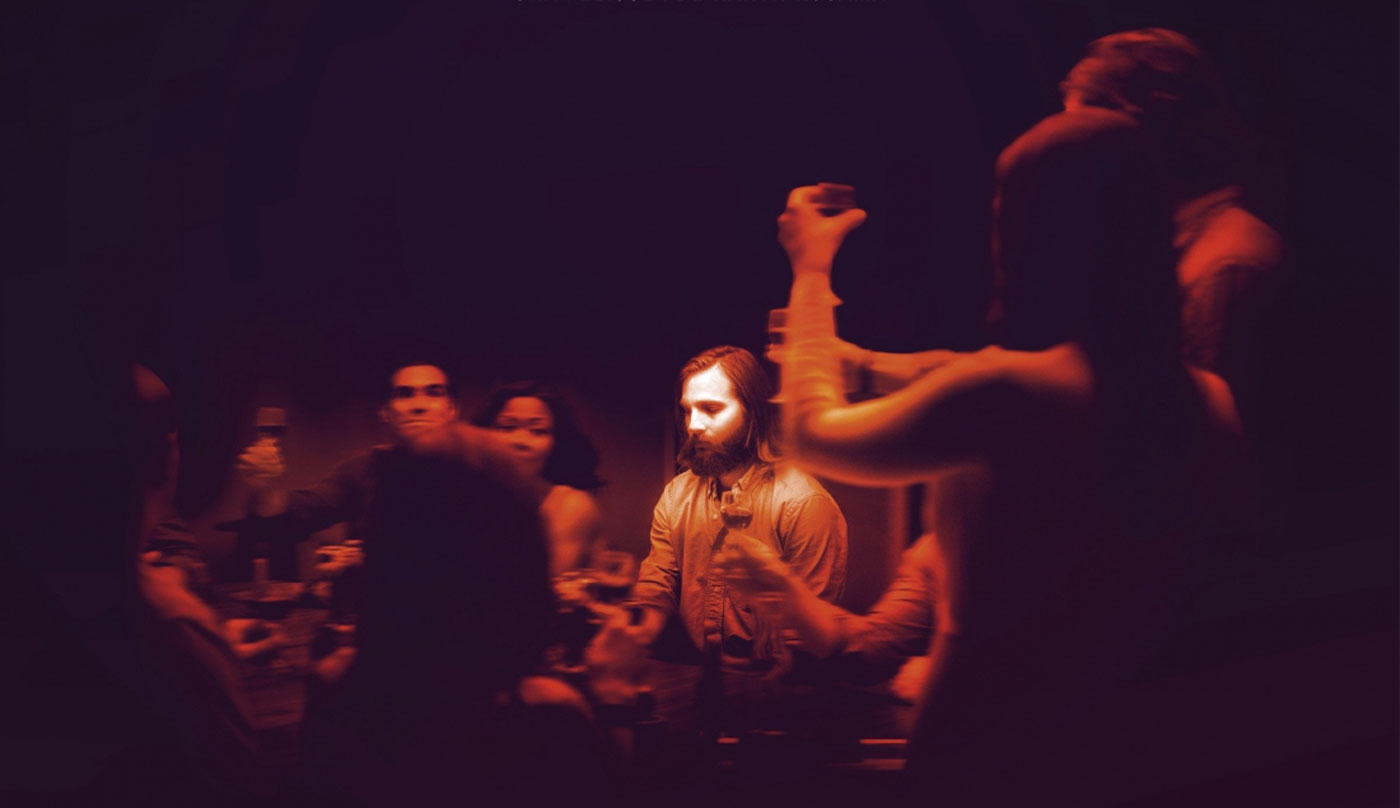 The other day I dove really deeply into a new movie I had never heard of before, until one of you all brought it to my attention that is! That movie was The Invitation, and you should watch the movie and then join in and discuss it with us. Well, I thought I was going to be able to post some questions that I was able to ask Phil Hay (the Co-author for the script, and husband to the director Karyn Kusama) but there was a little bit of a lag in that conversation that I hadn’t anticipated. But never fear… here is the highlights of the conversation that we had about his movie. But please understand that these questions that Phil answers would be better for you if you’ve already seen the movie. Which you can watch right [amazon text=here&asin=B01D0R0FNG]. There definitely are some serious spoilers in here. Even inadvertent spoilers that blow the doors off of even what was in the movie and what was in the script.

Taylor – “So I love doing deep dives into movies like Coherence, Time Lapse, Frequencies, Synchronicity, you get the idea, and The Invitation falls squarely into this genre of head-job thinking man’s movies. My first question about The Invitation is about the making of the movie and your script. I see Coherence as almost a sister film to The Invitation, party, friends, single location,… but Coherence was made by the actors riffing off of information they were given on 3×5 cards. Was your script fully realized and detailed out entirely? How close to the script did your wife (director Karyn Kusama) stay?”

Phil Hay – “The film is very precisely what you’d read in the script. First, because that’s how Karyn works. She is very script and story driven. Our actors are wonderful at feeling natural and spontaneous, but that comes from their investment in the words on the page. This particular screenplay also had to be very precise– both because most of the twists and turns are verbal, and we needed to walk very careful lines regarding what people would reveal and how, and because the language these characters choose, especially those who are members of The Invitation, is extremely specific. We worked the script very hard to make sure that when we got to set we knew where we were headed, because we couldn’t afford to waste a single hour.”

Taylor – “Oh wow, that is pretty impressive that the actors were able to bring such a natural feel to the movie with such a detailed script. Definite testimony to their acting skills. This definitely the opposite of adlibbing, but it worked out extraordinarily well actually. It felt like Coherence, which was also a house party setup, and yet it was the polar opposite of James Ward Byrkit’s technique on that movie.

“My next question deals with the genesis of this movie’s ending sucker punch… and where did that red lantern hook ending come from? (Dang that was good by the way.) I know it took M. Night like 80 drafts of Sixth Sense to realize that Bruce Willis was dead. Was it a quick realization or did it take time to get to your ending?”

Phil Hay – “We actually knew we wanted that ending very early. The movie sprung from a lot of discussions Matt (Manfredi, who is the Invitation Screenplay Co-author with Phil) and I were having about grief, about how it can isolate, about its power. We also were thinking of an emotional terror “what if” scenario: what if someone you loved disappeared and returned a completely different person? The characters and relationships started to appear, and then when we thought of the ending, that was the “movie-ness” we needed to work back from. We love movies where you only understand the story completely in the final shots– the lantern plot was that for us. That image was what we were always working toward.”

Taylor – “Oh that is good. The setup that you and Matt pulled together all hinged on Will and his internalized grief in the face of his ex’s apparent recovery. Eden seemed to have completely moved on from this broken person she was previously, which pointed all eyes on Will in a “what is your problem” sort of a way. And the balance of the first hour of the movie is completely about Will and his unwillingness (pun?) to move on.

“Forgive me, I’m digging and researching frantically, learning everything I can as fast as I can, and I just found a copy of your script – and I would say that that is definitely a fully fleshed out script. And already I can see a few key differences between the script and the movie, but basically the form and function are the same. The biggest spoiler question I wanted to ask was about Claire. Did she make it out of the neighborhood alive? But the script very clearly answers that for us.” If you can’t remember in the movie, Claire is the character that decides to leave early, and she heads out to her car, and is followed by Pruitt. Knowing what we know at the end, if you think back through, the question makes sense… right? Did Pruitt kill her and dump her somewhere? And in the script it shows her dying in the bushes below Will as he is looking out across the neighborhood on the balcony.

“But your script clearly answers that for me. As the audience, the moment we know for sure that something is wrong is when Gina hits the ground after drinking the wine, not when the camera shows Claire in the bushes. What was behind the decision not to show Claire do you think? (I went full blown spoiler here, don’t answer if you prefer.)”

Phil Hay – “We definitely had Claire’s fate in the first cut of the movie. It became clear that we needed ambiguity there very quickly. It’s one of those moments that worked great in the script but would have been completely wrong in the movie– learning the wrong thing at the wrong time. (I guess that’s a giveaway as to what the answer WAS.) But now, truly, to us it is an open question. There’s a part of me that wants to imagine Claire having made it out fine. I love her character.”

Taylor  – “Oh as a consumer of movies I definitely prefer ambiguity to rigidity. I like to think through the possibilities and determine for myself what is the most likely turn of events. Movies like Upstream Color that leave everything out there for the audience to consider is my idea of a good time. Or Primer, that sort of ties things up, but the more you think about it the more you wonder really what just happened. When I saw Claire walk out the door I was like… oh she is a dead woman. There is no way she is making it out alive. But then the movie zigs, and zags a few more times, and we are lead to believe that it’s just Will freaking out a little bit… the Pruitt really is a good guy, that Eden is fine… that it’s all in our imagination. Before we find out that it isn’t. So yeah, I agree with you on that one. It did work out fine in the script, but it would have been a disaster in the movie. It would have released all the tension and all the suspense, and then all we are left with is … so um, when is anything going to happen now? Which would have been bad. Because it’s the tension that explodes at the sixty minute mark and makes the ending so good. (IMHO).
“As a husband and wife team, how do you think that added to this particular story, (relationships form a huge portion of this movie) how did your wife help you make it better? The dialogue really has to be believable in a movie this dialogue driven. Was she involved at all during the writing of the screenplay?”

Phil Hay – “It is a real pleasure for Karyn and I to work together. And Matt is definitely family. The three of us get to work from a position of total support of and trust in one another, which is amazing and rare. Karyn always has many thoughts and ideas about the script, but she leaves the writing to us. Our process is to really meld aesthetically and philosophically about the story, get the script there, and then support Karyn as she does her thing. It’s a privilege to be able to look at your director and know that she’s going to make everything better.”

Taylor – “And that she did. Not that the script was bad. It was fantastic. But you can see that the collaboration definitely caused it to be better at the end of the day. Kudos to you guys for pulling off a super fantastic film that really is a rare thing these days. It wasn’t a franchise film, it was a small film, with a small budget, but with some really fantastic acting, fantastic characters and a rip-roaring ending. Thanks for all you did to bring it to us!”

What a great movie. And if you haven’t already seen The Invitation already, definitely find it and watch it, pronto. Never mind the fact that you just ruined it! hahaha.