Let Me Explain Why Icarus Documentary Will Blow Your Mind

Taylor Holmes
cinema
August 12, 2017
Let Me Explain Why Icarus Documentary Will Blow Your Mind and why Icarus will win for best documentary at the Oscars. It is a fabulous mind blowing film.
Storyline
Insights
Screenplay
Reader Rating2 Votes
4.9 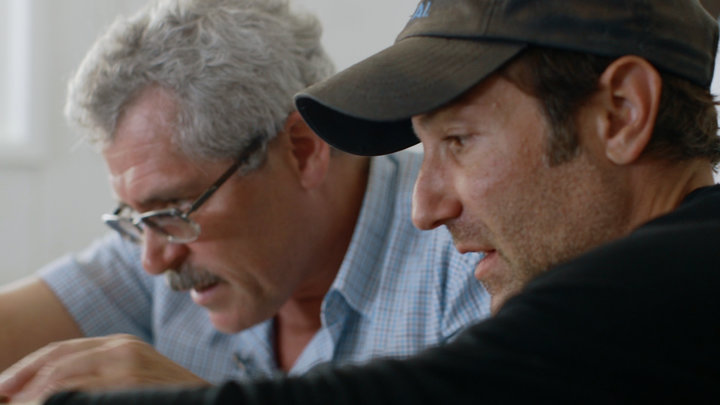 Let Me Explain Why Icarus Documentary Will Blow Your Mind

Just stop. STop stOP STOP. Look at my eyes… no, not over there. Here. Loooook HERE.

I watched Icarus last night and it literally blew my mind. It was a simple idea. Amateur bicyclist, Bryan Fogel, decides that he is going to start doping to see if it will significantly improves his ranking at the world’s most difficult bicycle race, the Haute Route. He will enlist someone from the world Anti-doping administration or maybe within the United States anti-doping arena to help him completely avoid getting caught during his drug tests. But when those individuals all realize how terrible this could be fore their career, they send Bryan over to Grigory Rodchenkov, Russia’s anti-doping director, in order to learn how to evade getting caught. (Yes, yes there was significant quoting from the book 1984… how ever did you guess?)

You’ve got the setup though right? Guy wants to tell the world how easy it is to not get caught doping. He wants to show the world how significant the improvements might be for those that dope and get away with it. And he wants to blow the cover off of an illegal activity that has been plaguing all of sport for years now. Right? Simple enough. Basically a Super Size me for doping. Clever. Except, that isn’t what happens at all. Here, check out this trailer and you’ll see what I mean:

How the heck does this movie go from Supersize me… to that?!? And that is the brilliance of accidentally being in the right place, at the right time, and just keeping your camera rolling. So yeah, go watch this movie on Netflix now. Leave work. Heck, don’t even leave work, take your iPhone into the bathroom and your new fancy AirPods, and sit there for two hours and watch this film. So much goodness. This movie literally is a real life Operation Avalanche. Which, is really saying something.

Icarus Movie Walk Through and Discussion 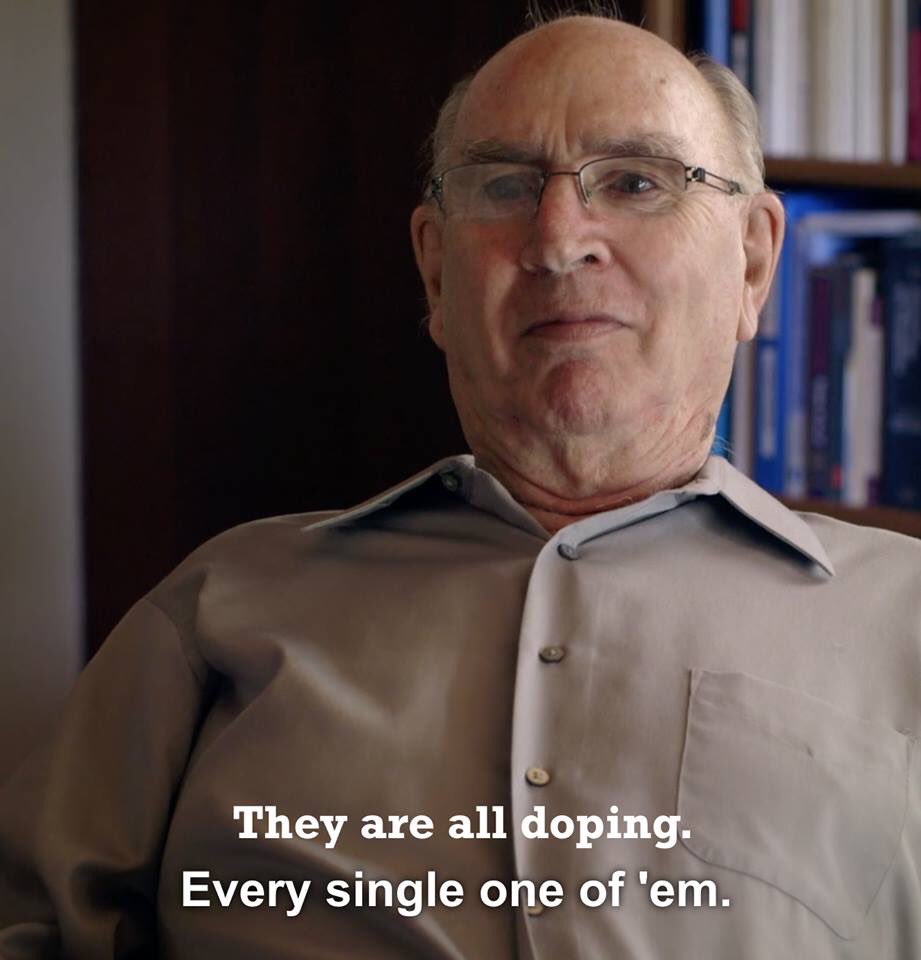 Like I said, this movie starts out with Bryan Fogle trying to improve his finish from 14th, to somewhere in the top ten amateur riders in the world. But that plan goes to pot (hahaha, see what I did there?) when Bryan’s gear shifter breaks and he drops ten places. But Bryan has placed not just his personal hopes on this idea, but also his movie plans.

But as Bryan is heading closer and closer to the race Grigory starts to tell stories of how the World Anti-Doping Agency (WADA) is starting to breathe down his neck. Bryan and Grigory would daily have Skype calls in order to max out Bryan’s regmine and make certain his samples were collected correctly. But as those calls continued, they began to become more distracted and complicated. Grigory would tell of regular visits to his lab and questions about his methods. And what is wild is that you probably remember the news on the flip side of all of this. The questions about the Russian Sports Program and the allegations out of Germany about the widespread doping of 99% of their athletes.

Eventually, Grigory comes to America to help Bryan with his doping program. Helps with training. And makes sure that the samples are all correctly dialed in. And the interesting bit of this section of the movie is the friendship between Bryan and Grigory that develops. Truly, I think that is the meta-story of this movie… the relationship that develops, the friendship, between Grigory and Bryan. And it could even be that the friendship blinds him even to the horrible things that Grigory has been a part of for so many years.

And that is one of the amazing things about this documentary, we learn just how vast this rot has spread. To be clear, I adore Grigory too. But seriously? He was the mastermind behind an enormous Sochi Olympics urine swapping campaign. He assisted upwards of 50% of all athletes within the Russian delegation for all sports, all events, even… stop, listen – EVEN THE PARA-OLYMPICS! I did find myself getting caught up in wondering whether Grigory was going to die, and I worried for him. And yet, he perpetrated a terrible lie on the international sports scene.

Eventually, as Bryan drifts deeper and deeper into this wild new world of doping he heads out to Russia to visit Grigory’s secret doping lab. And a few months later, this lab will soon become ground zero for the global headlines that decry Russia’s global doping campaign. Which, really? Just blows my mind. Regardless, Bryan and Grigory soon realize as the reality of what Russia has done starts to become known, Grigory realizes he is in very real danger. So Bryan buys him a ticket to get out of the country. His family stays behind and just like that Grigory flees for his life. 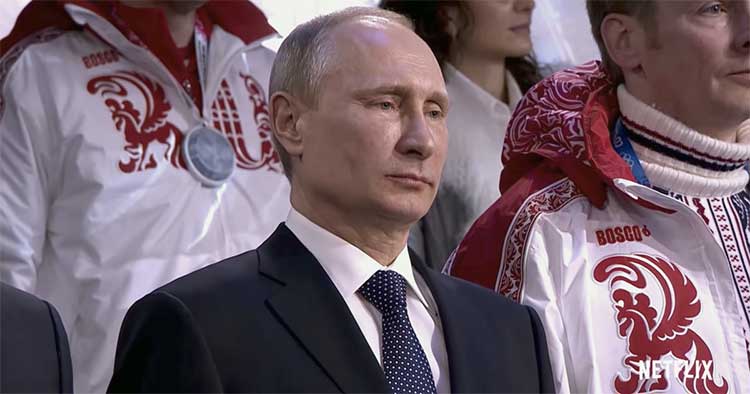 As this story and the scope of what Russia has been involved with expands I really sat with my mouth wide open throughout the duration of the film. By far and away my favorite section of the film was when Grigory explains the extensive, and complicated scheme they enacted in order to swap urine samples out for all of their athletes. I had no idea I would become so interested in drug testing bottles and the mechanics of opening an unopenable bottle! I was riveted to my screen just staring in awe. And to think! They were undone by scratch marks they left behind on each of the bottles??!?

This was literally, one of the best James Bond movies I’ve ever seen. (I actually despise James Bond films, similar to how I dislike Marvel movies… I know, I’m strange.) Replaced electrical sockets. Opened open-proof bottles. A bottles, B back up bottles. Clandestine visits from the KGB with magical Harry Potter like abilities. Just an amazing saga. And what it tells me is that Putin would have done absolutely anything… anything to win the gold count at his Olympics. Anything. Including killing people to keep the story covered up. Just amazing to me. Which, segue ways nicely over to Trump and his moral-less compass, but I’m not even going to go there right now.

I have spoken before about just how much I fell in love with the Tour de France. And how personally I took the betrayal by Lance Armstrong. It was just gut wrenching. There was one quote in this movie that states exactly how I feel… “Who wants to watch a match that is fixed?” Too true.

And while Icarus was a failure as an initial movie concept, I am amazed and impressed with how Bryan stuck with his story and continued chasing this lead. To see this story told from the inside out is really just an amazing, mind blowing experience. Definitely hope that Bryan wins an Oscar for this work. Netflix too. They deserve all the credit they receive for this fantastic film.