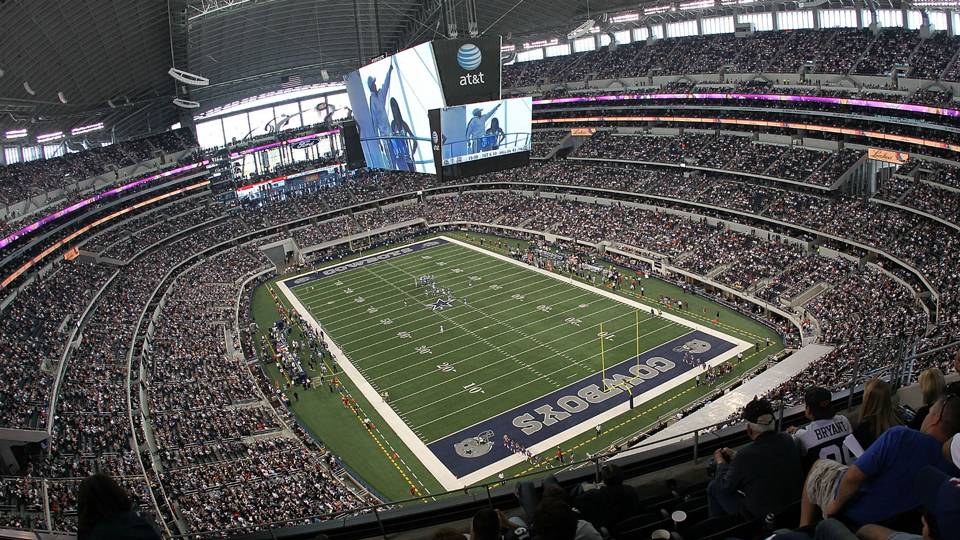 A precipitous sort of evening…

A precipitous sort of evening…

Tonight is an interesting night. Wait, this isn’t a normal THiNC. post. Normally I talk to you guys about movies. We yell at each other about their meanings, and we buy each other a beer after, and talk about how good the argument was. (Or that is what happens in my head anyway.) But tonight’s a different kind of night. At least in my little world it is. Wait, before we go any further, hit play on this video and then, right click it, and hit loop. We might as well be on the same wavelength while you read… and holy cow Heather Hammers is off the hook.

Not exactly sure what I am doing here, or what I plan to say, but, here we are. I remember when this blog was mainly just these sorts of random riffs. I’d sit down at the keyboard and just flip out about milk carton designs. Or artists working with toothpicks. This conversation about the fact that the world is a ghastly marching towards the inevitable wood chipper. Or a book that lit me up. And I’d talk to myself about it. And I’d exorcise my demons on the topic and then it’d be gone. Until the next random possession passes. If you sort back through my first few months of blogging, back in 2009, 2010, this post I am writing right here is what I generally did. And I guess I’m sort of talking myself into the freedom of doing it again. Just a mustering of the strength to fling myself against the tides once again.

I’m thinking a number of things got me here. 60 hour work weeks, plus, flights out to locations across the U.S. to test the tech I spent the previous 60 hours building. So 90 hours later, I make it home for a half day break. And then back to it again. Why, doesn’t really matter, but tomorrow my tech will be talking to over 80,000 people at once in a single room. (It happens to be a really really big room.) As a result? I think I might be on a precipice.

Have you ever gone all in on something? Anything? Doubled down on that thing, leveraged your house to make that one bet? Metaphorically speaking. And then, when naysayers came along, saying it wouldn’t in a million years work, did you double down again by hocking the rest of what was left of your reputation? You know this thing I speak of? This doubling, tripling and quadrupling down on an idea? And then you just burn it all down to make that thing happen. You white knuckle it, cutting and scraping and clawing to make this thing happen. That’s sort of where I am today.

But it’s the why that matters here. Because, really? Who gives a crap about my cut and scraped knuckles? Honestly.

Harvest is a movement that came out of the Jesus movement of California of the 70’s. It’s a movement that is connected to the Billy Graham revivals, and they seem to have taken up the lantern in that space, and are bringing the gospel message of saving grace to millions of people each year. Why? Because no one should be without the knowledge of what God has done for them. His salvation work on the cross and how that changes everything. And tomorrow, Harvest will be presenting the gospel to 80,000 people in the Dallas Cowboy stadium. And that is a not insignificant encounter. Heck, if it was just you in that stadium, it would not be an insignificant encounter. 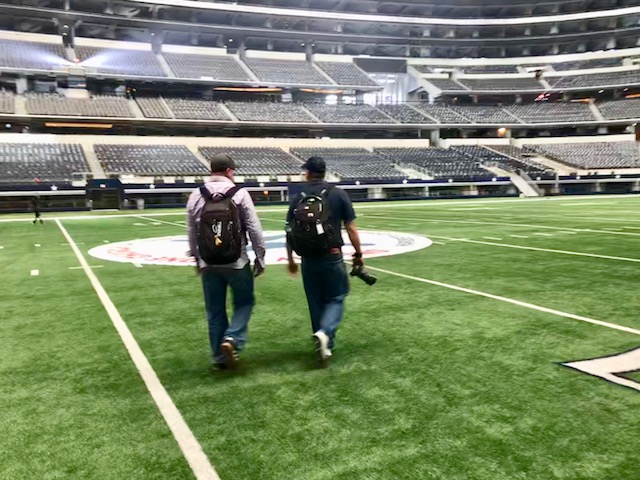 And, amongst this not insignificant encounter, in the midst of this monumentalness, we get a chance to offer people a chance to sponsor a child. To save one child. To intervene on their behalf. And many of these kids, their families live on dollars a day. 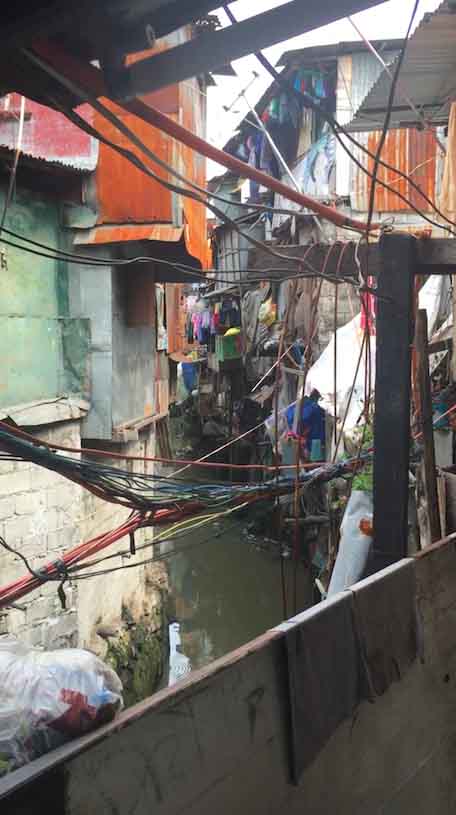 I remember this one time, I was heading to visit a family deep in the bowels of Manila. And deep in the bowels, that is really the only way to describe it. The places where Compassion International works? They are in the roughest, darkest, scariest places on the planet. And so we took a Jeepney deep into the city, and then a trike taxi (that got stuck in the mud of the assaulting rain), and I got out and pushed. Anyway, we then trekked further into the heart of this community, in little little alley ways, that had hanging and dripping laundry everywhere above our heads. Watching above for dripping crap. Watching for below, where there is sewage on the ground. And the smell. Until we arrive at a vertical building, and we are taken to the building’s stares, and begin our ascent. About seven or eight flights up as we are switching back to go up another flight of stairs the family stops.

Picture this. We were turning to go up another flight of stairs and the family stopped. Nothing was there. So I asked why we were stopped. And they indicated through their translator… this is their home. Understand this. The landing was half in, and half outside. So I said, no… where is your bed? And she pulled a rolled up mat stashed in a nook, and snapped it open, and put it on the ground. You 6 sleep here? On this mat? Yes, she nodded. What about your kitchen? And the mother pulls a bunsen burnery thing out from another nook. Well. I was done. I was about to completely break down. So I turned to the other most senior compassion employee nearby, and hand them the family gift I was supposed to deliver, and I asked them to handle the family visit. And I walked back down and out into the rain.

And I sat out there. In amongst the pools of sewage. In the dank, smelling rain. And I cried. This photo that I included here (for mobile phones its above this text… for laptops it should be over there —>) is just one random photo I snapped as we were leaving and heading back out. These homes in this photo? Every single time it floods they all disappear. And they build it from scratch. And this flooding thing? yeah that’s seasonal. It happens all the time. Quezon City in Manila is pretty crazy.

So back to my going all in. So yeah, sitting here tonight… I’m leveraged. And my leverage? Yeah, that’s leveraged too. I am all in on accosting rich people like yourself (Stop. You are rich if you have plumbing. Don’t even start with me… I’m in no mood right now) and convincing them to give up 38 bucks a month to radically transform lives like the family I met that lives in that stairwell. 38? You may just spend more on your ice cream habit a month than you would on radically intervening in one of these kid’s lives. (I literally just looked up a few stats, and then did some math, and realized, that if you have a family of five, you probably spend upwards of almost $30 bucks a month on ice cream alone. Think I came up with $28, but I’m not a statistician, and this was based on 2016 numbers.)

We’ve figured out a way to send a child to your phone that you can sponsor. And I’m letting 80,000 take a crack at it tomorrow night. And my goal? To radially transform a rich American’s life through the invasion of poverty in their lives. And my goal is also to invade the life of a child trapped by the hopelessness of poverty.

But I would be remiss if I didn’t mention, I’m just as enthused about you having a God encounter right now, right here, as I am saving these poor children from the virus that is hopelessness. And if you don’t personally know your creator, and would like to, email me. God is rabidly chasing you down. And I’m certain he is calling yourself to himself.

And tomorrow, if the tech crashes, and the idea ultimately fails… I plan to get back up and dust myself off and leverage what is left all over again. Why? Because billions of children live in desperate poverty. And better yet? Americans every day live in desperate spiritual poverty. Maybe you do too? Chat me up. Let’s talk. Because God is chasing you down. And that is why I like it on the precipice and I’ll keep scaling these precipices in order to do absolutely everything I can to change the lives of children the world over.

(ok, you can stop the song now. me personally? It’s still playing hours later. And I don’t envision it stoping any time soon.)