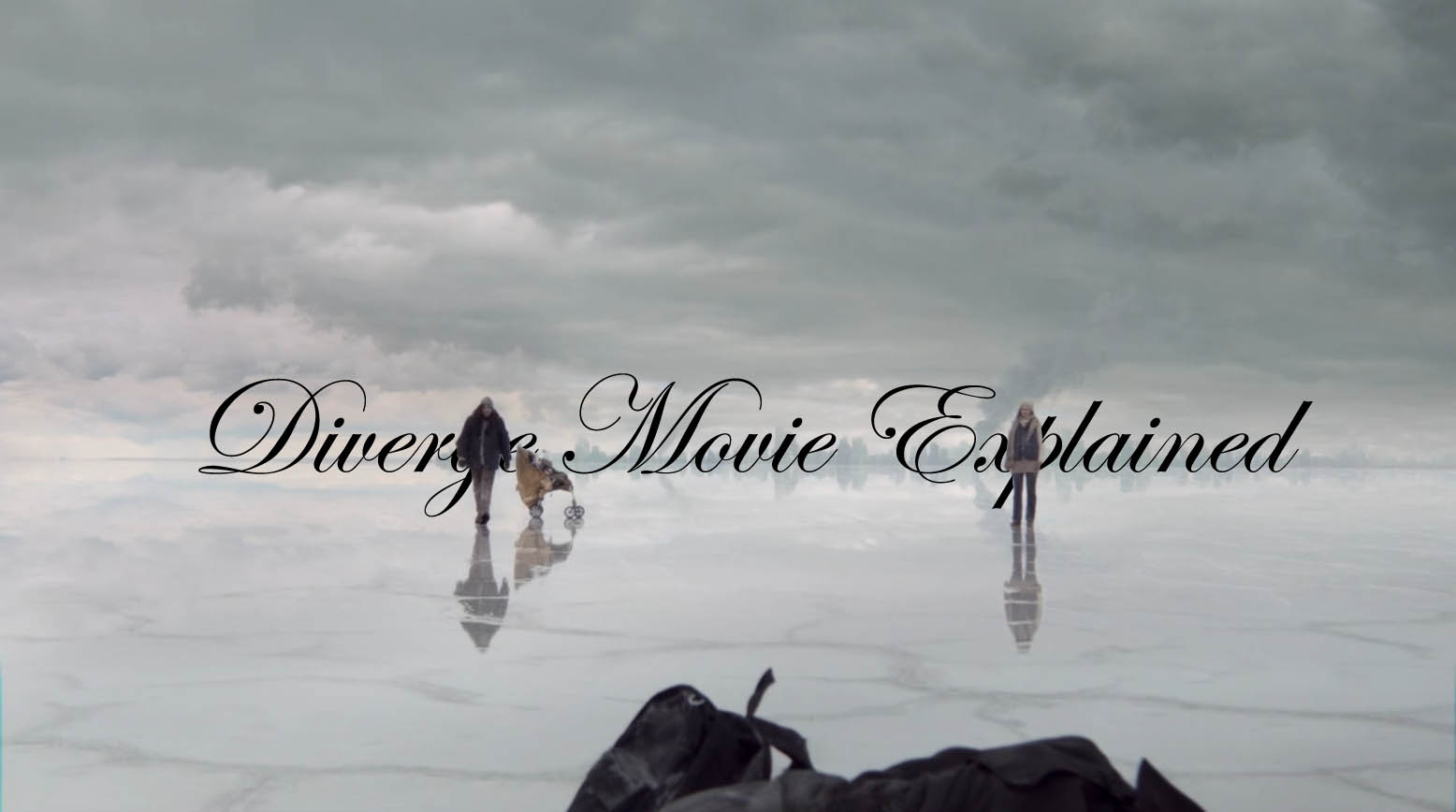 I literally only decided I’d talk with you guys about the movie Diverge at T Minus 5 seconds before the credits rolled. Yes, it’s a time travel movie, and I am a total sucker for even the simplest of time travel movies. And yes it’s basically a rewrite of the 12 Monkeys from an upside down angle. So it would make perfect sense that I would adore Diverge. But, it took me a solid week to get through it.

Simple enough. Not even worth throwing up a spoiler alert warning for. But it was at this moment I knew I had to talk to you guys about this movie. And if you just wandered up to the Google, and asked it to explain Diverge to you, you’ve come to the right place.

But if you are just looking for a movie to watch, please do so here first —> first. And then, come and join us – because I just really don’t want ruining really great movies for people near and far, on my résumé. No thank you. Right? So watch this trailer, then swing on back in order to talk through the ending and figure out what the heck happened in those last five seconds.

Ok. Let’s go after it, everyone here that is supposed to be here? Perfect. Haven’t seen the movie yet? You can watch it right here:

As I said before, I wasn’t an enormous fan of the overall movie. And though it redeemed itself ultimately, it really was tough to make it through. So instead of doing a deep dive walkthrough, I’m just going to throw a timeline at you, in order to make certain we are all on the same page. And it will serve a second purpose in that we’ll be able to reuse the timeline once we hit the end of the movie. Ok? Thanks for being so amenable. As a note, the man that invents time travel, his credited name is “Leader.” And I note each character 1 & 2 based on order in which we see them, not chronologically.

In order to Keep the primes, and the secundes straight, I had to flip some of the beginning to the end. But hopefully that makes sense. Which, should point out a really significant epiphanic moment. The moment in the last 5 seconds that made me revisit the entirety of the movie. And, after having a hard time getting through the movie, I watched it over again without stopping. Why? Because Leader1 was wrong. Why? Because their understanding of how it all worked was 100% wrong.

So, I’m not certain if you get this or not. But Chris and Anna? They are totally stuck. Well, not them, but Chris3, Chris4, Chris5, ChrisN, AnnaN, were stuck. Leader1 declared that the moment that Chris1 first went back in time, he cemented a new timeline different from the last. This idea, timeline divergence, is the polar opposite of the idea thrown out in the great time travel movie, 12 Monkeys by Terry Gilliam. In 12 Monkeys the timeline is locked down and unchangeable. The time traveler can go back to that time, but he can do nothing to change it. But in this particular movie, Leader here is saying, time travel, and boom! New timeline! New opportunities. New diverging eventuality. And the entirety of this movie presumes this assumption.

But that isn’t how this movie works. Not even a little bit. Leader1 is completely mistaken. By traveling back in time, Chris1 has caused a glitch in the fabric of time. It’s as if someone has chucked a big rock into a river. And what happens? The river hits it, pivots and then flips back on course again. And the rock? Is the anomaly of the events of this movie. And while it did cause time to change, somewhat, it also chinked right back into place again. And here we have the continuing rumble of the events of this time travel, repeating over and over again.

So, at the expense of over explaining  this concept, I’m going to over explain. The first time Chris was asked to steal the plants and his solution to the pandemic, Chris did it. Then Leader came to him and time-traveled his sorry butt back into the fray. And when Chris gets a second shot at it, he refuses, and then kills the two guys intent on taking the plants regardless. Then, Chris’s younger self walks in… and the stand off ends with Anna stabbing the older Chris. Older Chris then heads off and leaves them to be. But still the baby dies, and Anna gets sick. Better yet? Older Chris manages to get sick and die as well, only to have his doppelgänger find him dead, take his gun and have his younger wife take his shell that he found.

Do you understand why Chris smiled like he did at the end when he found the shell? It’s because he realized that he was meant to die. He realized he would die, and that he’d be found. He realized that this was all for absolutely nothing. And in that respect, this movie really is similar to 12 Monkeys… deterministic to the core.

Diverge isn’t a low key sci-fi primer that you’d send your unwitting friend or mother into. It just wouldn’t pan out well. “So, there were two Chris’s on the screen. And one of them… uh, his wife stabbed one? Why? But I thought the wife was already dead? While camping in the desert? And what’s the deal with the shell?!?” It just wouldn’t be worth it.

But I have to admit, I wasn’t even sold on the movie for the first 40 minutes. And even when I did get quasi-interested, I didn’t really get sold on the film until the last five seconds and the shell hit the screen. Which is probably the only reason I’ll be adding this movie to my THiNC. WRECKOMENDATIONS list. (Yeah, I do all my own marketing. Pretty great right? hahahah. Which, is one of the best places to find more movies that you might like if you enjoyed this one.) At the end of the day though, the movie worked out even though I’m thinking 90% of the people that watched it didn’t understand the ending. It was still a clever mindjob of a movie. What did you think of it?

Where to watch diverge