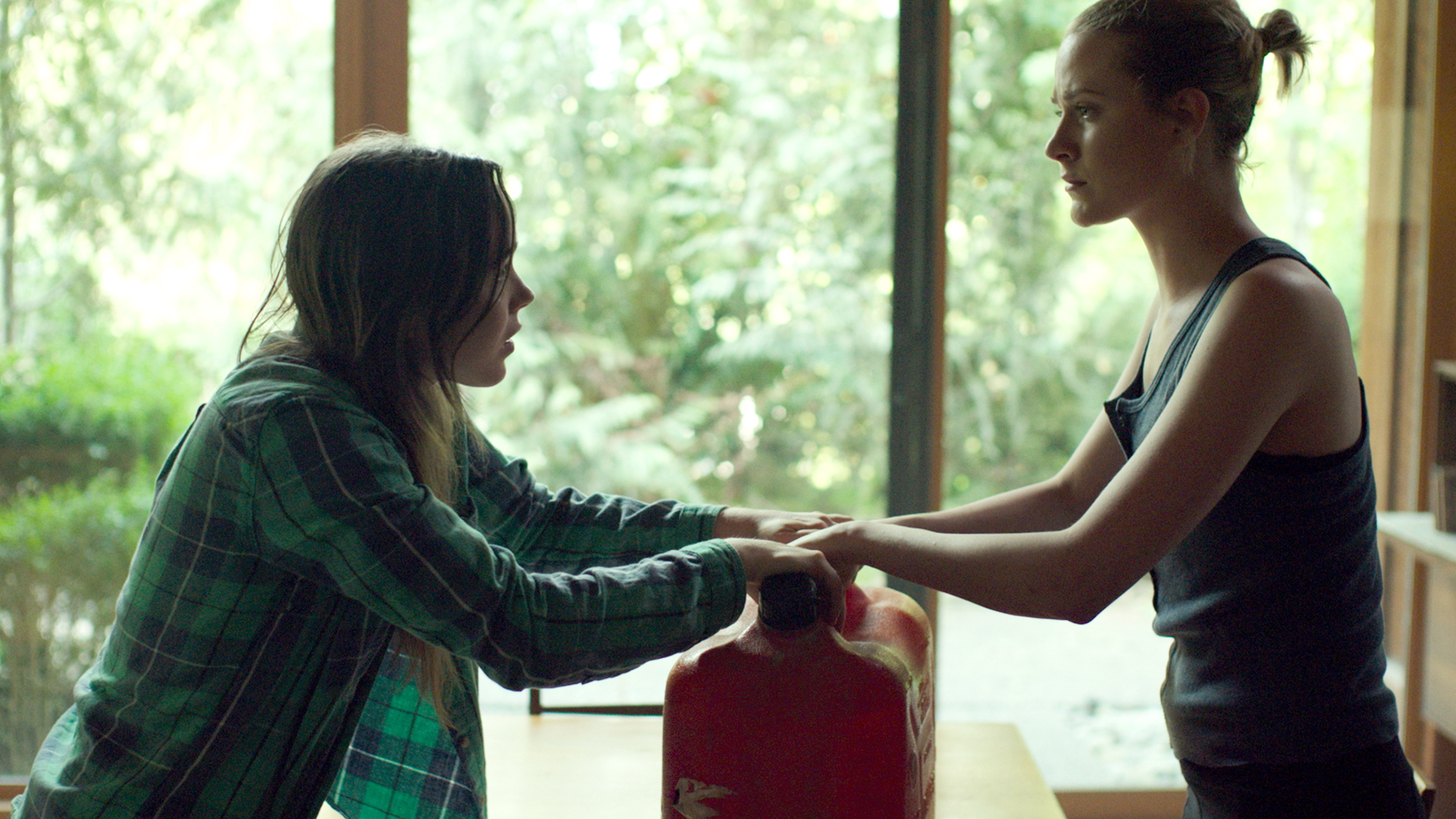 Into the Forest is a Movingly Realistic Post Apocalyptic Force

Taylor Holmes
cinema
December 16, 2018
Into the Forest is a Movingly Realistic Post Apocalyptic Force. A force that will make you wonder what really could go wrong if we accidentally stumbled into the end of the world. IMDB
Action
Screenplay
Directing
Characters
Reader Rating1 Vote
4.1

There’s something about a realistic apocalypse. Pick your reason. Asteroid. Nuclear war. CO2 chaos. Polar icecap melt. Shark-nado. What have you. Whatever the reason, to consider the effects of said new world, in a realistic way? Now that is compelling in my mind. Like really real. Cormac McCarthy’s The Road. Or It Comes At Night. Or maybe Z for Zachariah. Possibly Children of Men. Oooh, The Survivalist – that’s a dark realism you won’t be able to scrub off afterwards. You are getting my drift I’m sure. What happens when the power goes out in a city, and just doesn’t ever come back on? What happens to our supply lines? What happens to the flow of diminishing gas? What happens to our country’s need to supply for a hungry nation? And if this sort of a movie turns your crank as much as it does mine, then Into the Forest is another great movie in this oeuvre.

And because movie discussions are 100% what THiNC. is all about… if you haven’t seen this movie yet, well, then would you kindly move along? Reading the rest is just one big spoiler… and this movie is good enough it doesn’t deserve to be spoiled, like at all.

Quick Walk-through of Into the Forest

Sisters Nell, and Eva (played by Ellen Page, and Evan Rachel Wood both known for a pile of amazing films and TV shows, like, oh, I don’t know Inception, Westworld, Hard Candy, and the like) are living out at their ultra-modern “cabin” out in the woods with their father (played by Callum Keith Rennie – uh, Memento anyone?). The tech dials the time for this movie in the near future… but maybe 10 to 15 years out? Hologram screens, and new home control tech seems to permeate their cabin. But all of that goes away when the power goes out suddenly, and without any explanation.

We learn that the sister’s mother had passed away not too far back, and maybe the trio are there in the woods in an attempt to recalibrate this new normal. But without power, and even less answers, they start in with the laborious task of figuring out how to survive sans electronics, music, lights, and all the things we take for granted today. (Seriously, life would quickly become primal if the power grid just went away. I had a fridge flake out a year or two ago, and the rotting food was enough, by itself to send our family into a tailspin. And that was quickly rectified.) But this trio figures out a way. They buy salt, and canned foods with their last trip to town. And they settle in to wait it out… assured that the lights will eventually come back on.

But when dad died while cutting wood, the girls are on their own. And dad’s final words to his daughters? Love each other. Which, is a pretty powerful final word to anyone. He had an idea of what was about to happen, and how the girls were going to need each other. He also knew that the two of them were about as different as night and day.

And sure enough, their relationship is pushed to the limits with the work necessary to keep the house going without power. And when Nell’s recently new boyfriend, Eli (played by Max Minghella of the Social Network and Handmaid’s Tale) shows up on the door their conflict goes to a whole new level. Eva just wants Nell not to get pregnant and, oh, by the way, Eli wants the two women to come with him as he and some friends head east. Oh why? Because there are rumors that maybe there is power in the east.

But Nell ultimately decides to stay with her sister who isn’t going to leave their family’s home. And when Eva is raped by a random person from town, it throws their recently new found equilibrium out the proverbial window. Nell eventually, sheepishly, recommends they abort the child. Eva blows her away though when she decides to keep the baby. (Personally think this is the decision most ripe for discussion in the comments below). But Nell eventually comes around and does all she can to help her sister. And when Nell realizes that Eva and her soon to be born baby definitely need meat, Nell goes hunting and brings home a wild boar. And when the house starts falling down around them, Eva decides she is going to burn down the house, and move along.

Thoughts on the Movie Into the Forest

The movie was intriguingly realistic. For example, if the power just instantaneously went out and never came back on, the odds are that wouldn’t hear much in the way of reliable news. Especially out in the woods.

But, without a doubt, the most interesting, and controversial snippet of the movie had to be about Eva’s rape, and the resulting pregnancy. I don’t really care where you stand on the pro-life/pro-choice spectrum, but if you suddenly got pregnant midst a post apocalyptic nightmare like this one? You are going to reevaluate all that you hold dear on this topic. Even worse? You get pregnant at the hands of a rapist? The conversation gets ultra messy really really fast. But the heroic/herculean bit? Was Nell’s acceptance of Eva’s child just the biggest picture of love and grace ever? A portrait of real love. No? I mean, considering the fact that they both could have died as a result of that particular decision. Just saying, I found it to be a fairly impressive plot twist seeing as though their lives were both on the line.

The very end of the movie though, was interesting, in that they burnt the house down. What could that have possibly meant? Or why do that? Well, it was probably the clearest metaphor for giving up the old, and accepting the new. That Eva had decided it was better to accept the chaos of this new world as opposed to holding on to the memories and the past come what may. That the world wasn’t ever going to get its electricity back. That the old ways were dead. And maybe it was a little heavy handed, but seemed like an apropos way to give us the answers we wanted by signifying the past all dead with the fire. I don’t know. Just thinking out loud here. What did you think of the movie?