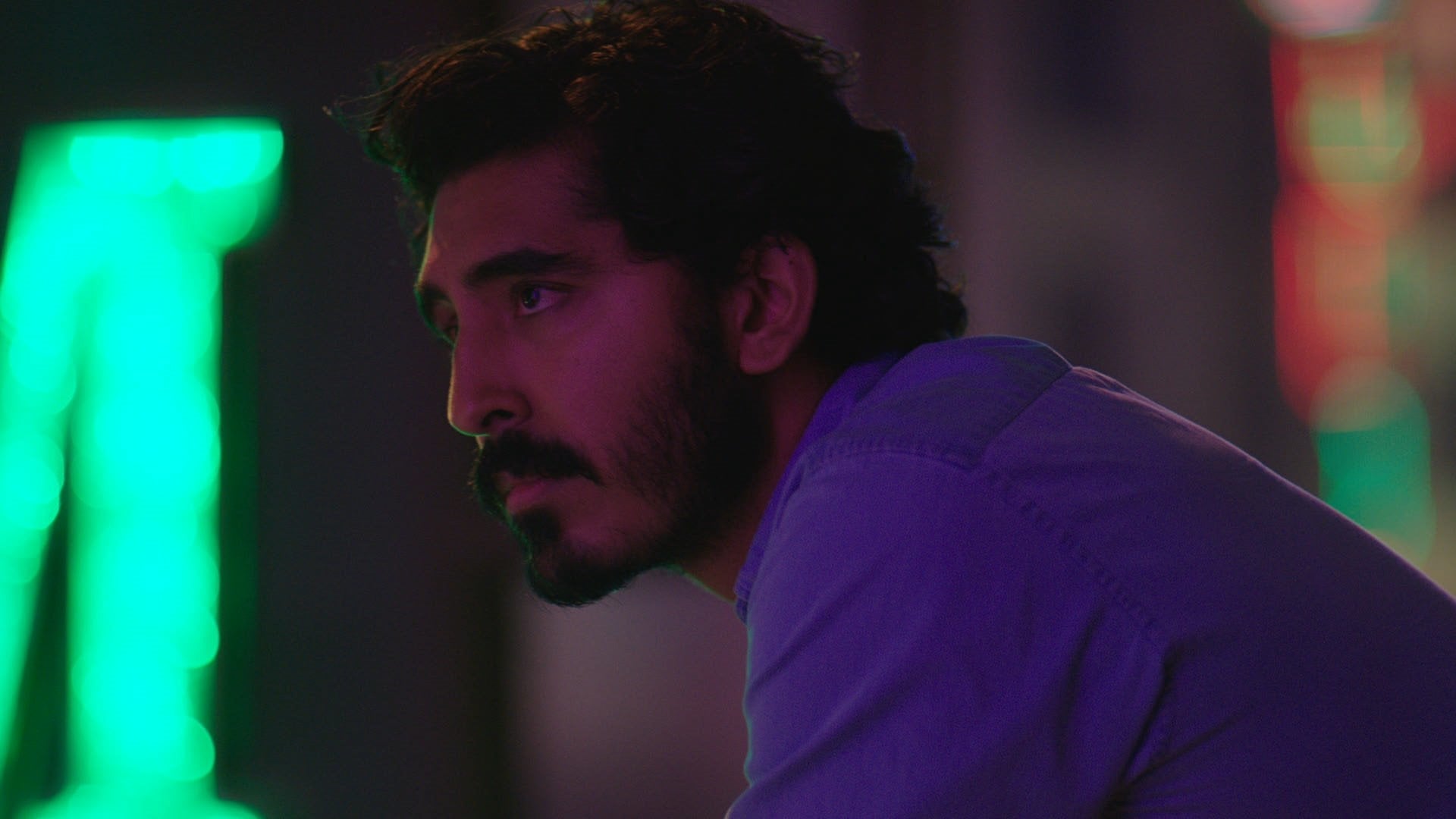 Explaining Why The Wedding Guest is Actually Perfect

Taylor Holmes
cinema
August 4, 2019
The Wedding Guest is not a comedy. This much I know for sure. It's not Dev Patel's normal fair. It is shockingly not that. But it is a fantastic piece to get you to think more about what we expect from our heroes and especially our heroines.
Screenplay
Acting
Action
Direction
Reader Rating11 Votes
4.5

This movie was probably panned by any real movie reviewer or movie recommendation site (save for mine.) Why? Because it breaks all the normal rules and gives the audience nothing that it hopes for, and yet everything that it deserves. So let’s get to explaining why The Wedding Guest is actually perfect just the way it is…

I love movies that right hook viewers without giving it a second thought. Movie screenplay authors that know audiences are leaning hard one direction and jerk the car all the same, and toss everyone out the window, get a vote from me. If, when the movie ends, people are left hoping for another shoe to drop, hoping above all hope, that the movie makers will save them somehow, then you have just experienced true movie making magic. If you are confused…think about it…what made you so confused? If you are mad…think about it, why?I remember sitting next to indignant viewers as La La Land ended and the lights came up. It actually made me laugh, probably louder than appropriate, to hear people angrily exclaim towards the theater ceiling – “WAIT, WHAT?” And we sort of get that same sort of, “Wait, What?!?” ending here as well with The Wedding Guest.

But I’m getting ahead of myself…yet again. The Wedding Guest is the Dev Patel thriller – not comedy, no matter what that title, and this person right here, is telling you – that this really is a crazy, adrenaline-jacked, suspense-filled nail biter. Which was fairly awkward for me in that I was settling in for a wasted 2 hours, and a few laughs. But no…I got Dev Patel, the evil sociopath instead. The Wedding Guest tells the story of a man, hired to abduct a woman who does not want to marry the man she is about to marry. But when things go pear-shaped in nine different ways, the abductor, and the abductee, need to figure out what they are going to do next.

Hey, you! Before you continue reading – you have to watch The Wedding Guest movie, right now – and luckily, I have all the locations you can watch it online right here for you:

Now – if you haven’t seen the movie yet, you need to go do so, quickly, so that you can join us for the rest of this discussion further down the page. Why? Because it’ll be spoilers from the top to the bottom. And you want to have an opinion as we discuss this. Trust me. And the only way to do so, is to watch.

The Ins and Outs of The Wedding Guest

This movie has roots in about a million 80’s thrillers that we all know and love. Sad wife asks for help with her abusive husband in order to collect the million dollar insurance claim after he’s long dead and buried. Right? But instead, it’s a hired professional abductor who will free the bride-to-be from the social bonds of Indian social strictures. But when Jay (Dev Patel) and Samira (Radhika Apte), find themselves with a dead family guard, and with Samira’s boyfriend totally wanting to walk away, they have to figure out what to do.

But here’s where this movie gets interesting: the Moral Laws and Morés of Hollywood film making. I’m not sure you noticed, but movie making has required rules and rigid guidelines for what one can and cannot do in a movie. The most important of which is, that the hero is never allowed to kill anyone. Not really. Not selfishly. And if they do, they will pay for it with their life at the end of the movie – in a blood for blood, laying down their life exchange. Well, Jay, murders a guard in the first half hour of the movie. And this guard is basically an innocent bystander. It’s the worst of all murders possible for our intrepid hero. It’s a murder that flips him from the category of hero to anti-hero.

So, our anti-hero, and Samira, are scrambling to figure out what to do next after they learn that Deepesh – Samira’s boyfriend – is backing out on this plot of theirs. And the original plot, just so everyone is on the same page, was that Deepesh would replace his parents’ valuable diamonds from their diamond business, for fakes, and join up with Jay and Samira, after she was saved from the clutches of a horrible husband-to-be, in order to whisk quietly away into anonymity and luxury. Or not. When a heated argument between Deepesh and Samira turns violent, only to have Jay kill him ruthlessly, we notice that our hero’s murder count has now doubled to two. Two! He’s now wandering out of anti-hero territory and going over to the dark side entirely. He’s not dipping his toe into manslaughter-ville here, he’s gone full-on swan dive into the deep end of premeditated murder.

And after Deepesh finds himself dead, Samira’s first thought isn’t to her now dead husband, but rather to her need to cut a deal with his murderer. She is thinking 100% about herself. They are both all in on this atrocity. Two dead people, and millions of dollars in stones.

How to End The Wedding Guest?

Normally, if this were an 80’s thriller, the ending would be simple. Jay falls for Samira, and even though he has the stones, the passports, the means; Samira swindles him through love, sex, and alcohol. He wakes to realize that the ultra-innocent beauty wasn’t so innocent after all. If this were a grifter flick, she would run on him, with the guns, the stones, and the money, only to learn that he’d swapped them for the fakes when she wasn’t looking and now she is out of options as he flies first class to Bangkok. Or what have you. These are our normal options for a movie like this one.

But instead, the now coupled duo, head off to wait for the heat to die down. And during a moment of passion, Jay almost gets away with telling her a lie about what his real name is, but then she doesn’t allow him to continue. She stops him from telling another follow up lie – or a follow up truth. Either way, Samira stops him. And then, while Jay is sleeping, Samira takes the money, leaves him 5k, and hauls it into the wild blue yonder without giving Jay even the slightest of backwards glances.

So what does The Wedding Guest’s ambiguous ending mean? Well, for one, we know that Jay wasn’t deserving of love. True love that is. He’s a two-timed cold-blooded murderer. And although Jay deserved death at the end of this movie, his fate was a fate worse than death. That although Jay played it cool when she left, Jay is doomed to live a life of misery. Misery in penance for the murders he committed. Misery for the lack of contrition he showed for murdering the guard, and then later for the death of Deepesh.

When I first saw the screen fade to black, and Jay didn’t go to his backpack to reveal the swapped gems, I was blown away. And as I realized that there wouldn’t be a double, triple reverse flip as this movie ended, I had to grapple with what this movie was saying about these two characters.

The Characters of Jay and Samira

Did you notice that we didn’t know anything about Jay? He told some of the wedding guests things about himself, and how he knew Deepesh, but we know that those things are lies. We literally know nothing about him. Not his name (as indicated by the final scene or two). Not even where he is from. Nothing. We know that he took a job from Deepesh on some online board to abduct Samira. That’s about it. We don’t know anything about his motivations, or his losses. We don’t know any of what brought him to these catastrophic life choices. How much money did he make for the murder of that guard and the successful abduction of Samira? 20k? I can’t remember. But that? That’s all? Hell, let’s round up to an even 50k to abduct her and then put her back. No! That isn’t worth murdering someone over. So there is a story there, there is a reason for his staring into the abyss of first-degree murder and not blinking.

And Samira? She’s not much better. She and Deepesh have a plan to hoist his parent’s diamonds and go on the lamb for the rest of their lives? To bite the hands that feed them? They both come off like spoiled brats. Heck, Samira didn’t shed a single tear when Deepesh died, violently, in front of her. Yes, he was walking away from her, but that tells me she was going to play him for the diamonds. She must have been planning to stab Deepesh in the back from the beginning. Jay and Samira are opportunistic sociopaths. Sure, they entangle, or enmesh, momentarily, but then they head off in their own directions. Neither one can be honest with the other. They don’t have it in them. And so, it is better, that they just twist the knife and go.

I, at first, wanted the standard thriller endings for this movie. I wanted a deeper con, and I wanted a trick up its sleeves. But the more I spent thinking about this movie, the more I realized just how much this little film was saying. What it was saying about our desires for insta-friendly photo locales (which, were amazing by the way). What it was saying about our selfishness, and lack of empathy for others. That it was telling us something about our lack of deeper roots and connections to others. And at first I loved this about Jay. He was a machine. He systematically and methodically made this abduction happen. And it was one of the most realistic abduction scenes I’ve ever seen. It was fantastically shot, and realized. But then it was that same surface level efficiency, and tactical-only focus that caused me to realize we had a problem on our hands. And not with Jay, I mean, with us.

Like I said, I didn’t like the ending at first. But then the fact that it kept me thinking for days, really warmed me up to it. It caused me to consider what else it might be saying about us. I get it that the movie bombed. I understand most people hated it. I don’t care about most people. I want smart movies that are enjoyable, and are fun to think about long after the final reel has finished and the lights have come up. If you are looking for a movie in this same wheelhouse, but with 12 more twists to it, you definitely have to check out Unknown. Loved that movie.