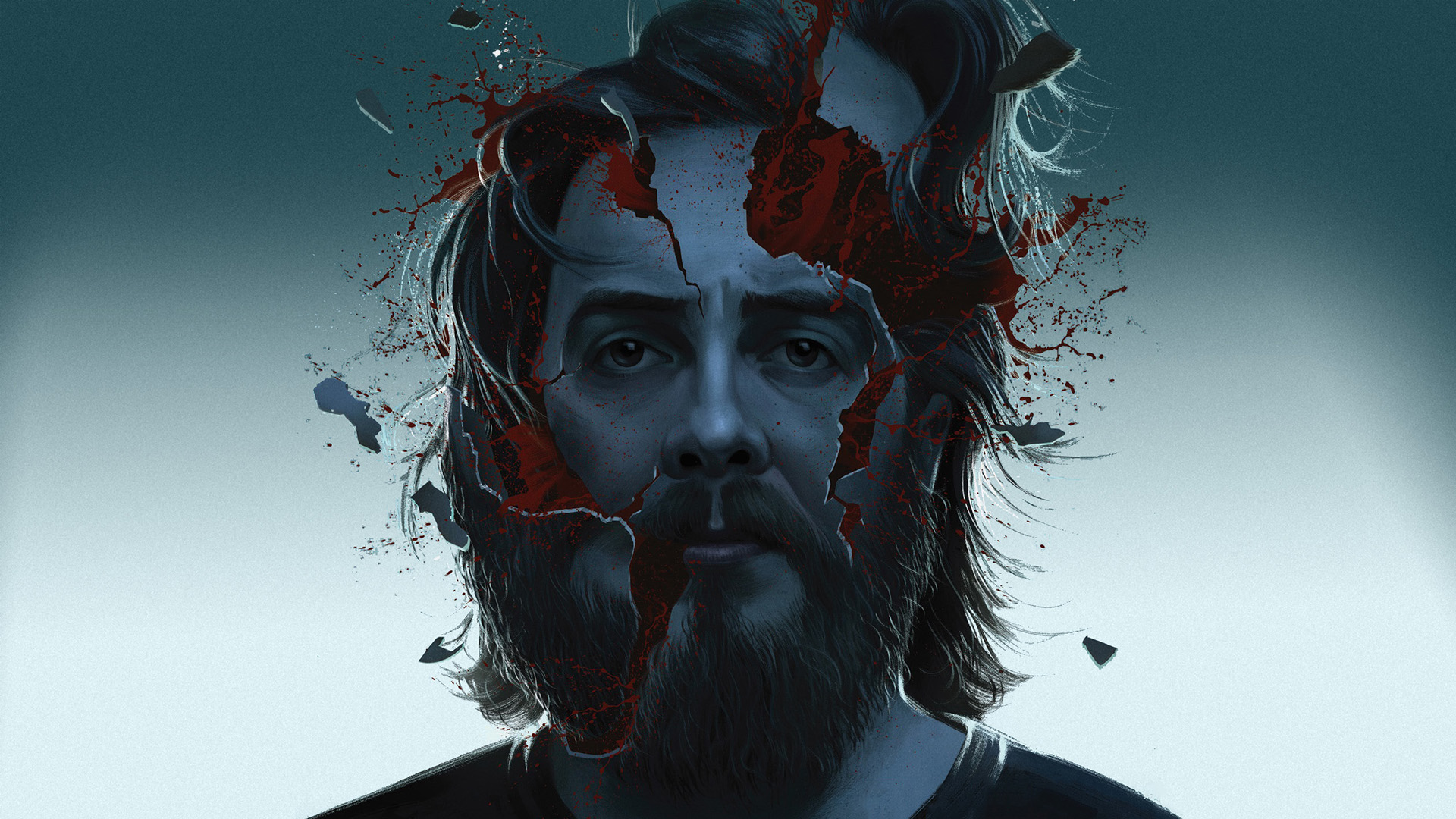 Explaining Blue Ruin and How it is Indie Brilliance

Taylor Holmes
cinema
August 1, 2019
Blue Ruin is a movie that needs to be seen to be believed. This thing simmers into a roaring crescendo. It's unbelievably good.
Screenplay
Acting
Action
Thrills
Direction
Reader Rating2 Votes
4.8

Grittily fantastic, yet ultra-realistic films are becoming some of my favorite new films. They are hard films to quantify and specify at a remove, but once you see one it’s instantly recognizable. We should call them something like Supra-Sub-Realism? (Like David Foster Wallace’s coined word, “Suprasubliminal.” It’s a little above, subrealism and it’s a little below realism.) But the hyper-center of this new genre is being built and bred by Jeremy Saulnier. I literally can’t think of another more exciting film maker than Jeremy. Why? Oh, I don’t know, maybe because he wrote and directed Green Room, Hold the Dark, and Blue Ruin. And, as a side note, if you’d like to read an amazing walkthrough of how Jeremy got his film made, this is an unbelievable read. If you are looking for other films in this suprasubrealism genre, maybe films like I Don’t Feel at Home In This World Anymore (which Jeremy received a thanks in the title for – if anyone knows the connection between the two I’d appreciate more details there). Or maybe Us and Them. Shimmer Lake. Calibre. Take a logical premise, then accelerate it to the speed of light, then follow it out into the outer edge of recognizability. Blue Ruin is a similarly cantered sort of film. It is made of the stuff of gritty realism, and yet, seems somehow like it’s made of the the stuff of more vaunted cerebralism simultaneously. (Suprasubrealism!)

Blue Ruin is the 2013 movie that tells the story of an individual who has voluntarily adopted a homeless person’s life. And after learning of an individual’s release from prison, he heads back home in order to murder him violently. But obviously, everything goes horrifically pear shaped from the get go. (And yes, I have signed on to the petition for Americans to use more British colloquialisms in our everyday lexicon – like, oh, I don’t know, maybe: Chuffed, Knackered, Cheeky, Have a go, Bob’s your Uncle, and my own personal favorite, (or favourite), Damp Squib! Maybe you should consider cosigning the petition along with me!)

Haven’t seen Blue Ruin yet – you can watch this amazing movie right here:

If you haven’t seen this movie – do. Present tense. Netflix being the simplest solution to where you might do so. But there are a plethora of options available to you. (I really should be paid for all of those links…I mean really! But no. That is not what I’m here for. I care about you, my dear anonymous web-reader. I only care about about you and your filmic-experiential well being. Magnanimous of me, I know.) So go watch the movie, because the bonnet (yes, yes I just did that.) is about to come off this thing, and the engine’s inner workings about going to be splayed across the ground in a second. And trust me when I tell you, you don’t want to do that.

The Inner Workings of Blue Ruin

The first thing you have to realize is that as you started the movie Blue Ruin, you were already at the halfway part of the story. There was an entire prequel that is only summarily alluded to through the second half of this story. But as far as we are able to splice together from variegated dialog and minute hints littered here and there, is that Dwight Evans’ (Macon Blair most appropriately known from the film Green Room) parents were murdered twenty years ago. And, as the movie starts, Dwight’s parent’s murderer was about to go free due to a plea bargain. Dwight, without really given this a second thought, heads back to Virginia in order to murder their murderer. And after following the Clelands out of the prison parking lot, he joins them in a local bar – where Dwight brutally slits Wade’s (the murderer) throat. And having lost his car keys in the tussle, he steals the Clelands’ limousine to make his get away. Soon after though, Dwight realizes that there is a teen (William) in the back of the car, and he lets him go. And as he leaves, the kid opines that he had murdered the wrong person in his attempt to avenge his parent’s death. (Problem #1).

But Dwight gets away, cleans himself up, and heads to his sister Sam’s home. The only problem though is that Dwight realizes that the murder wasn’t on the news, which means…think about it…that they are hellbent on revenge. (Practically speaking though, he bled like a stuck pig in that bathroom – unless they own that bar, how the heck do they pull that off? Regardless…) Which basically means that they are coming for Dwight and Sam. Packing his sister and her kids up he sends her out of town. And sure enough, the Clelands come for Dwight at his sister’s home. Wade’s two brothers are going to kill Dwight. But Wade manages to run over Teddy, whom he throws in his trunk…but not before Wade catches a crossbow bolt in his thigh. (Problem #2).

After a brief stay at a hospital, Dwight heads out to an old survivalist friend who sets him up with a rifle. And during the interrogation, Teddy informs Dwight that Wade wasn’t his parent’s killer. But rather it was Teddy and Wade’s father, who now happens to be deceased. And the reason was revenge for Dwight’s father having an affair with Wade Sr.’s wife. Did you catch all that? Dwight’s father has an affair with Wade Sr.’s wife – and voila, Wade Sr. murders Dwight’s father, and his mother was just collateral damage. But why did Wade Jr. agree to go to the big house on behalf of his father? Well, we learn that Wade Sr. had cancer and the family absolutely didn’t want him to die in prison. Possibly my favorite part for its pure shock value, while interrogating Teddy, he let’s his guard drop and Teddy jumps him. But Dwight’s buddy snipes Teddy in the head, saving Dwight’s life. And possibly the most confusing aspect of this entire movie is Dwight’s stealing of his buddy’s battery…but it was just to keep from him continuing to be involved in his chaos. Make sense?

And with that Dwight heads over to the Cleland’s house…but he finds the place empty. And while they are gone, he finds all the guns and dumps them in the lake. Waiting to ambush them he gets the clever idea to leave them a message on the house’s answering machine. Do you even know what an answering machine even is? I mean, really? Anyway, I digress. Dwight says on the message that he wants them to leave Sam out of all of this. And when Carl (crossbow Carl), Kris, and their cousin, Hope arrive, they listen to the message. But it’s obvious listening to them that they plan to kill Sam. And so Dwight shoots Crossbow-Carl. And then he holds the women at gunpoint as he tries to explain his problem to them about whether or not he should kill them.

But William…(Problem #3) remember William? He’s the teen in the limo that Dwight let go earlier in the film. He strolls in and shoots Dwight with a shotgun and then strolls back out of the house. And as he’s leaving he tells the women that William is his half brother. His father’s child via Wade Sr.’s wife, right? Are light-bulbs coming on now, or was that obvious? Hope and Kris attack Dwight, but Dwight shoots and kills Hope, as well as Kris, but not before he’s mortally wounded by her. And the final words of the film are mumbled to no one by Dwight as he repeats over and over again that the keys are in the car.

Explaining Blue Ruin and How it is Indie Brilliance

Blue Ruin has everything going for it. Glorious acting. Marvelous cinematography. Fantastic screenplay. Unbelievable directing. I’m actually fairly shocked that you haven’t come and beaten my door down telling me about this movie. I mean, sure, you guys tipped me off to Green Room I’m sure. But Blue Ruin is the exact same gritty brilliance! Come on people. Let’s get on top of our games here!

But it’s the context within the context that I loved more than anything else. It was the story within the story that really drove me wild. The story of this guy who was unhinged by the murder of his parents. It hurts him so badly the he just walks away from his life 20 years prior, and becomes a derelict living on the beach. And when he finds out the supposed murder is going to go free, he snaps…and kills his parent’s murderer. And when the story starts to spiral, and he finds out it might have been the Cleland’s father, what does he do? Does he stop? Slow down? Reevaluate maybe? Uh, no. He continues his rampage…amping it up even. Widening the scope. Increasing the headcount. He is our anti-hero. And anti-heroes that sin always die. It’s like Rule #1 or maybe, on the outside, Rule #2, in the screenplay writer’s guidebook. And so he dies in penance for his actions. But he dies trying to protect his half brother who just shot him. Such an interesting dynamic. The big brother is thinking about his sister Sam and his half-brother. Why? Because his quest was just. Doomed, but just. We as an audience want evil confronted. We want to see someone standing up to the pointless deaths and the pointless violence’s going on all around us.

Better yet, we want an everyman to do it for us. Why? Because it gives us hope for the idea of justice to be coming from another one of us. Who doesn’t see themselves living on the beach after their parents are murdered? All of us. How many of us can picture ourselves as coming from the planet Krypton? None of us. So, to see ourselves as capable of playing the role of avenger is highly inspiring. And the gritty reality of the story just grounds this morality fable all the more for us. Heck, maybe I would be capable of this sort of heroic greatness. And yet, it becomes something of a cautionary tale as the story winds down. How? Well, he died didn’t he? He killed everyone, but he was murdered by his half brother after all. Which should cool our jets just a little when it comes to following in Dwight’s path. But who am I kidding? We watched this movie to see our Downtrodden Dwight rise up from the ashes and slay his oppressors. We didn’t come to the theater to watch him invite the Clelands to go with him to church or the nearest AA meeting. We are too busy sucking down our popcorn and hoping that Dwight will take up Excalibur and slay the evil that is rushing the walls of the kingdom and the castle.

Where to watch Blue Ruin