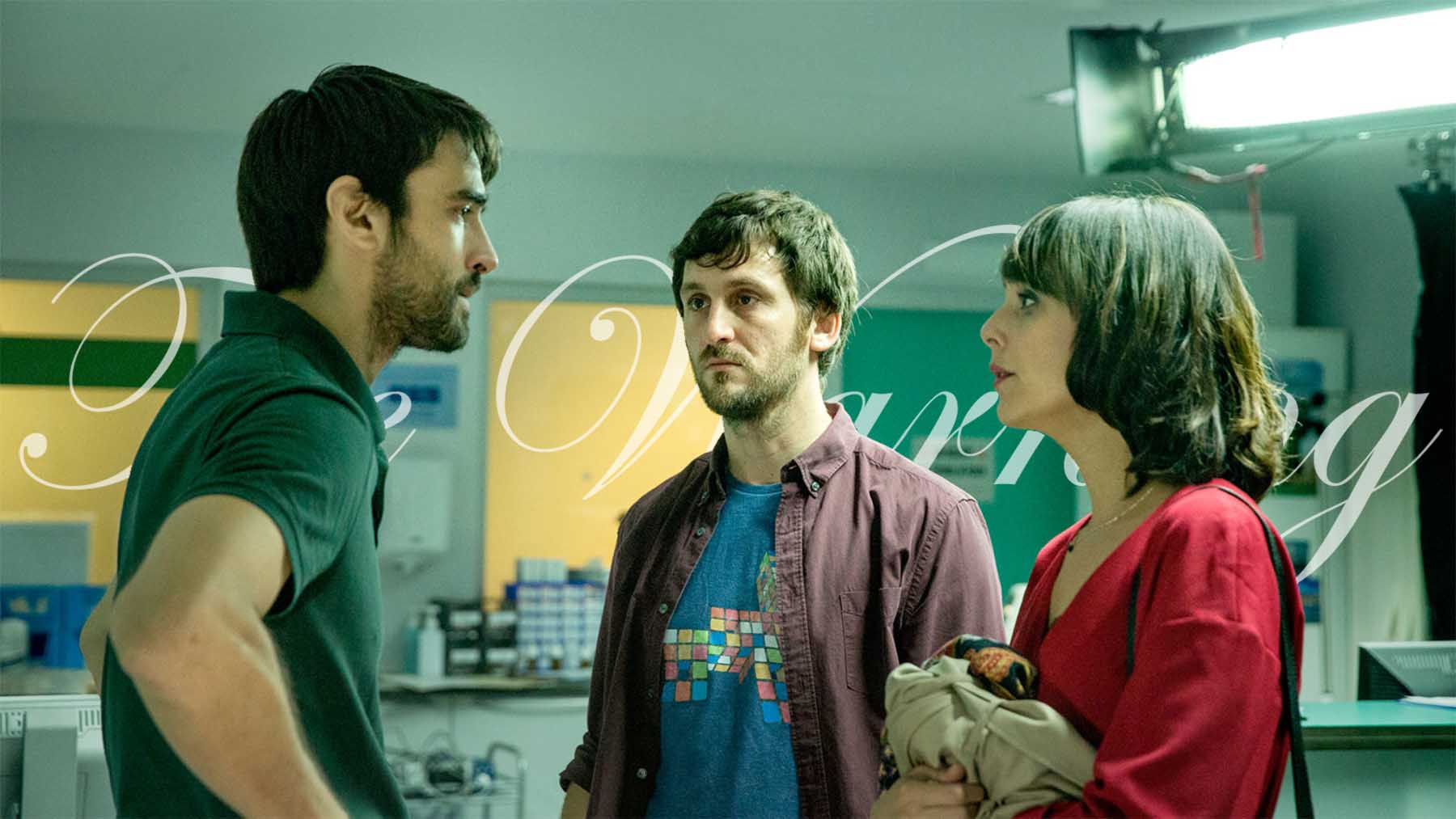 The Warning Movie Deconstructed and Explained

Taylor Holmes
cinema
April 13, 2020
The Warning Movie Deconstructed and Explained - because this Spanish mindjob is a fun little thriller that is worth unpacking and explaining.
Screenplay
Acting
Action
Mindjob
Reader Rating1 Vote
3.6

You guys have really been stepping up to the plate of late! Love how you have continued to recommend great movies to all of us to check out. (If you are curious as to how to do that, there is a red tab at the bottom of your screen.) Today’s movie El Aviso, or The Warning, is brought to us by, Naz. Thanks, buddy! So let’s get into it, The Warning Movie Deconstructed and Explained… Oh, first, for those of you who haven’t seen it – watch the trailer, then go watch the film. Don’t continue down this page any further as it will be top to bottom spoilers.

Alright, before we walk through the film – here’s a quote from the film that should make sense once we are all done. But you should keep this in mind as the high level overview of what is about to happen:

The cycle begins with Ezequiel killed four people then committed suicide.  Then, 42 years later a woman aged 42 dies. And 21 years after that, a man aged 21 dies. 32 years later, a man, aged 32, will die…

The movie starts out with Nico, a nine-year-old, who will turn ten in just a few days. Nico is thoroughly bullied by kids in his school – and they tell him to steal an X-rated magazine from the nearby stop and rob. But when the store owner catches Nico, he places a note in the video game magazine he purchases instead. The note tells a ten-year-old not to come to the store on his birthday. Otherwise he’ll die. Nico’s mother reports the school bullies, but it didn’t come from them. Not only that, but the note isn’t from the store owner either, even though he’s the one who put it in the magazine…the note actually comes from ten years earlier.

Ten years, and ten days earlier, Jon goes to get David, and they swing by the convenience store to pick up some ice. David goes into the store, and when he does, an attempted murder ends up getting David shot. David is rushed to the hospital, where he falls into a coma. Now, Jon, a schizophrenic, and mathematician, learns that there have been three previous incidents where people were killed at that same location. And all of them, save for David’s, occurred on April 12th. Huh. Not only that, but every incident has had five people present: a 10-year-old boy and four others aged 21, 32, 42, and 53 years old. What is that about? But Jon is a schizophrenic madman who has been seeing swarms of caterpillars and moths amassing and swarming him…so, this could all be nothing really. Or maybe not? I will say, this film reminds me a lot of the film Pi... you know that black and white mathematical excursion into insanity? Yeah, that one. But I have to say, does every single movie with a mathematician have to make them as mad as a march hare? Are there no sane mathematicians in the world?

As he works back through history, Jon learns that the first incident involved a bank robbery committed by Ezequiel González back in 1913. In his research, Jon finds out that Ezequiel was desperate for money to pay for his daughter’s surgery. Ezequiel who had recently returned from the war in Africa, ended up killing the bank manager and three more people before committing suicide. 42 years later the bank had become an inn. And the 42- year-old owner was murdered by her ex in front of her 10-year-old son. 21 years after that, in 1976, individuals from the ETA terrorist group attempted to kill a general there at that same location. During the assassination attempt the general survived, but his guard died protecting a 10-year-old boy. No one even pays Jon’s theories any mind…of course, because mathematicians are insane. duh.

David is declared brain dead, and his family decides they are going to pull the plug on April 12th, which, makes perfect sense to Jon. He’ll die on April 12th which will align his incident with all the other tragedies at that location. But when Jon tells Andrea, David’s girlfriend that it now all aligns, and it makes perfect sense that David would die, because the mathematical signs predicted it. That and Nico, of course.

When David’s life support is pulled, he actually recovers. WHAT?!?! He has to die! But when Jon sees that David is going to survive, Jon realizes that that he has to be the one to die. So much so, he scribbles a note for the one to come after him, and gives it to the store owner to give to Nico in the future. Now, Jon assumes that the guy who walked into the store is about to rob it. And when that doesn’t happen he takes the store owner’s gun and holds it up. But the numbers are all wrong – they are missing one person! But when the cop arrives, the numbers are perfect. It’s even better when the cop shoots Jon…and he dies.

Jump forward 10 years. Remember, Nico has been warned by the owner of the convenience store not to come to the store on April 12th, Nico’s birthday. Nico has received Jon’s letter from ten years prior. And yet, Nico’s mother believes Nico needs to face his fears. He needs to go to the convenience store, and he needs to realize that these phobias of his aren’t real. And there he is – standing in the convenience store when a man pulls out a gun and demands money from the register. The kid at the cash register pulls a gun and Nico looks up into a mirror, and sees Jon back in 2008. Jon yells at Nico to run, and Nico runs just in time as the two men start shooting at one another. And as the movie ends, Nico tells his mother that he wasn’t afraid.

It all comes down to a curse. Back in 1913, Ezequiel caused such evil and terror in the bank, the repercussions are felt throughout history. Ezequiel, determined to get his money for his daughter, but when he flips out he causes the death of a number of innocent people. Four to be exact. And as a result, the reverberations echo four times out in time.

1913 – four people die, including the bank manager and three other shrieking innocent people. And a child is born, a female, who will become the manager of an Inn.

2008 – Jon sees his best friend die, and he assumes that David is a part of this larger story. But he was wrong. Jon was the individual glued to this cycle. And when he dies, he does all he can to save Nico’s life 10 years in the future. A baby boy is born.

2018 – Nico, was saved through the warnings and the actions of Jon.

The most interesting point here at the ending of the movie was Jon’s schizophrenic downward spiral. The biggest question in movies like this is, was his death inevitable? He brought about his own death. There was no robber. The only gun was a good guy’s gun. And yet, he manufactured his own death. But we know, from what happens in 2018, Jon didn’t need to die. But his madness with regard to the numbers, the patterns, and the logic of the curse drove him to die. But, in his dying, he orchestrated a warning for Nico, the final death to conclude the pattern. Am I seeing Christ-like echoes here? Jon chose to die as a propitiation of Nico’s sins? (I am totally joking here…chill.) But there is a savior thing happening here. Jon does all of this in order to save anther’s life. And when he sees that David isn’t going to die, he knew that it had to be him. And yet… it really didn’t. Or did it?

Was it a Reincarnation Play?

Now, could the curse have been instigated because it was invoked by a man who went mad during the war, and then was doomed to repeat the horror of his crimes in penance for the four people that he killed? If so, then this movie is all about Ezequiel González paying for his crimes against those people in the bank.

Now, we know that Jon thought it was a reincarnation deal – why, because he told the manager to watch out for a boy that will be just like him. Will wear similar t-shirts, etc. And they did, they both wore gaming/geek t-shirts. Minecraft, Rubiks Cube, etc. Now, Jon would have thought it was David about to be reincarnated, and he would have been fighting the whole movie long to save his best friend’s reincarnated soul…not his own. But when he realized how it was playing out, he began to think it was himself that was in jeopardy in 2018. But was it? If so, then Ezequiel went from PTSD war vet, to Inn owner, to general’s guard, to schizophrenic mathematician, to 10- year- old student.

A Few Final Thoughts on The Warning

Which brings us back to the madness of the mathematicians! Pi is one of the greatest movies ever, but it’s mainly because it is about the protagonist’s insanity. Sure, there was a theory of numbers involved…but mainly it was about his insanity. This movie attempts to flip the script, and make it be more about the numbers and, oh, by the way, Jon’s schizophrenia. Which basically means that if only Jon had gotten a clue, taken his meds, he could have just walked away. Nico did. Jon could have too.

Have you watched Devs? The amazing Hulu show from Alex Garland, the creator of Ex Machina? That is 100% what Devs is about. Free Will… Determinism. Are our actions predetermined and fated? Or are we free to choose moment by moment. Are we forced to go into the convenience store? Or are will allowed to say at the last second, screw it… I’m going bowling? The Warning tells us that we have free will, curses will not control us, and we are allowed to fight back from the supposed inevitable outcome.

I think that The Warning – or El Aviso – was a clever little movie. There were strands of the film that ended up being filler. But generally it was a tight little investigation into the nature of predeterminism and curses. Can we be cursed to a deterministic fate by someone else’s actions? Maybe. Can we fight back and save others? Maybe! But it ultimately felt like the film was caught halfway to the net between trying to be Pi, and trying to be a closed box thriller. The caterpillars, the moths, all interesting. But the downward spiral felt a bit bolted on since the movie had already tilted it’s hand towards the truth of the curse. I guess the movie’s attempt to seismically shift everything back away from the numbers was at the moment David came out of his coma. But I happened to see that coming. (‘There’s a one in a million chance!’ ‘Then he’ll be that one in a million!!’) If you didn’t, then maybe it all made perfect sense coming into the home stretch. EXCEPT, the numbers weren’t inevitable…we know this because Nico survives!! Hahah.

Anyway, it was a fun little quarantine movie. I enjoyed it even in spite of some of the logic flaws.