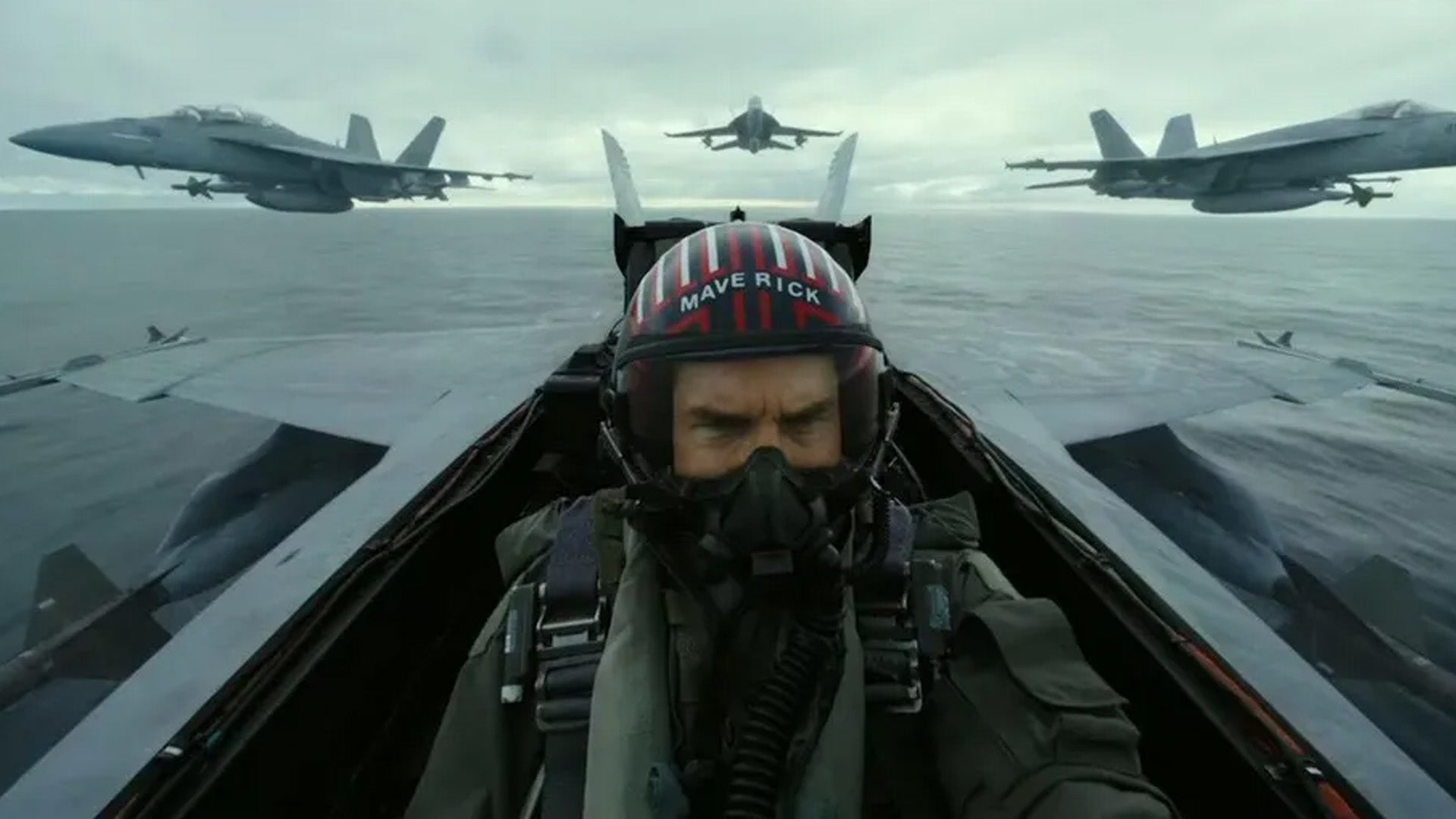 Quick Hot Take on Top Gun: Maverick. Just walked out of Top Gun: Maverick and I have to say, if any movie on the planet upholds the Hollywood movie retread stereotype it’s literally this movie. HOLY [email protected]#$ Batman! I mean, I literally expected the same movie walking in, and even I was shocked.

First, I gotta say, I’m not doing a walk through of this movie. I’m not spoiling anything. It’s opening night – go enjoy it with your kids (let’s be honest, your kids will not love this movie… you will.) and your wife.

Top Gun: Maverick is all about your mortality. It’s a movie about your heyday – and about your desperate desire to live forever through reliving the high points of your youth. Don’t believe me? That’s fine… but if it weren’t about that, they would have given you a different movie. They would have given you a unique thrill with new actors, with new next gen experiences, all about new technologies and a new future of tomorrow’s better tech. But instead, they eschewed this obvious direction, and instead brought back Maverick’s old motorcycle, Maverick’s old fighter planes, and Maverick’s old relationship flaws.

Let’s be really honest here – we all collectively yen for Maverick’s life… his disconnected life as a test pilot. Old age, but still living his best life single in his man cave hangar, spending his days repairing an old P-51 Mustang and ending the movie back aboard an F-14. But we also yen to figure out the most complicated relationships in our lives… and those are now our kids. And that is what this movie is all about … letting go, and loving our kids and letting them make their own mistakes. To encourage them to not think, to just act, and to be there for them regardless.

But ultimately? It’s just about your mortality. It’s about you realizing that May 16th, 1986 was 36 years ago. THIRTY SIX. three. six. Thirteen Thousand One Hundred Fifty Nine days ago. From an Actuarial standpoint – for the entire planet – those born in like the 70’s? They should expect to live 60 years. If you were lucky enough to be born in the United States? 71 or so years. Hey genius, 36 years was (for a lucky individual) OVER half your life ago. Let that sink in for a moment. So, yeah, if you went into this movie expecting to get a fighter pilot movie you can be forgiven for not realizing that you were actually walking into a mortality reminder experience. A reminder of the fact that you are well, well well well on your way to the nearest cemetery. Congratulations. So, what are you going to do with the life you have left? Are you going to honor loved ones you’ve lost? Are you going to honor your children by allowing them to live their lives in spite of your fears?

Sure, there was also an amazingly riveting final thirty minutes of excitement and rah rah against faceless, and country-less (I’m assuming we were fighting Russia?) nemesii in a “FIFTH GEN FIGHTER CRAFT.” I’m assuming these were Su-57’s, no? (But they literally said that so many times I started laughing every time that they said it. “We just learned that this nameless country now has fifth gen jet fighter technologies and… hahahah”) Funnier still is the fact that Ukraine is currently wiping the floor with Russia and this is our threat? We are worried about Russia? Regardless… the last 30 minutes make the preceding 1:45 of build up worth while.

But again… you aren’t here for the action. You didn’t drive the cinemaplex in order to pay for overpriced popcorn and overpriced tickets in order to see Top Gun 2. You came to the movie theaters to be reminded you are alive. Want a mental mind job? ~2 billion people died since Top Gun was originally released. Yeah, I did that math 12 times to make sure I got it right. 47 million people died the year it first came out. And last year there was something like 59 million deaths. So, what, 53 million times 36? 1 billion 908 million? Almost 2 billion people in total died in the last 36 years? (Am I adding up those significant digits correctly? That number seems incredible to me.)

Yeah. So, yeah… almost 2 billion people died in the intervening 36 years, and you are not one of them. Sure, a lot of you weren’t born 36 years ago. Congratulations for that. But even so.. you too are looking down the long barrel of the maw of life.

So celebrate life while you can. Celebrate the horrible retreads that Hollywood will inevitably churn out this year in an attempt to sappily take your money. Celebrate the amazing indie movies you will get to watch this year. (Currently halfway through You Won’t Be Alone, and it’s blowing my mind.) And the old VHS films you will pull out to remember your younger years. (Best VHS re-watch I’ve done in a while?? Goonies… that movie held up like a champ. Absolutely loved it all over again. Trust me on this one.) And better yet, get right with your maker. Because we’re all on the butt-end of this particular journey. And yet? AND YET? There is so much more life to ring out before we die! So, love the ones close to you. Love fearlessly. And keep learning how to be vulnerable in spite of your battle with pride. Well, that’s my journey anyway. But thanks for joining me in this thing called life.

Negative Ghostrider, the pattern is full…