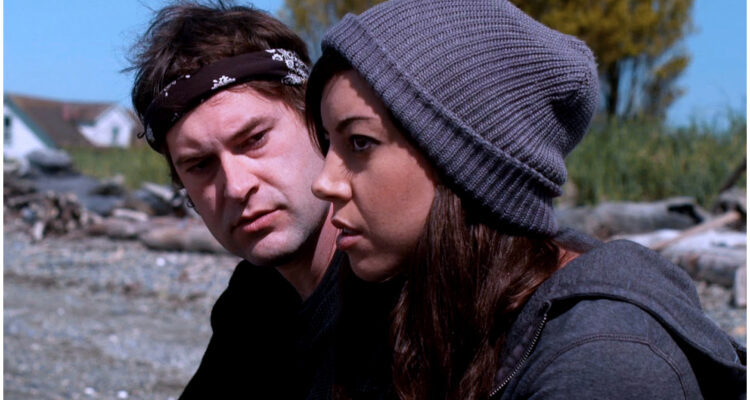 Safety Not Guaranteed And My New Bromance

Safety Not Guaranteed And My New Bromance

I have long loved independent theater. (Theatre?) What have you. Low budget, clever writing, outstanding acting, and interesting casting. I adore it all. Obviously it can be hit or miss. But by my odds they hit more often than Hollywood seems to hit. Obviously these are unscientifically based opinions, but alas, I am certainly right!  hahah. What with Iron Ant Man 12?! being the only thing Hollywood capable of, I am obviously right. I have spoken of this at length already.

If I could mention just a few examples, maybe you would take my meaning? Ok. I am up for the challenge. These are all just from the top of my head, not in any sort of order or priority.

Memento, American Beauty,Little Miss Sunshine,  Once, Fargo, The Passion of the Christ, Primer,  Time Crimes, Crash, Before Sunset, The Perks of Being A Wallflower, Coherence, Requiem for a Dream, Timelapse, Being John Malkovich, Eternal Sunshine of the Spotless Mind, Lost in Translation, Boyhood, Predestination, Juno, Upstream Color

You get the idea. That’s the beginning of a pretty good post I’m thinking! Just needs a couple photos, a great link bait title and voila! Where was I? I digress. Oh yes. Independent theater. More to the point, Safety Not Guaranteed.

Safety Not Guaranteed isn’t Oscar material. It isn’t Hollywood fare. It isn’t the normal formula with the standard writing and material. Safety Not Guaranteed is so contra-Hollywood that it makes me giggle just thinking about it. Right?  I only came to know about this 2012 gem when I stumbled upon (and fixated to) ‘The One I Love‘ which was written and directed by Mark Duplass. Mark is a leader in the independent film world as illustrated by his recent SXSW chat talking about how there is no excuse to not make films on weekends and evenings with your friends. Its basically a call to arms among the Independent film community. I’ve included the talk below just in case you’ve never had the opportunity to see it. (Even though it is a bit off point… but then again, since when have I EVER been on point?  Right. Well said.)

BACK ON POINT, ‘Safety Not Guaranteed’.  Got it. Derek Connolly began his script with the strangest of all possible kernel of insight.  Apparently there was a an named John Silveira who sometimes would help out at the Backwoods Home Magazine. On one particularly tight deadline instead of dropping in jokes to fill the open space in the classifieds section he placed two ads. One was a lonely hearts ad, apparently Silvia was looking for a girlfriend. And the second one was a time travel classified ad that absolutely blew up the internet.

Wanted: Somebody to go back in time with me. This is not a joke. P.O. Box 322, Oakview, CA 93022. You’ll get paid after we get back. Must bring your own weapons. Safety not guaranteed. I have only done this once before.

Classic right? Obviously meme worthy. But movie script worthy? Apparently Derek Connolly thought so. What about Silveira though? What happened to him and his P.O. Box?  And what did the responders want?

What have the people who’ve responded wanted? Most seemed to have believed the ad. Several hundred, while admitting maybe it was a hoax, hoped it wasn’t and wanted to go back in time for the sheer adventure. Though pay was offered, many of those said they’d do it for nothing. (Hell, I would, too.)

Some letters came from guys who gave me a list of some pretty sophisticated weapons they could bring along with their credentials: black belts in martial arts, explosives expertise, language skills, etc., along with assurances they can pretty much take care of themselves. I believe ‘em.

But many letters came from people who wanted me to correct a past tragedy. Dozens, in prison, asked me to go back in time and talk them out of committing the crime that put them away. Others (and not a few) were from people who begged me to go back and save a loved one from a tragic death. Those letters were so heartbreaking I almost couldn’t read them and I felt a certain amount of shame for not anticipating the false hope I placed in so many hearts.

And that is exactly where the Duplass helmed movie goes. The plot starts of with a magazine story pitch to go and investigate the level obviously craziness necessary to post an ad like this one. From there the magazine employee and two interns get hopelessly intertwined with Kenneth (Duplass’ character) and as the trio attempt to figure out what his sanity levels are the plot gets a little more complicated and a lot more interesting.

I mean, what if someone could go back in time? Would he post an ad in the classifieds? I don’t know, but it’d be an interesting ride if he did that’s for sure. Which reiterates my point that some of the greatest gems out there to be found are far far off the beaten path, filmed gorilla style on nights and weekends, in basements and office buildings not on sets.

All that to say,if you haven’t seen Safety Not Guaranteed definitely give it a shot. Is it quirky strange? Well, yeah. But it is also endearing and very worth your time to sidestep the sequels and the retreads.