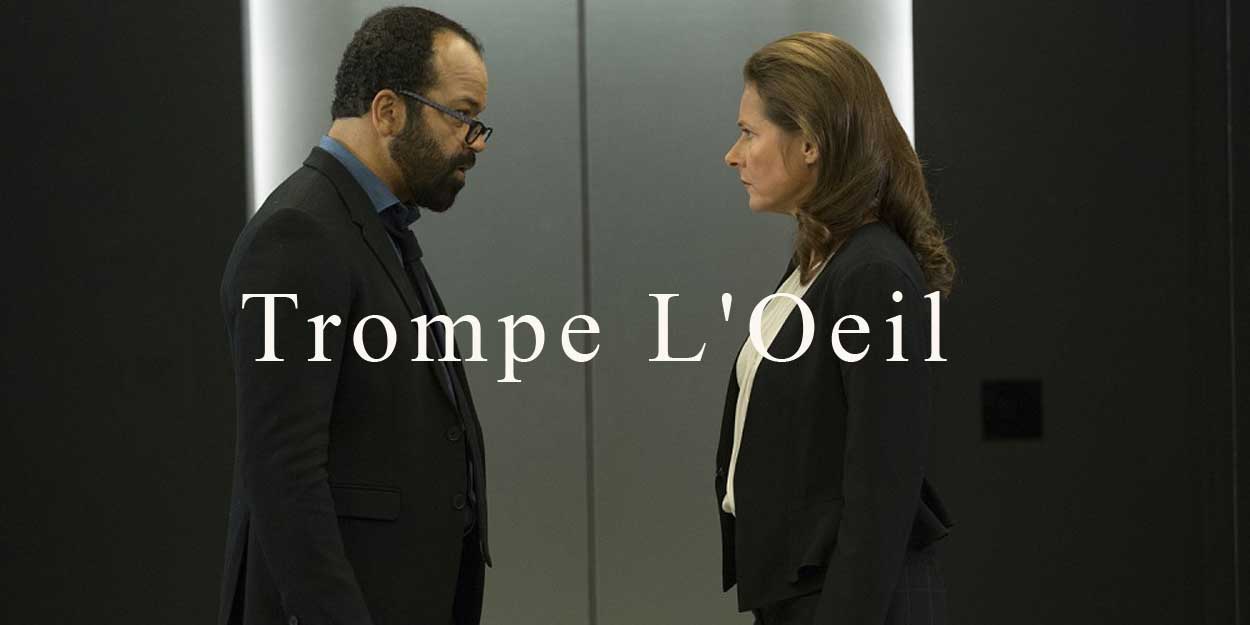 Oh baby did we have a great episode with Westworld Episode 7. Holy cow. It more than made up for episode 6. Holy cow. Yeah, I’ve been waiting for this particular shoe to drop, and even predicted this as a possibility before I watched ep7 in all its glorious technicolor wonder. So without further delay, let’s dive in!!

I am already working on an infographic detailing out the incestuous relationships that riddle Westworld. Like for example Dr. Ford and Arnold Weber… as well as Arnold’s anagram relationship with Bernard Lowe. We have the Board of Directors and we have hostile take overs that are being tendered by Logan, who is connected to Teddy via his sister, Teddy’s fiance… etc etc you get the idea. But man, that infographic is going to change from week to week, and I’m definitely going to have to build it in a way (like, oh I don’t know, on a freaking flannelgraph maybe? Sorry that is an oldschool church reference. Oh never mind.) that is easily modifiable. I’m on it. Don’t worry.

The Delos Board is Apparently Important 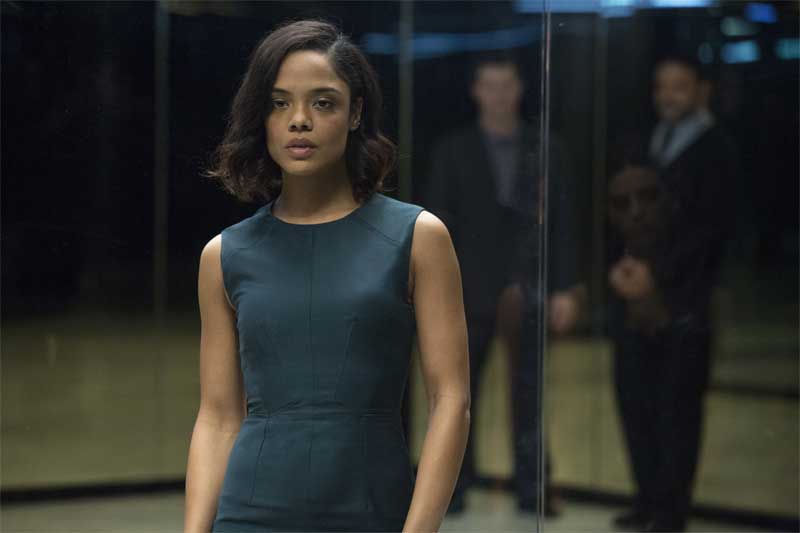 Until Episode 7, we knew that the company name was Delos. We also knew they were a park, kind of like Disneyland. An audacious Disneyland, but Disneyland all the same. But we didn’t know anything about the Walt Disney corollary (is it Ford, is it someone else?) And we also had no idea what the businesses’ goals or objectives were. Family Fun?!? Video sales? What? But with Ep7? We now know the answer to that question. Here… let’s walk through some dialogue from Charlotte (Delos Board Member) about the purpose and goal of Delos.

… and ford is using half the parks resources to build some new narrative? Can I bum a cigarette?… let me remind you of something, everything, the people who work here are nothing. Our interest in this place is entirely in the intellectual property. The code.  Hosts minds, the story lines…

I don’t give a rats ass about the hosts… it’s our little research project that Delos cares the most about. That’s where the real value is. And due to a lack of foresight on behalf of one of my predecessors 35 years of information, raw information exists here. Nowhere else. Ford has always insured of that.

Oh ok. So, let’s break this quote down a bit. Because dang. Yeah. There is a lot here. First thing that jumps off the page is that Delos doesn’t care about anyone. It doesn’t care about the park, the employees, the hosts, even the park visitors. None of it. What they do care about though is the source code of the hosts which Ford has. This is Ford’s one lever – and it’s an enormous one. Delos doesn’t physically have access to the code because of some agreement that a predecessor of Charlotte’s made.

We also learn that Ford is getting out maneuvered by the board – they are cantilevering all their weight behind Charlotte and her efforts to remove Ford from his job here at Westworld. But the board is in check because of Ford’s possession of the source:

“You don’t fire someone who created an empire, you ask him to retire politely. And if that person has the ability to snap his fingers and erase the value of that empire, you have to make sure you have contingency. … I am going to give you one more chance to get a handle on this bitch of a situation. But the gods? They require a blood sacrifice. We need to demonstrate just how dangerous ford’s creation can be…. no nothing so obvious. We need someone so thoroughly unexpected.”

And that blood sacrifice is the brilliant piece that gives me chills. Because the blood sacrifice wasn’t who we initially thought it was going to be. Right? But we’ll get to that in due time.

So I’m sure some of you have already picked up on the fact that our very own Bernard Lowe, well his name is an anagram for Arnold Weber. If you’ve been asleep at the switch, Arnold Weber is the co-creator of the hosts alongside Dr. Ford. Right? But apparently he died in the park, committed suicide, – which in J.J. Abrams land means, just wait for Season 2 or 3 for Arnold to make an appearance in the flesh. But heck, with this show, he may appear in the android long before that.

Oh wait. Did he already? 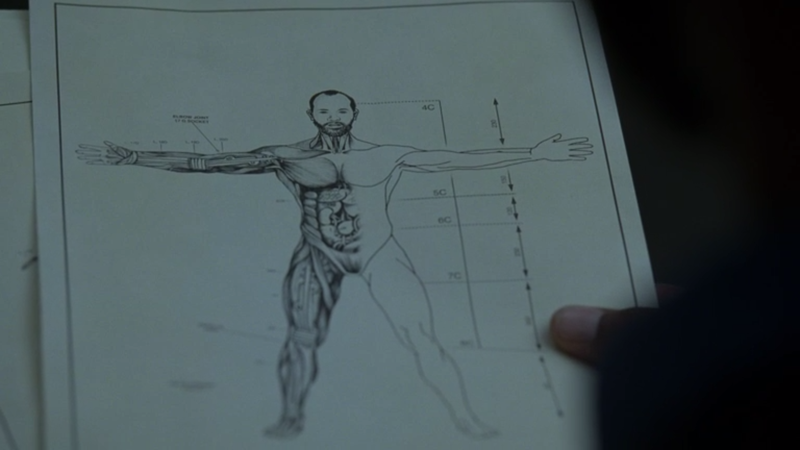 Because this weeks big big enormous reveal was that Bernard is actually an android himself. And the way this reveal went down was brutally brilliant. First, Charlotte fired Bernard for basically being incompetent, and allowing the hosts to “fail” via bad code and a corrupt source that came from pretty much anywhere OTHER than Bernard. But as Bernard is a robot, and has zero guile, he took the fall. But when Bernard takes Theresa Cullen (head of Q/A and one time lover) out to Dr. Ford’s dollhouse he completely misses a door that was there. Theresa opens the door and we see a host manufacturing facility. And oh, whoops, we see the plans for Bernard there in a pile… Theresa is mortified and Bernard?

Come on, that was good television right there. And then Dr. Ford tells Bernard to dispatch Theresa.

The Westworld The Blood Sacrifice

When Charlotte told Theresa that there would need to be a blood sacrifice Theresa assumed she was referring to Clementine Pennyfeather. But she was actually referring to Theresa herself. Had to have been. Charlotte had to have known that she was sending Theresa into the jaws of a lion with her charade with Clementine. The demonstration with Pennyfeather basically unmasked the host’s flaws and their ability to overwrite their prime directives and to remember from situation to situation. But that started a dominoing cascade of events that led Theresa to Dr. Ford’s home in Westworld where he kept is own year one hosts going on his own. Which in turn showed Charlotte that Bernard was a host and that Dr. Ford was up to no good.

The Man in Black & Dolores

Last week I talked about how I think that William is the Man in Black. Feel free to jump back to refresh yourself on the details of the theory. But the bottom line is that every time you see William you are going backwards 30 years in Westworld’s history. And every time you see the Man in Black (remind me why he doesn’t have a name? Oh right, he does, it’s William, but that would give away the fun.) ok? Well, one of the important takeaways from episode 7 Trompe L’Oeil was when William expresses his love for Dolores…

Have you stopped and considered why Dolores has two suitors that don’t contest each other at all? Teddy and William? Well, that would be because Teddy hadn’t been created yet when William was first in the park.

Personal favorite quote of the episode:

“I read the theory once that the human intellect was like peacock feathers, just an extravagant display designed to attract a mate. Mozart, michellangello Monet the Empire State Building just an elaborate mating ritual.”

So true. So so true.

There were so many enormous bombshells in this episode. We had the Bernard is a host bombshell. We had the massive realization that the board is trying to oust Dr. Ford. And we are getting more and more of the connections between William and the Man in Black. Such a brilliantly done show. The opportunities for constantly turning the show inside out is limitless. They can go up a layer. They can go down a layer. They can undo androids and redo androids. They can go forwards in time, they can go backwards in time. The potential here is genius. Just epically brilliant.