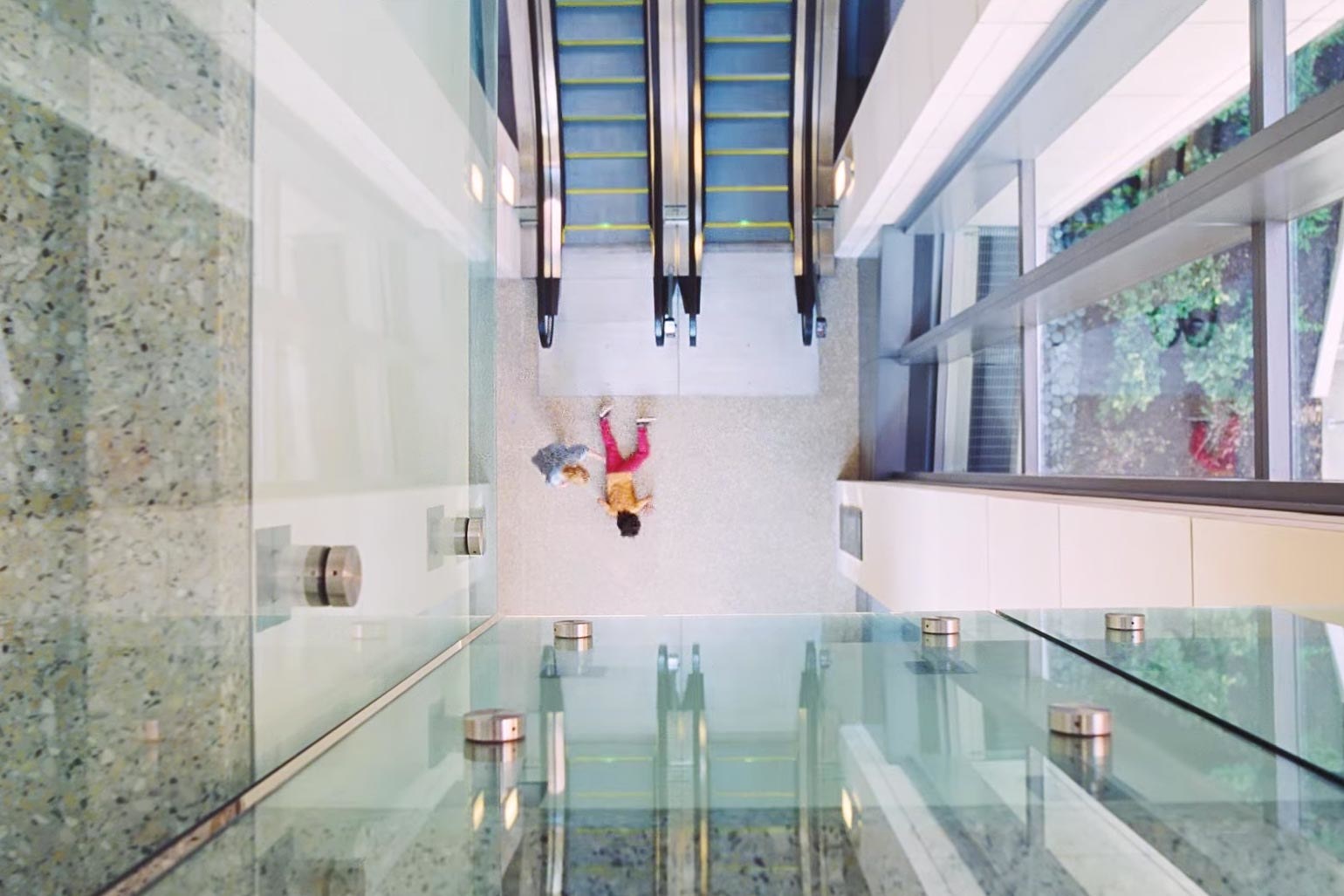 The Killing of a Sacred Deer Discussed and Explained

Taylor Holmes
cinema
December 18, 2017
The Killing of a Sacred Deer Discussed and Explained - or how this movie is so crazy, so messed up, as to be amazing - IMDB
Screenplay
Mindjobness
Acting
Action
Reader Rating111 Votes
4.5

To say that The Killing of a Sacred Deer won’t be for everyone is quite possibly the most understated thing I’ll say this entire calendar year. Most people will despise this movie. But I’m just going to skip past those people, and say, “I am so so very sorry for your loss. I’m sorry that you got sucked into the movie theater on a whim, for some odd reason you stared at Star Wars: The Last Jedi and thought, BLAH. What is this Killing of a Sacred Deer thingy? Let’s try that on for size. For some reason you didn’t know Yorgos Lanthimos was involved. HECK, you didn’t even know what a Yorgos even was! All you knew was you thought it was a hunting movie, and then you got this craziness?!? They all talk funny. And they act funny… and the blood man. THE BLOOD!”

If you’ve never heard of the movie the Lobster and don’t see yourself enjoying independent film much… then no. Do not watch this film. This isn’t just a crazy movie, it’s a crazy movie squared. But for those of you that love Greek Mythology and the question of sin, debt and payments of said debts… sure. Give it a shot. But know this. Yorgos is about to take you on the ride of your life, and this may not be a very good thing. If you’ve never seen The Killing of a Sacred Deer before, you can watch the movie right here:

So, with that said… THE REST OF THIS POST IS A SPOILER RIDDEN WASTE LAND. I will be discussing not only what happens in the movie, but the why, and what it all means. Please wave off if you do not want to have this movie completely ruined for you. Got it? Great.

Quick Overview of The Killing of a Sacred Deer

The story itself is simple enough. A doctor, Dr. Stephen Murphy, has had an accident. During heart surgery he has killed a patient on his table. Murphy may have had a drink or two before the procedure, but it definitely was an accident. Only problem? This now dead patient has a son, Martin, and a widow that he has now left bereaved (left bereft? No idea).

Anyway, now, as far as troubling coincidences go, Martin, happens to be a god. Ok, set the god thing aside for now… maybe not a god, but rather, someone with interesting super powers. And in exchange for killing his father, Martin expects Dr. Murphy to make amends. And here are his terms: the doctor can either kill one of his children, or, watch as everyone in his family gets paralysis, stops eating, and then begins bleeding out the eyes… and finally dies.

Is this hyperbole? The ravings of a lost, and mourning soul? Well, when Bob collapses, and cannot walk… we begin to wonder if this wasn’t the ravings of a lunatic. And when Kim collapses as well? Well, now we know we are full-on walking into the world of the Twilight Zone. (Speaking of which, I totally remember an episode of the Twilight Zone that reminds me of this movie – the one entitled “It’s A Good Life”, wherein there is a boy that controls everyone in this town, and sends them “Out into the cornfield” if they frustrate or anger him. But in this episode of the Twilight Zone, the boy’s name is Martin, and instead of sending them out into the corn, he kills them.)

Soon Stephen tells his wife Anna. But she is unclear. She’s annoyingly more interested in the back story of Martin’s father’s death than helping Stephen solve this logic puzzle. She wants to know if he’d been drinking. She wants to know his relationship to Martin, the mother… etc. Gah! I mean, that’s irrelevant! Right? But soon the movie barrels forward and we find ourselves with Martin, held hostage, by Stephen, in the basement. He’s been shot. And beaten. But still the kids illnesses are progressing. So when Anna let’s Martin go, Stephen and Anna have a choice to make. Should they kill one child to save the other?

And sure enough, that’s what Stephen does. In a game Russian Roulette of the worst kind… Stephen shoots Bob, and he dies. Chosen randomly… the gods have spoken. And just like that, Kim gets better, and the family tries to move on. Right? The what of the movie makes sense right? It’s just the – WHAT THE HECK – of the movie that doesn’t make any sense at all. So let’s away, shall we, to the next section of our discussion around the explanation of what happened in The Killing of a Sacred Deer?

How do we unravel this craziness? Where do we even begin? Do we find a loose thread and just start pulling? I mean?!? Gah. Hahah. But thankfully, your friendly THiNC. site has you covered.

What about that title? The Killing of a Sacred Deer?

When I first heard the title ‘Killing of a Sacred Deer’ immediately made my mind jump to the Greek Mythos world. You see, because there is a story about Iphigenia wherein she appears as the Greek fleet gathers to prepare for war against Troy. There, the leaders of the Greeks, you know, that Agamemnon guy? Well he makes a bad mistake and accidentally kills a deer in Artemis’ sacred grove. An apparently sacred deer no less. And as a result, Artemis punishes Agamemnon by stopping the winds so his fleet can’t sail to Troy. But the seer Calchas, helpful as he is, lets Agamemnon know that in order to appease Artemis, he’ll need to sacrifice his eldest daughter, Iphigenia. Sounding a little familiar? Well, Agamemnon initially refuses, but eventually relents, as he is pressured by the other commanders.

And who is Martin if he isn’t Artemis. Even the name is similar. Wikipedia describes Artemis as the deer and the cypress as sacred to her. She was the daughter of Zeus and Leto and she was the goddess of the hunt, the wilderness. And in this story, Martin is playing the part of a god punishing a clueless and unrepentant recalcitrant. Right? We’ll get to who that unrepentant recalcitrant is later. Trust me. Regardless, the story of Iphigenia is the story of Abraham and Isaac. It’s a story of debt, loss, payment, and retribution. It’s a story of Justice…

Sacred Deer and Questions of Justice?

First, a quote from Martin –

Martin has just walked Dr. Murphy through the agreement. That his whole family would die if he didn’t kill someone. That it would happen through a series of unfortunate escalations of events. Paralysis, Starvation, and Bleeding out the eyes. And then he says this – it’s the only thing that I can think of that’s close to justice. Eh?

Well, think about it, Dr. Stephen Murphy killed Martin’s father through gross negligence at best, and manslaughter at worst. Everything should have gone fine. But instead? He died. And so, Murphy should be held accountable for his actions. You know… eye for an eye and all. The curious thing here though? There is zero admission of guilt in this entire movie on the behalf of Dr. Murphy. He blames the anesthesiologist 100%. Heck, he blames anyone and everyone other than himself.

The bigger question here is, what is the point of blood in exchange for blood? Why does blood have power to pay off a blood debt? Well, from a spiritual standpoint, religions the world over have looked to sacrifices as having power to pay debt forever. In the Jewish world, sacrifices were made to pay for sin of the person’s past. Pigeons, sheep, goats, rams… heck, Abraham and Isaac anyone? We have a spiritual forefather ready to sacrifice his son, but God provided a ram caught in a thicket instead. In exchange for WHAT? though! Well, blood in exchange for sin. The death of a loved one in exchange for the murdering of a child’s father on an operating table.

Who Is This Recalcitrant? Well He’s America.

Did you consider while you were watching the film that the Murphy’s were extravagantly wealthy? That house is like a McMansion. And that McMansions are a symbol of American extravagance and success? And in America we love nothing better than a pulling yourself up by your bootstraps story. Success! Opulence! Material possessions!! This is the pinnacle of American Success as defined by advertisers and the Joneses alike.

But if Stephen Murphy is America, then what is America guilty of? Have we killed a deer or something? A sacred deer no less? Could it be that our concentration on materialism and selfishness is similar to this myopic killing of Martin’s father? That America is not only guilty of these crimes but that we aren’t even aware of our crimes. That instead of apologizing and asking forgiveness he blindly heads down the path and illogic of ultimately killing one of his own children. Right? No? Trust me, this movie is an indictment of each of us.

So in the final scene of the movie, the Murphys head to a local diner for standard, greasy, American fare. Hamburgers. French fries. And in case we missed it? Piles and piles of ketchup. And as the three of them (obviously missing one) sit there, in comes Martin – the god of judgment for the murder of all sacred deer. Stephen eyes Martin and vice versa. The two of them locked in a dodgy detente. All the while Kim is still longing for Martin with zero regard for the death of her brother, little desire to change.

Ultimately, it’s one final reminder of just how unrepentant Dr. Murphy and his family are. They were just party to kidnapping, child abuse, the works. And not to mention they killed their own son. As too, America is continuing to unrepentantly pillage the world to keep its place at the top of the pyramid.

Heck, or it could just be a story about a really strange boy using the powers of suggestion to paralyze fellow children and ultimately convince a random doctor to kill one of his own children. One or the other. I don’t know, what did you think it was about?!? You tell me!

Where to watch The Killing of a Sacred Deer