What Did You Guys Think of Backstabbing For Beginners?

Normally I am seven shades of opinionated – my friends might say 12 shades, but I digress. I have zero trouble coming to an opinion of what I think about things, and especially movies. I am rabidly outspoken in my disdain for Marvel movies and enormous Hollywood soulless horrors. I believe in supporting small budget indie flicks with clever premises and more talent than money. But this time? I really don’t know what I think. Originally I wasn’t even going to mention this movie to you all, but I thought, heck, maybe a conversation about it might help me solidify my opinion. Which is nigh on non-existent when it comes to Backstabbing for Beginners. And normally, I only bring you movies that I enjoyed. (I mean, really? Why throw shade on someone’s good intentions? And I’m really not a review site. So, why bother?)

So no spoilers today. Just a simple question. What did you guys think of Backstabbing for Beginners? Here. Trailer. For those of you who haven’t seen it, then you can decide if you even want to see it, in order to debate what we thought about it collectively. hahaha.

Personally, I thought this area of history to be a fascinating study. And I adore history, and historically based movies. And Ben Kingsley? I mean, how does this movie not scream win? So I would have thought it would have worked for me. And yet. I dunno. I walked away with a violently meh, response to it.

Let’s start with A24. Anytime I see that A24 is involved I get goosebumps. Literally. This is a very visceral and real response. That A24 logo is like a bell to one of Mr. Pavlov’s dogs. Let me just list but a few of A24’s films in just the last year or two. Ex Machina (I could stop the list here), It Comes At Night (Stop number 2 anyone?), Lady Bird, Locke, Enemy, Lady Bird, The Lobster (stop number 3, 4, 5, 6 & 7… and yet I continue), The Killing of a Sacred Deer, Under the Skin, A Ghost Story, The Florida Project, Room, The End of the Tour, the Sea of Trees, shall I continue? I mean… that is a force to be reckoned with right there. (Which as a side note, I am literally frothing at the mouth, a veritable froth cornucopia, no mere dollop of said froth… literal pound tonnage of froth, with regard to two coming movies from A24, the first? Hereditary. Wow. And the second? Under the Silver Lake. Shizzle. As a public service announcement, someone has got to get me press credentials or something… or onto A24’s screeners list, because, this being cut out of these sorts of movies will cause me an aneurism. Truth. Here’s an article about A24 from GQ that made everything click for me.) 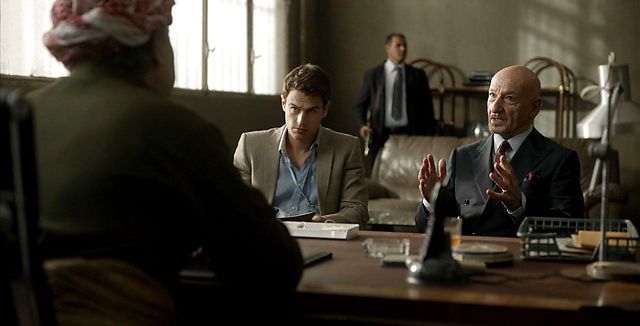 What is Backstabbing For Beginners?

I mean, besides possibly being the coolest movie name, like ever? It’s a movie in the Saddam Hussein era, when the UN instated an oil for food program that was meant as a way to let Iraq use its oil directly to help the citizens of Iraq by providing medicine, food, and other critical services to the Iraqis. But, apparently, (and this should shock literally no one), the program was riddled with corruption and kickbacks. So the movie follows a UN Under Secretary Pasha (played by Ben Kingsley), and his Executive Assistant Michael (played by Theo James), as they navigate the perilous waters of this corrupt landscape.

The movie is a little slow, but not horribly so. Personally, my tolerance for slow movies is unprecedented. So that wasn’t my issue with the movie. This movie had other problems that really gave me pause. And that was our characters obvious and willful wandering into moral ambiguity without any sort of decision or mention of such. You know? Like, it was similar to playing a video game that is on rails, and your character keeps making these really really awful life choices and it is so obviously a trap, or that it will come back to haunt you later. “No. Do not talk to him. He is not a good guy. He’s a bad guy. Good guys never have eye patches in video games. This is a rule.” (Deus Ex 2 I’m looking at you buddy.) And that is what is happening here. Wait, Michael? Um, chief? What are you doing?

And that feeling was so strong throughout the entire movie that I just never really got into it. I couldn’t root for Michael, and while I always love Ben Kingsley, his character here was a little heavy handed for my taste. (But I did love the fact that Ben’s favorite exclamation as Pasha was always a loud barking FACK! Never fuck. Always, FACKKK!! Which never failed to illicit a laugh. So there is that.) 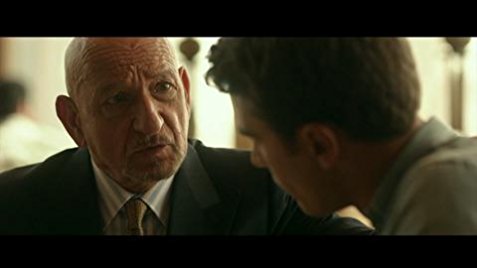 What Am I Missing Here?

Have any of you seen it yet? What did you think of it. There was a level of historicity to it that I enjoyed, but it just made me want to go read a book about the time period, or look for reporting from the time to learn more. And as the movie was so heavy handed with an obviously nuanced idea I didn’t know whether I could trust the story or not. Did anyone else feel that way? I don’t know. It was ok, but it wasn’t great. Just interested in hearing your thoughts I guess.