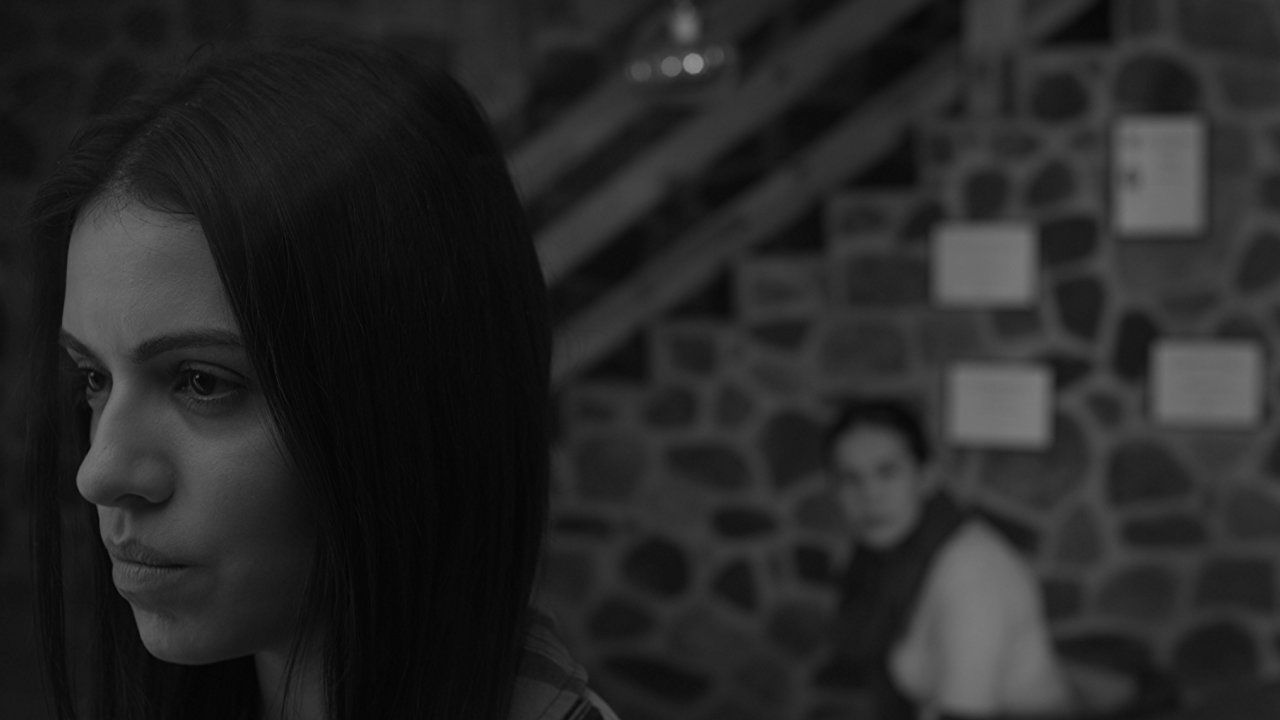 The Movie Verónica is the Best Kind of Mindjob

Taylor Holmes
featured
January 13, 2019
The Movie Verónica is the Best Kind of Mindjob - a perfect THiNC. movie of the truest form. An independent Spanish movie that'll have you on your toes from beginning to end. IMDB
Screenplay
Mindjob
Acting
Editing
Reader Rating3 Votes
4.2

I think I got called out by someone in the comments for writing about a movie that didn’t have a trick ending to it. So he watched the movie, constantly expecting some crazy ending to happen. But you guys…I talk about any kind of movie that will make you think and get you talking. Today though, I will come out in advance and say that the movie Verónica definitely has an ending that will mess you up. It’s a low budget movie of the ilk that we really appreciate here on THiNC. It’s definitely our bread and butter. So, if you were only reading TaylorHolmes.com for the mindjobs… well, rest assured, that while not every movie is one, this one definitely is. OK? (Cough, DevKev… I’m looking at you buddy.) But before we go any further, I have a quick public service announcement to make. This isn’t THE Spanish movie called Veronica that some are calling the scariest movie of all time. Which, I have to admit, I thought this was.

Alright, so what do we have here? Verónica is a movie about a female psychologist, a woman that is never named in the movie actually. Which is the 2nd movie this week where the main female protagonist was not named. So from here on out we’ll call her, “The Psychologist,” fair enough? Our aforementioned psychologist basically, begrudgingly, takes on a new case of a very troubled woman…coincidentally, named Verónica. Huh. Anyway, the psychologist invites Verónica to come to her secluded cabin in the woods to begin treatment and therapy. The rest of the movie is the brilliant cat and mouse game between our astute psychologist and our troubled protagonist. Really, if I were to tell you any more than that, this entire movie would unzip from top to bottom right before our eyes. So, let’s collectively ooh and ahh at the trailer and then dismissed those amongst us who haven’t watched the movie. OK? Great.

Well. I have to admit, that I’m hyperventilating a bit as I think about doing a walkthrough and breakdown of this movie. Why? There are only two actresses in this little, low budget, movie. So what’s so daunting. Well, why don’t we dive into this little movie and see what’s so mind blowing about it. But before we do that, I gotta ask a favor. If you haven’t already seen this movie, go ahead and click this link and watch on Netflix. Alright, let’s quickly walk through the what’s of what happened throughout the movie, and then we can talk about the why’s and the holy cow, WHAT?!?

As I mentioned above, the movie starts out when the Psychiatrist gets a phone call asking, nay begging, her to take on another client, even though she isn’t taking on clients anymore. But, phew, thankfully the Psychologist takes on one last client and we get a movie. And as soon as Verónica arrives at the cabin with the psychologist, the game is on.

Before we go too far, I have to say, that I was completely and totally perplexed by the title sequence montage that the psychologist was doing before Verónica arrives and the showdown begins. I’d literally never seen anything like it. The psychologist was taken log sections, drilling holes, and inserting plugs into the holes. She would then put the logs into a bin of water that was filled with ice? I was baffled. It wasn’t until later that we were told that it was her hobby to grow shiitake mushrooms. Huh. Who knew? But man, that whole section seemed incredibly important. Maybe it was hiding something else? Maybe.

Then one night, the psychologist wakes up to find that her shiitake shed (like a she shed?) is open. So she grabs her gun and heads into the shake. Well, there, behind her is Verónica… and as the two are struggling and fighting its nearly impossible to tell the two apart. Eventually, Verónica is shot. And as the two are dialoguing post injury, Verónica begins to wax eloquent about the allegory of the cave. You remember this story – you heard it in Philosophy 101. The idea that man has been shackled in a cave, and the only reality that he knows is the shadows of shapes paraded before their eyes. They have taken a 2D reality as truth. And eventually, as the allegory continues, one man is finally freed, and able to go out into the sunlight and see what reality actually looks like. But when he goes back to tell those who are locked in the cave what reality really is like, he is laughed at. Plato even said that those that were locked up would even kill to continue this lie of shadows.

Well, after having killed Verónica, and buried her, and then her coming back to life, we realize that something else is going on here. Something bigger is happening. (Hopefully sensed this earlier than this, but it’s glaringly obvious now.) So when Verónica spells it out for her, clarity begins to happen on all kinds of levels. What is your name? “De La Serna Veronica” – the psychologist and the patient share a name? Better yet:

are anagrams of one another. So not only is the psychologist the patient, but also the previous therapist as well. This whole movie is collapsing on our heads here!!! What is going on here?!

Well, soon after this exchange, we see Verónica in the psychologist’s clothes, glasses, etc. And the psychologist is now gone. Missing. But we have learned the truth, she never existed in the first place (which, explains the lack of a name, etc.). Then, we watch as Verónica heads out to the shiitake shack and proceeds to kill her mother. This is a vision, a flashback, of something that probably had recently happened. Because after she killed her mother, we see her looking over to where the shiitake logs are floating, and there, below the surface, is her mother.

Deeper Dive on the movie Verónica

Verónica is a fantastic average day in Philosophy or Psychology 101. If that wasn’t your idea of fun, then wow, I’m sure you didn’t dig this movie at all. But me? I was that apple carrying dweeb at the front of the class. Heck, I was asked by my philosophy professors to tutor kids in my philosophy classes. So, yes, please, may I have another.

Now that we know the right hook of this particular movie, that there is actually no one else here in this movie other than Verónica. Nada. So think about it, Verónica MPD’s (can you verb MPD?) into a Psychologist, and convinces herself she gets a call (from her anagramed self) desperately asking her to take on herself as a patient. Wait. WHAT? Yes. This is the definition of something of a mental situation. And as the “psychologist” begins attempting to treat herself, she first has to uncover her own past in order to accurately treat… uh, herself. Every single therapist, and every single psychologist I have ever met, every one, has joked about how they got into this profession because they needed therapy. Sure, it’s a joke, but behind every joke is a dose of reality. And in this movie it is 100% true.

And then there is the philosophy side of the movie, which is mainly talking about enlightenment. Truly seeing. Which is why her light “condition” is so significant. She doesn’t have a medical problem. She is afraid of the truth. Deep down, subliminally (supra-subliminally?), she doesn’t want to know that she’s actually mad. That she has been abused by her mother to such a degree, that she’s gone beyond a dissociative fugue state. What would that be called? A Fugue2? There has to be a level beyond a standard fugue, because this girl – she is incredibly messed up.

Do you really want to know the key to unlocking the movie Verónica? The key is in the realization that this movie isn’t about Verónica… not even a little bit. This movie is actually all about you. And the pivot upon which the entire movie swivels is all about your enlightenment. Huh, what? Seriously, how in touch with life are you? Have you stopped and considered your life lately? When was the last time you thought, “what really is the meaning of life?” Have you been lulled to sleep by the difficulties of life? By that last McDonald’s ad telling you that you deserve a break today? Do you spend more time in that lazy-boy and in front of your TV being lulled to sleep each night? Maybe alcohol is your avoidance method of choice. Heck, movies about enlightenment could possibly be your drug of choice. I don’t know. But if you aren’t deeply examining life, and evaluating the purpose of life, and sucking the marrow out of life – then you are missing something. I am missing something. What am I missing out of life? Where am I asleep at the wheel. The big question we have to ask ourselves after watching this is where in our lives are we wearing blinders? Have we been locked to the stocks, staring at the shadows on the wall, lying to ourselves about what reality really is? And with that, I have to leave it there, because I can’t answer this question for you… heck, I’m having a hard time answering it for myself!