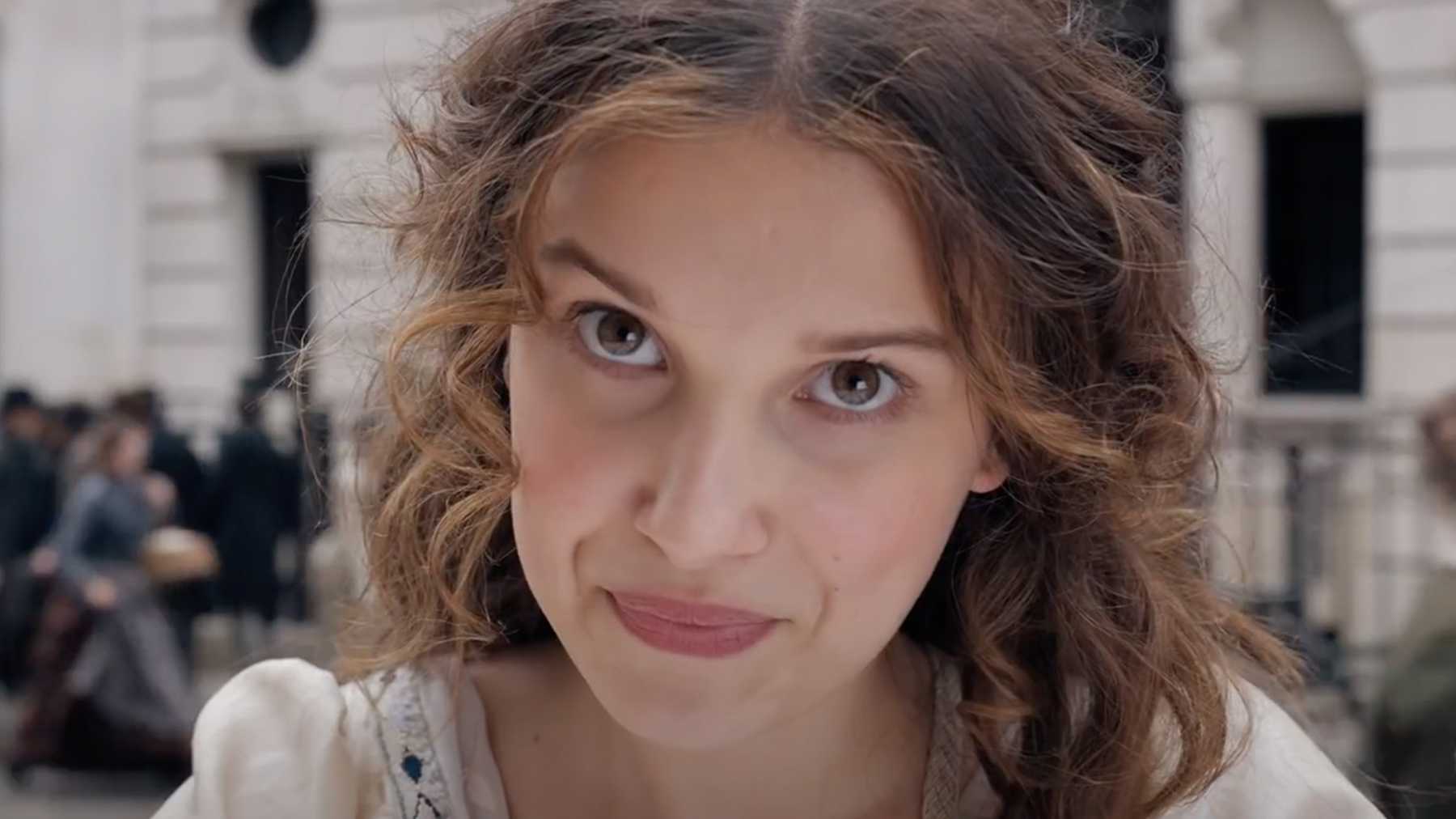 Enola Holmes and Other Films For Teens

Occasionally I get asked, and it is a really valid question, why I don’t recommend more movies for TEENS that a) make those younger viewers think and b) and would be enjoyable for them to think about. Hrrm. My first response is to say, uh, because they don’t exist? hahaha. No, that isn’t true. I mean, don’t they just want to watch the Kardashians on repeat? No. Not all teens want that. Certainly, right? But, generally, teenagers don’t hop on Google and type the words, “Explain the existential and metaphysical underpinning of the movie Tenet.” That’s just not a thing. But you might have, which is why you are here! Regardless, today, I’m bringing you Enola Holmes and Other Films for Teens. Wherein, I will tell you a bit about the movie Enola Holmes, and then also try and conjure up some movies that I have been watching with my two oldest teens that they enjoyed. OK? Great. So today will be a spoiler free experience. No walk throughs. No in depth unveilings and metaphysical existentialism – or what have you. Just ten perfect movie recommendations for you and your teens.

And now that I think about it, I did do this post for thinking college students where I recommended 10 films for this elusive group. But I don’t know if that demographic of movies is what we are looking for here. I wouldn’t show many of those movies to my teens anyway. So let’s find a few more family friendly films that everyone in the family might enjoy thinking about.

Okay, reason number one for why you and your teen will fall in love with Enola Holmes? Millie Bobby Brown. (She’s also my reason #2 – #28, but that would get really old with me just typing that over and over again. “Millie Bobby Brown, Millie Bobby Brown, Millie Bobby… you get the idea.) I’m pretty sure your kid dug her as Eleven in Stranger Things and so they’ll like watching her flip to an even more likable role. Also, she shows up film greats Henry Cavill, and Sam Claflin, so there’s that too. And she works marvelously well with Helena Bonham Carter, and who doesn’t like Helena Bonham Carter?

Juno is one of the greatest movies of all time. It features brilliant and witty dialog that your smart teenager will enjoy. It’s got a STACKED cast. And the film spends its time dealing with the chaos that is teenage pregnancy. Did I mention it was written by Diablo Cody – and it’s some of the best writing in a dialog driven screenplay I’ve ever seen. She also wrote the crazy brilliant Jennifer’s Body (yes, that is my official opinion, don’t make me write a 5k word piece justifying myself) and also Tully, but I don’t recommend EITHER of those movies for your teen. OK? Juno is a movie with a really great heart and a fantastic message to boot.

— alright, the train stops here for the non-Patreon readers – sorry about that. But if you’d like to read them all, head on over here and sign up now. Make new friends. Find out about new movies. Trust me, it’s worth it. —

Sorry! This part of content is hidden behind this box because it requires a higher contribution level ($1) at Patreon. Why not take this chance to increase your contribution?

And there you have it – Enola Holmes and Other Films For Teens. A total of ten films to share with your kids that will cause them to think…while simultaneously show them a really good time. And if your kids don’t like any of the movies on this list, feel free to contact my kids and ask for your money back. (Because that wouldn’t be weird at all.) I’m sure my kid’s mowing money will more than cover your grievances. Or something.