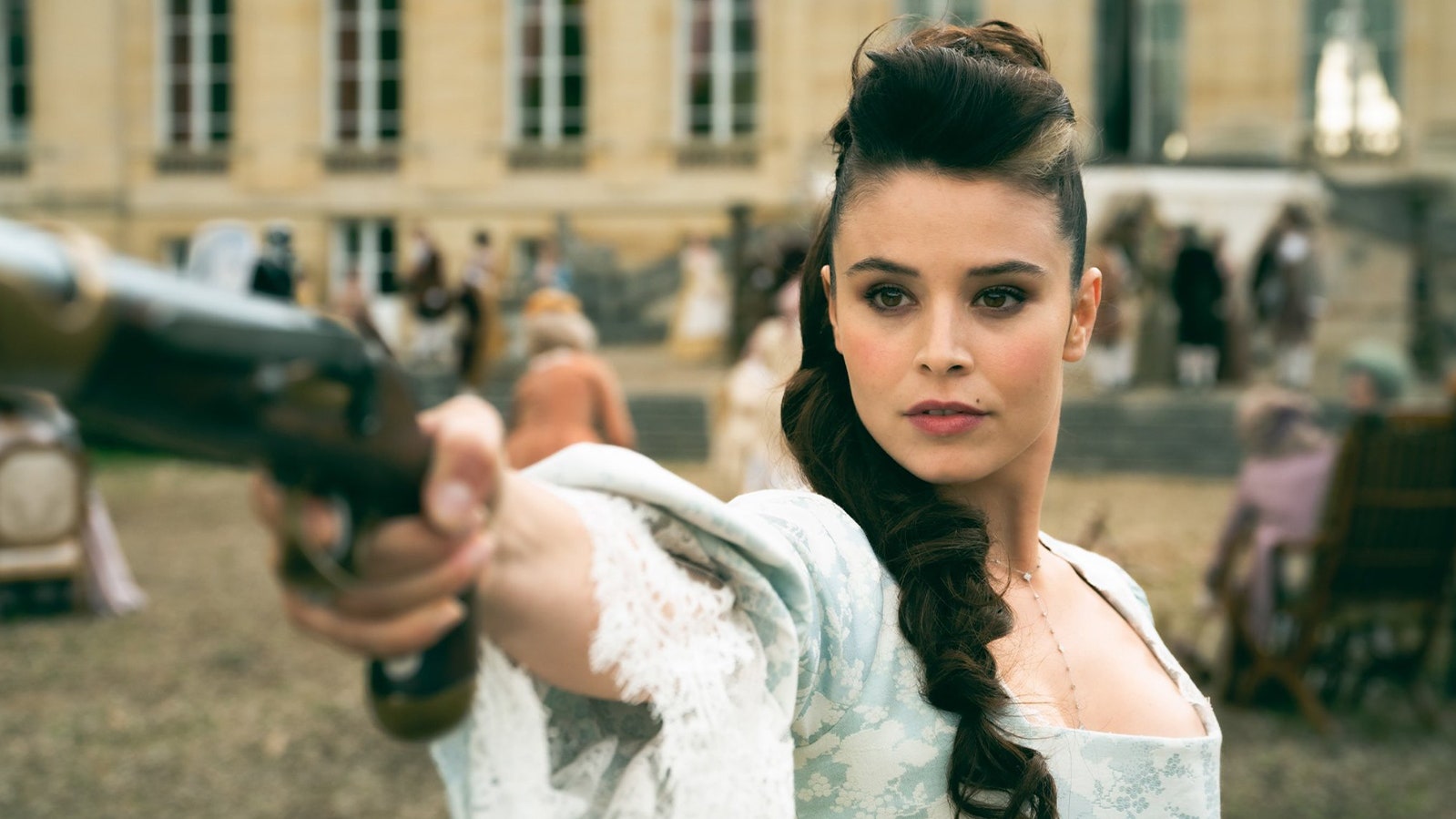 One of THiNC.’s (third person possessive plural for the win) favorite series of all time is the Tom Hardy show, Taboo. It’s brilliant historical fiction spliced straight into the heart of a great history text book, with enough explosives, and cabals to warm the cockles of any History major’s heart. (Still waiting for someone to do a fictional series on the American Conway Cabal, but whatever.) Taboo was so good, the only thing missing was some sort of mystical/supernatural slant to it. Well thankfully, Netflix decided, you know what? Taboo? I’ll see your dark fictional historicity, and I’ll do you one better. Which is why you need to watch La Revólution on Netflix now.

Interesting eh? I was apparently under the false impression that the French Revolution was of an intellectual origin that came from like a global network of European and American thinkers who shared political ideas that launched the American Revolution….but apparently, the French Revolution was actually caused by a group of elites that were power hungry. So power hungry that they were willing to trade in their eternal souls for eternal power here on earth. The blue bloods.

But the blue blood is only hinted at over the course of the first few episodes. It’s mainly straight up and down historical fiction until we get further along in the series. There are tales of a man who was killed by the political elites, and might still be alive. There is a doctor who cares about everyone, and the health of all. And he begins noticing strange things brewing in the health lives of some of the less fortunate people in France. Rumors of monsters in the woods. The like.

It’s a tale of love, politics, class struggle, and maybe also vampires? Going into it, your guess is as good as mine. Zombies? Vampires? Werewolves? Something weird is going on here in Paris. Something very very weird. I just finished the series and I absolutely adored it. I found myself pausing the movie regularly to inspect the brilliance of the dark CGI landscapes of Paris and other city locales. I paused it to just stare slack jawed at the real on-site locations where this series was shot. I just stood, agog, staring during chase scenes and fight scenes. I literally was transfixed the further into the series I went.

Yes, the series could have been a French Historical Twilight – but I promise you that alas, it is not! This is a bloody, conflict filled, gritty retelling of the French upheaval. It actually stays pretty close to the historicity of the revolution – and just layers over one additional fictional (mythical) element, that really changes the entire way in which we see the bloody struggle. It really changes everything without throwing away entirety of the history. Which is what I enjoyed about Taboo. Similar to the Nootka Sound land grab attempt for the West Indies Trading Company which was so interested in with the Taboo series. This too is all based on real fact, and history…but it just tosses in Vampires to boot!

It’s been a long time since I’ve enjoyed a series this much. it was quite the shock because I clicked play without even watching the trailer. Literally had not a single idea going in. Which, actually, made it all the more fun. Anyway…if you get a chance to check it out, just let Netflix know I sent you… so they can give me a firm pat on the back…some day. hahaha.

And yes, yes, you are welcome for that tip. If you swung through here having already seen the show, and you’d like other similar examples like La Revólution – like I said, check out Taboo. For sure. Also, check out Peaky Blinders, and I hear, Penny Dreadful (though I haven’t stopped to watch it yet, and I KNOW I’m going to catch grief for that admission in the comments.) Maybe also Jonathan Strange & Mr Norrell (of which I’ve read the book, but haven’t watched the show…though I’ve heard good things about it.) And I recently started a series called Black Sails, which seems like a much more accurate Pirates of the Caribbean…at least the bits I’ve seen so far anyway.