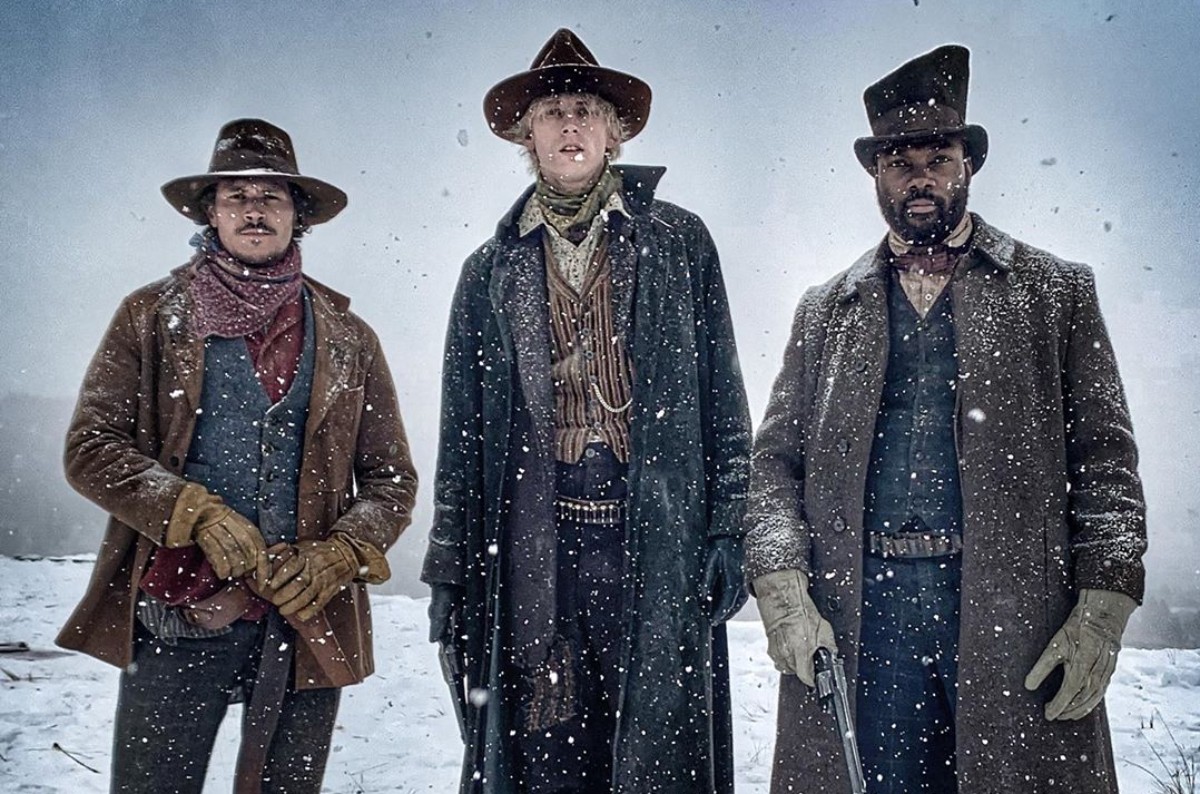 Who is the Last Son in the Movie The Last Son? Where have all of these westerns come from all of a sudden? Power of the Dog, and Old Henry just the two most notable examples. Today we have the latest example in Sam Worthington’s The Last Son movie. The setup is simple enough: a Native American prophesy declares that Isaac LeMay (played by Sam Worthington) will die at the hands of one of his children. He’s determined to do absolutely anything and everything in his power to stop the prophesy from coming true. If westerns are your thing… or ultra violent family dramas maybe?… then you might just like this one. The only reason I stuck this one out was simply because I wanted to know who the last son was… so let’s see if we can figure it out together.

Who is the Last Son?

The reason I didn’t give up on this movie was simply because I wanted to know who the last son was. I mean, I had the movie figured out about 30 minutes in, but I could NOT figure out how the title of the movie worked itself out. (I just thought of a clever game we could play on the blog… watch the trailer and guess the ending of the movie. Hrmm. Gotta try this some time! Why? Because the trailer basically gives this one away, as most do.) So, I stuck with the movie in order to figure out that one little detail. And hopefully you’ve already watched the film so you don’t ruin the trick to this one.

Isaac LeMay, attempting to contravene the prophecy that is intent on putting him in the ground, is crisscrossing the country and killing one child of his after another. And, as a result, he’s got the military after him, he’s got the law after him, and he’s got numerous family members after him. But LeMay is basically a ghost, and is fairly untouchable apparently.

The number one suspect for the fulfilling of the prophecy, and LeMay’s execution, is Cal (played by Machine Gun Kelly… and the single biggest culprit for my wanting to turn this movie off if I’m being honest). But there was still that “The Last Son” detail I was dying to figure out. GRRRRRR. Cal was born of a prostitute, Anna, who gave him up to a shelter. She continued to visit, but would never take him back. This, to put it lightly, really screwed up poor Cal. And if the movie did ANYTHING interesting at all (other than that elusive title that is) it made a bad guy bigger than the bad guy in LeMay. I always find movies that make the bad guy the good guy interesting, 100% of the time. It means our hero will always die in the end. But, it’s still an interesting twist. And with LeMay being evil incarnate, it really took an even more evil individual to replace his devil-role. But Cal did a pretty good job at it. I mean, I hated him anyway… but that might not have had much to do with his character. But I digress.

Eventually, the movie settles down, and we realize that this is going to go down to a showdown between Cal and LeMay. But if you were paying attention at all, you realized early on, that it was actually going to be his daughter, Megan (played by Emily Marie Palmer) who was going to kill him. Why? Because the movie took great pains to clarify that the prophesy wasn’t that one of LeMay’s sons would be the one to kill him, but rather, that it would be one of his children. And, after LeMay murdered her step-father, she took her rifle with her and headed after LeMay. I mean… come on. Who else is going to kill him than Megan?

As we head into the ending of the film here is the scorecard: LeMay is imprisoned. Cal and his cronies have gotten their hands on a Gatling gun, and are heading to town to kill his father. And Megan is holed up in a house nearby just watching. When Cal kills his mother’s love, who also doubles as one of the military trackers hunting him down, he inadvertently alerts his father, who is in a jail cell, that Cal is coming. So LeMay asks to go to the outhouse. And when he climbs in and waits, he’s able to use the refuse to slip out of his handcuffs… and kill the deputy when he comes looking for him. Then LeMay hunts down Cal’s gang one by one. Which brings us to the show down in the street between Cal and LeMay. Gatling gun and a pistol? But the prophesy has already spoken. And Cal? He misses entirely. Or if he hits him, it isn’t mortal. LeMay on the other hand shoots Cal a number of times, and he makes certain Cal is dead. But then, there is Megan, standing there with a pistol the size of Texas. She shoots LeMay and then takes off.

So, at this point, this western movie is just a really violent, and messed up, movie about a thoroughly demented and dysfunctional family. We learn that it wasn’t a male that would end LeMay, but rather his daughter Megan. Okay. So, um, then what the heck is the deal with the Last Son business? Who is the last son? Was it Cal? No. Because Cal wasn’t the one from the prophesy. The Last Son from the title of the movie comes from the fact that Megan eventually settles down, and has three children. Two girls. And her last child, was a boy. The Last Son. Oh, wait, what?

What Does The Title of The Last Son Mean?

Well, seeing as though the last son is Megan’s son… the last of her three children… it is basically foretelling of another evil seed in the LeMay’s family. We know that LeMay was something of a hell spawn. We know that Megan’s mother wasn’t all there. And Megan actually is quite good at this killing thing as well. So, it most likely means that this curse of the LeMay’s will continue on in Megan’s youngest child. Right? I mean, could it mean anything other than that? If so, I’d like to hear about it in the comments section.