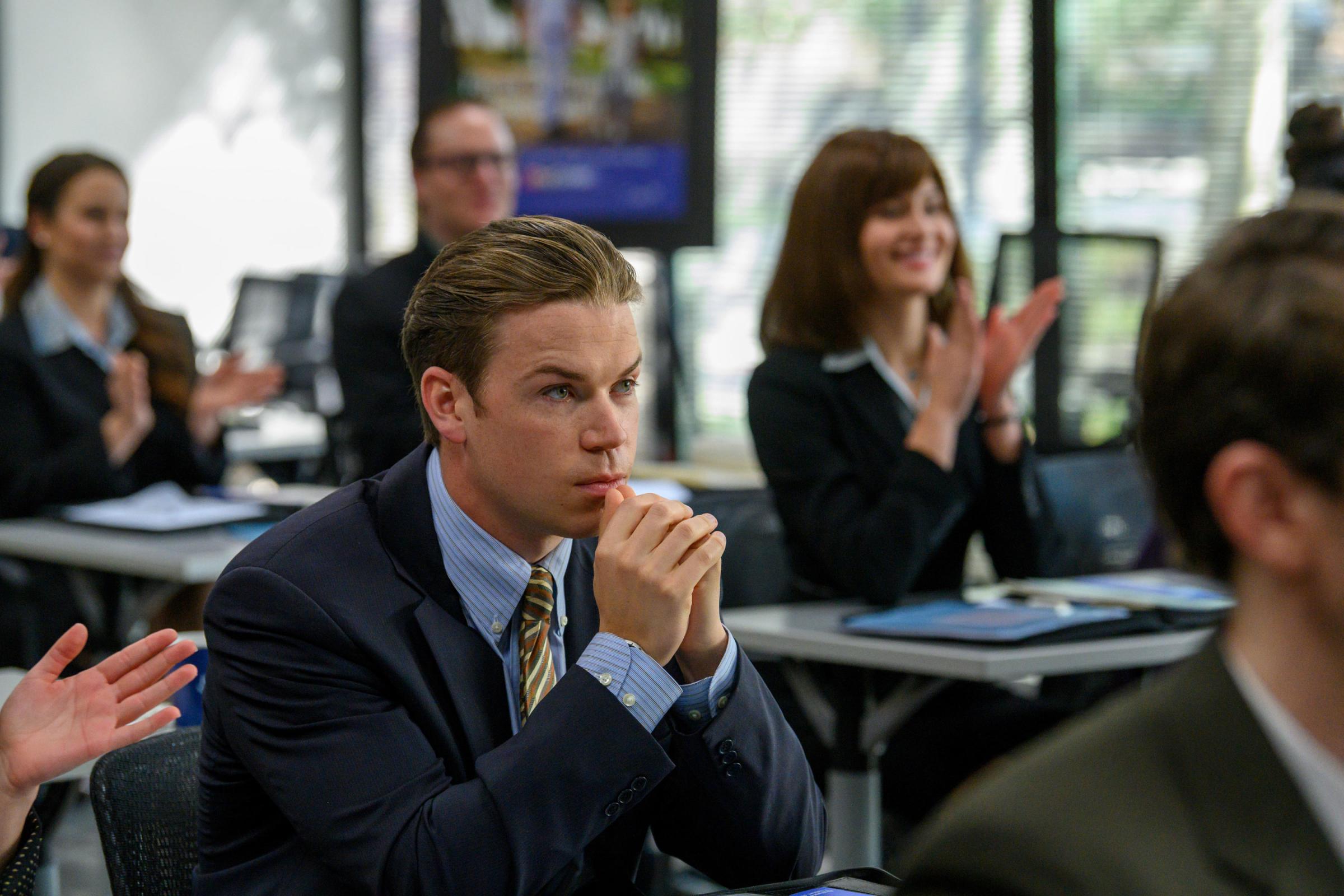 Why You Must Watch Dopesick Right Now

Why you must watch Dopesick right now. And yes, for some of you, I am terribly late to this horrible party. And yet, I’m here aren’t I? Regardless, too many of you have never even heard of this unbelievably powerful, extraordinarily depressing, yet inspiring, empowering story. If you have been living under a rock, then you need to know that Dopesick tells the story of the massive opioid crisis that swept the nation, and dragged so many addicted people under with it. It’s an unbelievable tale about greed… greed… greed. And, oh, by the way, did I mention this movie is about utter and ruthless greed? Yeah, it’s about greed. And pure unadulterated evil. Evil fueled by money, profits and an utter disregard for humans trapped on the rack of OxyContin.

While the show is a hard watch, one that required me to wander around the room randomly, stare away from the screen occasionally, and generally do mental crunches in order to keep watching, I was better off for the mental exercise after it was all over. The show blends the true story of the opioid crisis epidemic, the investigation into its sweep of the nation, and the company that created OxyContin, along with fictional set pieces to show just how ruthless the drug could be to an unwitting nation that was being lied to at every single turn. Personally, I am afraid of drugs. After several ACL replacement surgeries I hopped off the pain meds as soon as physically conscious… mainly because of my own addictive personality. I do nothing in half measure. I would be a REALLY good drug addict. I would study, I would cram, I would practice at it. It would not go well for me or my family. But many who have nowhere else to turn because of oppressive pain, and the hope for “pain management,” found themselves shackled to a wall, and unaware of just how bad a master they had really chosen.

“Less than one percent of OxyContin users will become addicted.”

But in all reality? Oxy was a demon lurking in pill form, desiring whomever it might destroy. So, as the Sackler family – the owners of the company, Purdue Pharma – sought to grow the drug OxyContin, into global domination, it grew a marketing team that pushed lies, well-coifed half truths, and generally used a sales force that convinced the world that the health industry had failed the pain-impacted the world over. And as I was watching, I was constantly asking the question, what state is Purdue Pharma in right now that they are unable to sue the hell out of these show creators? But it would appear that Danny Strong worked diligently to guarantee that the show depicted the true events of how the marketing team worked in order to literally avoid the risk of legal backlash. So much so that they had several Disney lawyers going through every script in order to guarantee they were sticking to the truth of the events from top to bottom. Danny Strong stated that “the Sackler family constantly threatens people with lawsuits and litigation as a bullying tactic. They actually never sue, but they constantly threaten it. So, we had, like I said, a team of lawyers and researchers going through the scripts to make sure that they were factually accurate in their portrayal of the key events.” And integral to this story’s efforts at truth was Beth Macy’s book, “Dopesick: Dealers, Doctors and the Drug Company That Addicted America.” (Which I just started today, and I’m already half way through – it’s a riveting read, even immediately after finishing the show. There are so many heartbreaking and interesting details that the show couldn’t cover. After all, the book tells the story of these miners in the Appalachia region that were so prone to injury that they were an easy con for this grift the Purdue family were implementing.

The hardest part of this show were these fictionally composited characters that carry so much painful truth to them. “By fictionalizing, I wouldn’t be stuck to the truth of one person’s life. I could use as many anecdotes as I wanted. I could achieve a more universal truth; a higher truth.” Strong stated in an interview with NPR about his creative process. But it is one real family, and the characters in this family that really made my head explode, and it was that of the Sackler family. They just toe this unbelievably inhuman worldview that touts profits over human lives. Literally. And then on the other side of this table is Ricke Mountcastle and Randy Ramseyer who were the US Justice Department’s leads on the investigation into this OxyContin epidemic.

Did they succeed in their battle against the Sackler family? Spoiler alert, thankfully they did… ultimately, the Purdue Pharma company admitted that they “knowingly and intentionally conspired and agreed with others to aid and abet” doctors to prescribe their OxyContin medication “without a legitimate medical purpose.” Man. Just unbelievable to me. Purdue has ultimately been protected in a multi-billion dollar settlement that cost them a scant $4 billion dollars in order to indemnify the communities and individuals that were harmed by their product. But the Sackler family has always maintained their own personal innocence in all of this. That they, to this day, always acted lawfully and ethically. Cough. My two cents, line them all up against a wall and shoot them. Sure, a bit harsh, but look at what they did to so many innocent people who had no idea what they were getting into. When heroin is a down-step from an Oxycontin addiction, you are wielding a really, really, dangerous drug and doing it senselessly.