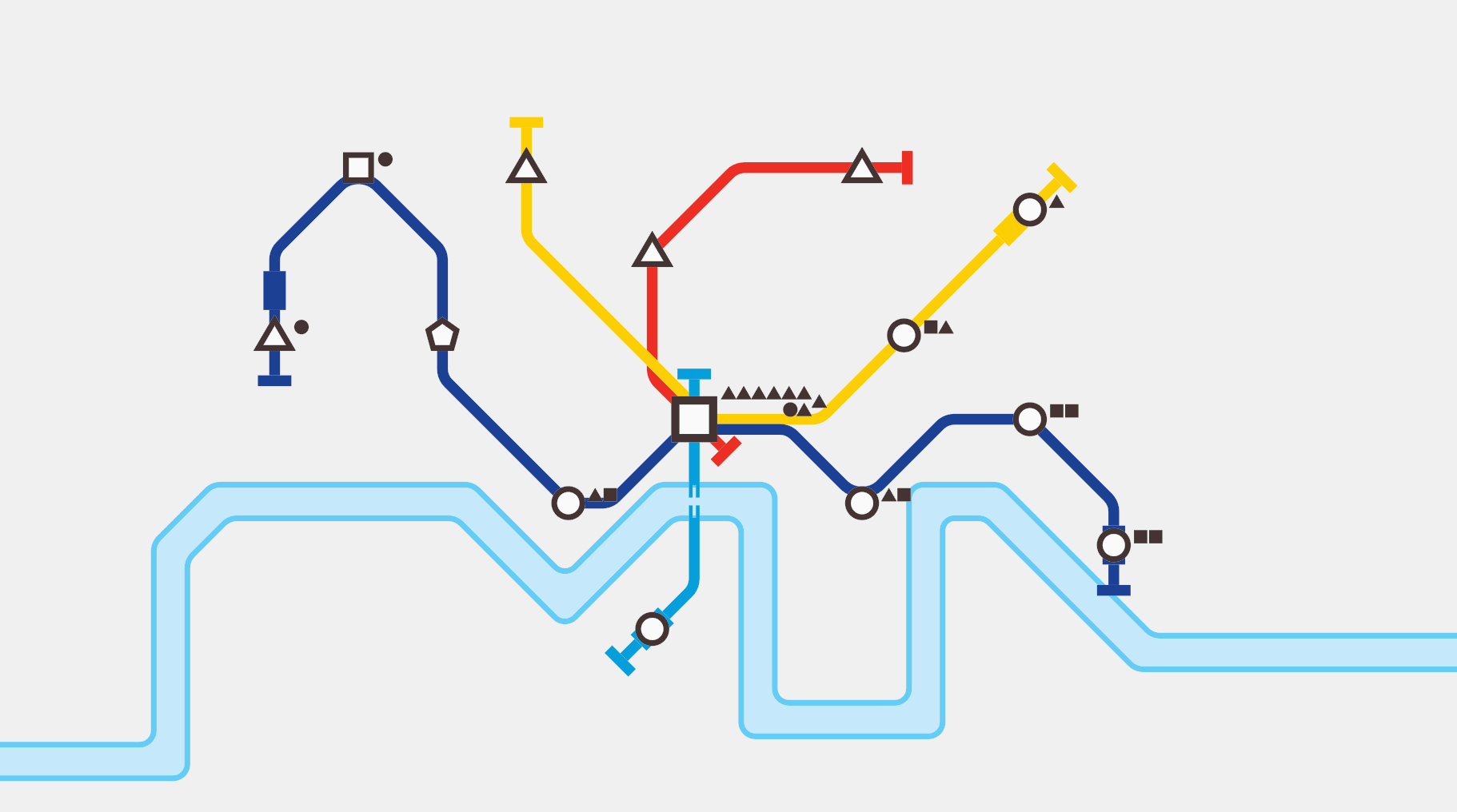 Must Have Mini Metro Game Catharsis

Must Have Mini Metro Game Catharsis

It’s pretty rare that I will pitch a game to you guys. But when I do, you have to know that it’s a must get. Right? No, say it with me… RIIGGHHHT. Good. Thanks for that. So, I stumbled upon a game whilst grabbing another game (Talos Principle anyone? Yeah, that review is going to take a while…) and just fell in love with it instantly.

The concept, is simple enough. Connect shapes – to move passengers along the lines from destination to destination. Don’t let the passengers queue too long or else the game explodes on you and ends. So to keep that from happening, use the new lines, and the new trains, and new larger exchanges to keep the lines from getting too long.

Here, let me just show you the progression shots of one game and see if you can piece the game together yourself… and because you are quite clever… you’ll get it right away. 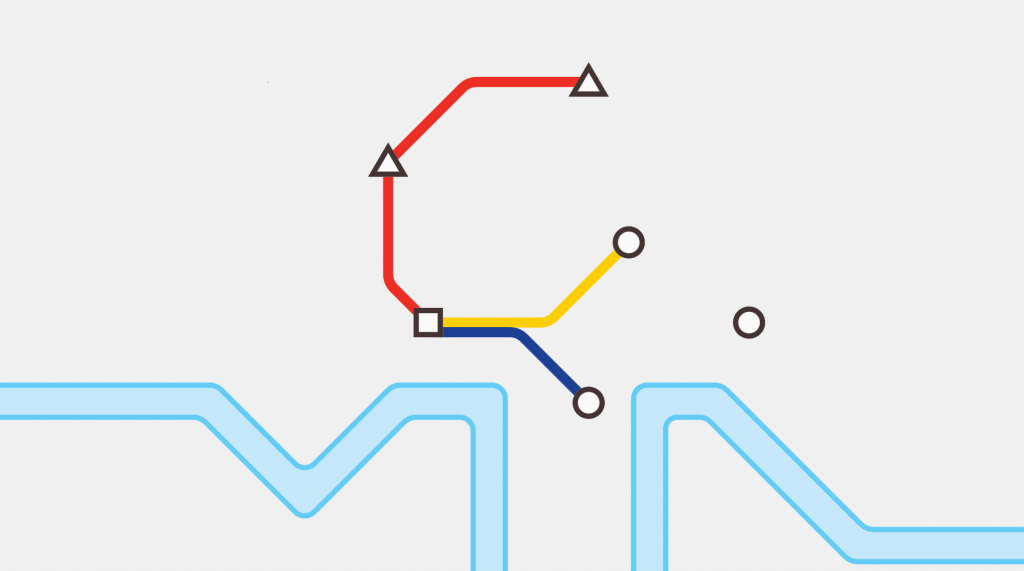 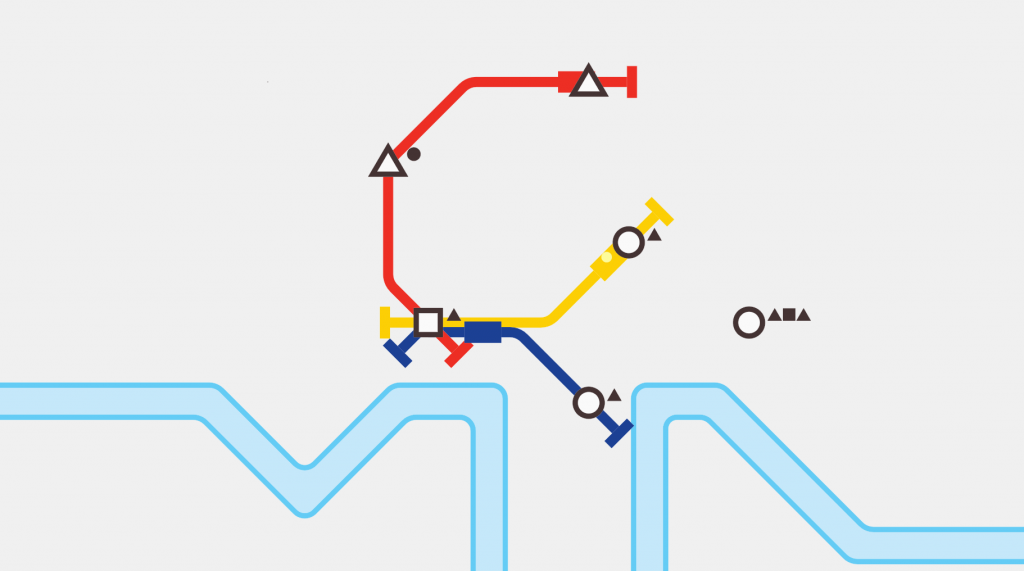 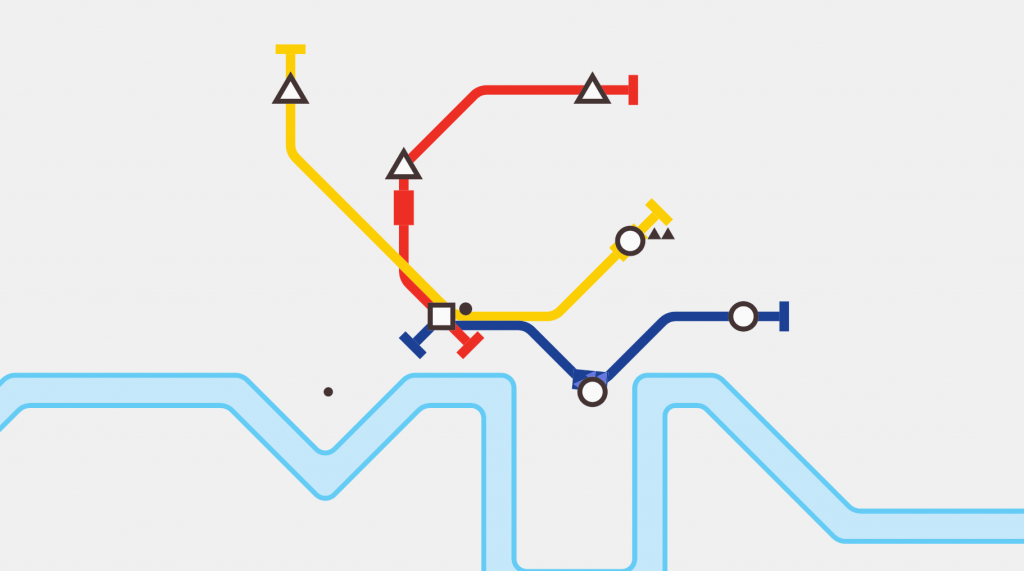 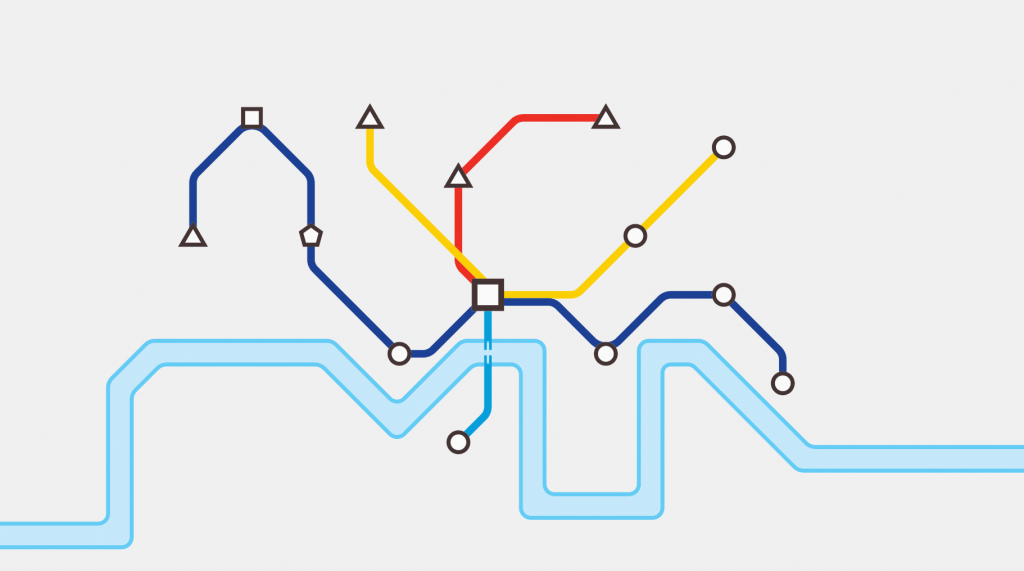 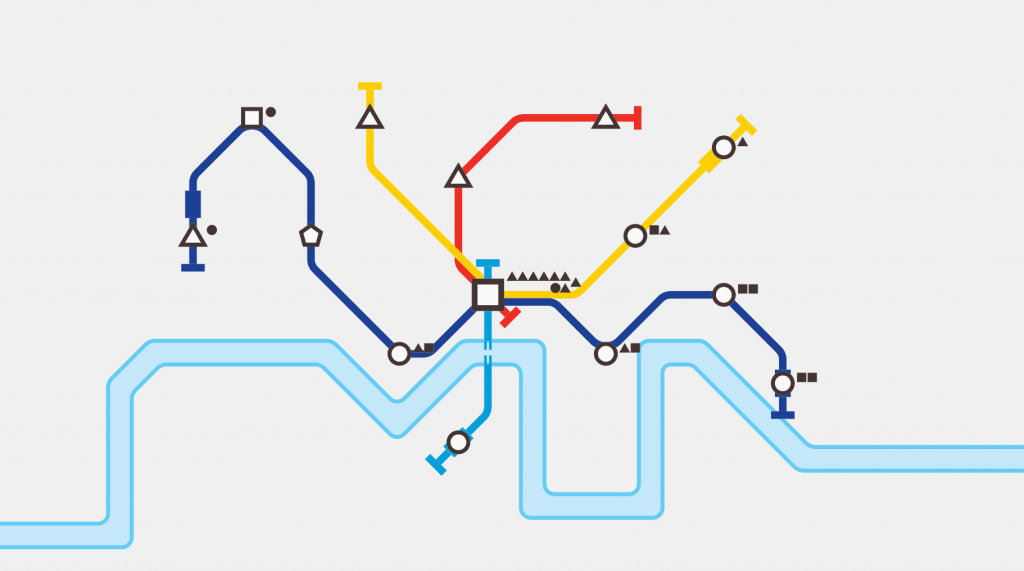 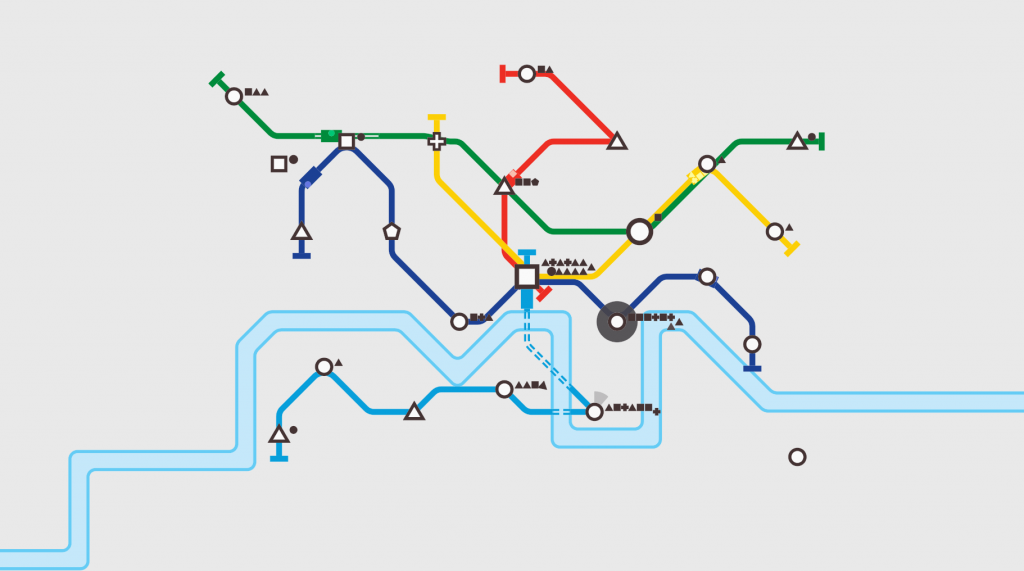 As you proceed through the easy sections of the game you will continue to connect further and further sections of the city. You can optimize lines by reordering your lines, and adding locomotives to your lines. You can upgrade the really busy interchanges with higher capacity interchanges. You can then start getting the ability to tunnel under the river, and even adding carriages to trains to allow more and more passengers to travel on a particular train. Don’t believe me that Mini Metro is worth playing? Give it a shot in your browser for free and see.

But, I have a warning for you OCD types out there. The game starts picking up speed. And no, this isn’t a SIM City simulation. This is a game, and so you need to start thinking on your toes. Great! You got a new opportunity to create a new line! Connect it up… passengers are queuing… oh damn. You don’t have any new locomotives to put on the line. That is when the big stress starts. Like, literally, you will start sweating as those little shapes, hoping for the master conductor in the sky, to provide a way for them to travel to their destination. But you, the master conductor in the sky… knows they are screwed… unless, magically, you are able to quickly earn a locomotive to send their way. And then, miraculously, you’ve got that one tunnel you needed, or that one extra carriage… or what have you.

The thing that I didn’t understand at first was that a passenger triangle could go to ANY triangle station. So wherever the first triangle is in their path, they will get out there. Or square station, or whatever it is they are looking for. So the more rare, later arriving stations, become the death of you unless you are concentrating on these new shapes explicitly. New quick lines to the big interchanges will need to be constructed or you’ll bleed out with passengers waiting in line. Here is a quick gif of the progression of my first complete game:

What the gif, and the screen scrapes don’t show you are the constant movements of the trains that continually ferry passengers from stop to stop. And if you look closely towards the end of this gif, you’ll notice that I got two new shapes I should have used to start new lines. A pentagon and a cross. But you learn these things AFTER you play once or twice.

Mini Metro just released on the 6th of November on Steam, and so far it is doing really well.  I paid 10 bucks I think for Mini Metro, but I’m sure it’ll go on sale in the near future. So you can probably get it on the cheap going into the Christmas season? But it’s still a very solid game for $10. Lots of challenging levels (London, Paris, Melbourne, etc.) which bring different natural features and city centers to the forefront. But the biggest problem I have with this game? It’s not an iPhone or iPad game. But the developers consider the iOS/iPad as the natural fit for the game. I’ve got a few more questions in to the development team, but right now, there is no release date for the game. To be able to play a quick round while waiting at the mechanics? Brilliance. But currently it’s only available on Mac and PC via Steam.

iOS support aside, this is a clever little game that brings a ton of challenges under its simple skin. It’s  quick to learn. It’s simple to play. And yet at every turn the stress mounts quickly.