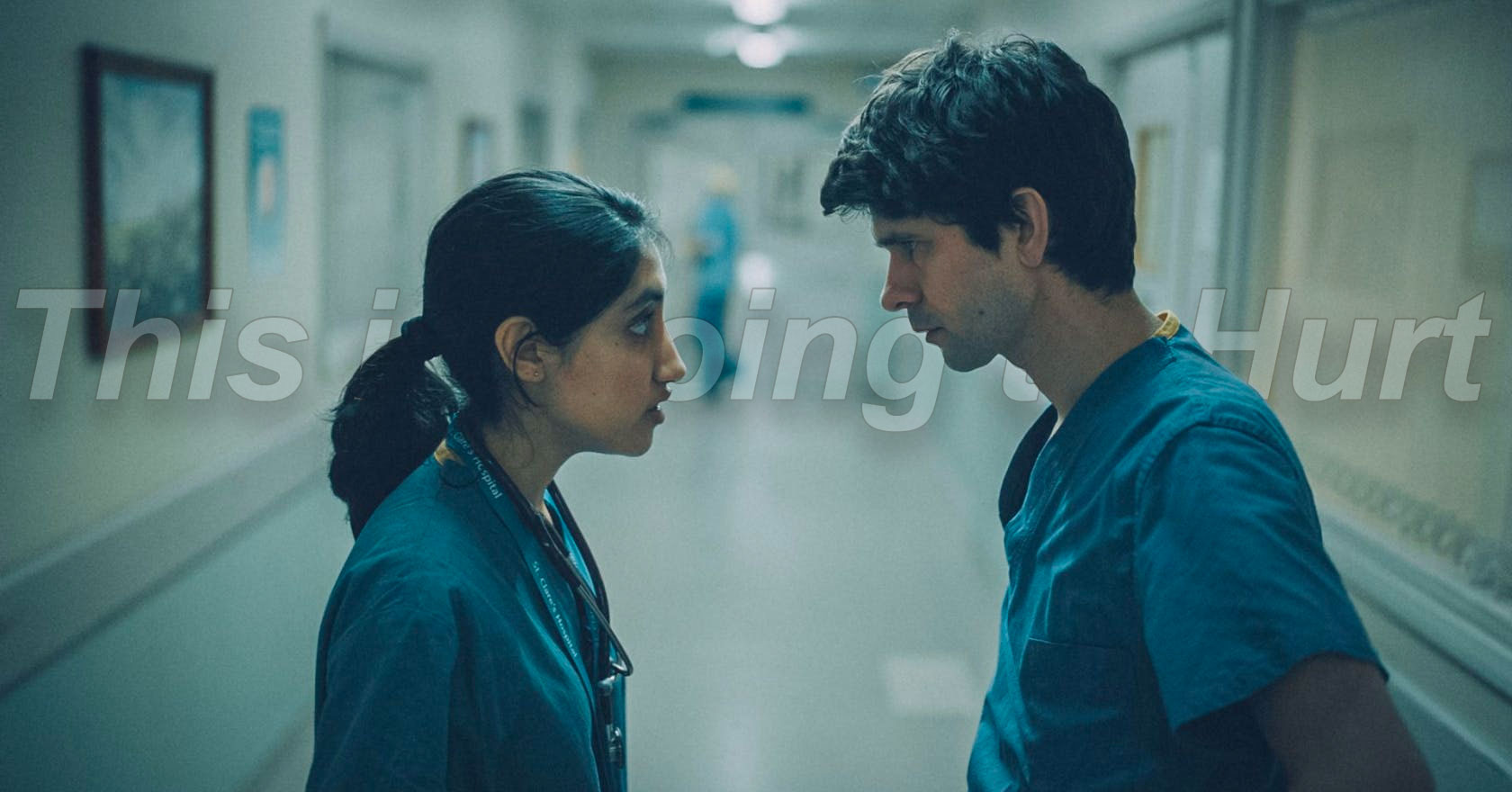 BBC Show This is Going to Hurt Recommendation

BBC Show This is Going to Hurt Recommendation. It takes a lot for me to pick up a new show. And when I do get dragged into a serial, I usually go kicking and screaming solely because the length of the commitment is just way more than I have to offer. But the BBC’s This is Going to Hurt has been well worth it. QUEUE THE TRAILER!!!!

This is available on Prime… sort of. Prime will only show you one episode, and then you’ll need to subscribe to the Sundance add on. Or, the AMC add on. Want a trick? And this is free from me to you.

STEP 1 – Sign up for PureVPN, which is what I use, and I absolutely adore their tech, and the stupid cheap price they sell it for.

STEP 2 – Login to your VPN – you’ll need to select the UK as your VPN location.

STEP 3 – Head on over to the BBC player – right here – register for a BBC account, and start watching. Note, in the UK, residents need to have a TV license in order to watch TV. Like, at all. And specifically the BBC, don’t you dare watch the state TV without one. How do they enforce it? They literally dispatch trucks to comb the British neighborhoods to find TVs that aren’t paying the license fee, it’s a whole thing.

Now that you have access to one of the best shows on Television… what is it all about?

This Is Going To Hurt BBC Overview

At a high level, This is Going to Hurt focuses on the lives of a group of junior doctors working on an obstetrics and gynecology ward in a National Health Service hospital. It profiles their professional and personal lives and explores the emotional effects of working in a crazy stressful work environment. The show opens with a guy, Adam, a completely overwhelmed doctor actually, waking in his car. Why was he sleeping in his car? Well, apparently, he walked to his car after his last shift… and promptly fell asleep. He woke the next morning, late for his shift, and completely bedraggled. That is the tone and tenor of this show.

First and foremost, the main reason I ran, didn’t walk, into this one? Was solely because of Ben Whishaw. Ben Whishaw. Ben Whishaw. Nope you say? Well, that’s because you’ve never seen a couple of great movies… (The Lobster being the biggest) but the most impactful, greatest movie with Ben Whishaw as the lead, a movie that just rocked me one… Surge. Lordy lordy I loved that movie. Such a fantastic person to watch on the screen. Can’t get enough of him… especially in this show because it’s as if he’s brilliant… and yet he can’t catch a single break. The surf is just pounding this guy straight into the ground over and over again… and on top of it all, he makes gloriously awful life choices that compound the problem significantly.

I have several of my own personal experiences with run-ins with the British Health Care system. I lived in England for a year going to school, and thankfully, while living there, nothing much happened of any real import. But during a business trip to London, and while trapped there by a volcano (totally a different story entirely. But I recently mentioned being trapped in London by a volcano to a relative of mine, a very, very smart relative… and she, I mean, they go… absolutely not. Didn’t happen. Sure, I’m prone to tall tales. Expansive Flights of Hyperbole even. But this wasn’t even a smidge hyperbole filled… not even an ounce… NOPE DID NOT HAPPEN. THERE ARE NO VOLCANOES IN ENGLAND. Hahahah. I was like, I never said there were. It was Iceland’s volcano that grounded us. NO NO NO DID NOT HAPPEN! hahahaha. So great. Anyway, she, I mean, they and I sorted it out and had a laugh about it eventually.) I blew out my ACL – maybe after a pint of Guinness or two – and whilst walking on a wall……. singing songs from Mary Poppins…. hahahha. “ITS A JOLLY OLIDAY ‘IT YOU BURRRT!!!” Jumped down and SNAP. (It was a cadaver tissue replacement that didn’t graft correctly after a fall from my roof putting up Christmas lights! hhahah.)

Regardless of how I did it… I popped my ACL and was going to be stuck in England for another 10 days… So I went to the local doctor a couple times. My experience was nothing like this show, that’s for sure, but the waiting room was a sight to behold. The wait times weren’t horrific, but weren’t great. But when the doctor spun around and started Googling for how to tell if an ACL had been blown, I wanted out as fast as I could go. SURE, doctors don’t know everything. BUT DON’T GOOGLE IT IN FRONT OF THE PATIENT!!! Anyway… I got my free visit finished. My free crutches, and even a wheel chair if I wanted. All courtesy of the state. THANKS ENGLAND! And then went and tried to purchase Tylenol. (I think they gave me 5 capsules – apparently it’s a suicide risk med?? You can kill your liver with too much of the stuff? Now, let’s be clear, if I wanted to commit suicide? It wouldn’t be via Tylenol, that’s for sure! What a horrible way to go!)

Final Thoughts on This is Going to Hurt

All that to say, just watching a different medical system work, from an American point of view? That is worth the price of admission. Also? It’s heart-breakingly sad at times. You catch these glimmers of moments from the patient’s perspective here and there, and you are like, this is horrible. Yes, Adam and his colleagues are wicked smart. And really good at what they do. But the massive wall of humanity that is just chucked at them with just such regularity? Unbelievable really.

Some have said that the humor juxtaposed with the horrible nature of the story doesn’t jive. But I argue it works infinitely better this way. This isn’t Dr. Death. It isn’t the telling of a horrible nation-wide drug tragedy like Dopesick. This is something other entirely. But I can see why this tension, or mental disconnect, doesn’t work for you. It definitely is a different kind of a show the way Adam breaks the fourth wall and regularly explains what is really happening to the viewer. But I, for one, appreciate the humor and the wall breaking. But what do I know?