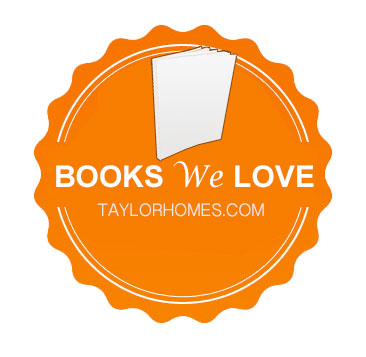 We’ve arrived.  The end of a year of book reviews.  We promised ourselves that we would do a solid year and we’ve made it!  This has definitely been a trying road seeing as though it has been the least popular post(s) we have ever done.  Since creating our first “Books We Love” book list we have had 369 people read them.  But I will give you a bit of credit because you’ve averaged just over five minutes on each post, so there is that. I hear some of you saying, 369?!?  That’s great!

But lets put that 369 number in perspective.  369 people came to 11 posts over the course of almost an entire year.  (That’s basically 33 per post.)  And over the same duration, there were over 20,000 people (21,250 to be exact) that came to this particular post about Memento.

The Downton Abbey post we’re embarrassed we even wrote?  15,000.

What about that throw away post we did on that new Banksy show in New York like a month ago?  Over a thousand, yeah… that’s right, 4x as many in less than a month.  Heck, you guys click on the About Taylor link way more than you’ve read all the “Books We Love Posts” combined!!!  And who is he anyway??!

And what about comments?  How many comments have you guys made throughout the series?  Wait for it, I’m going to go check.  Don’t you move.  Oh that’s right.  ZERO.  Snicker.  And in the same time we’ve seen just a few of our movie posts amass over 200 comments and over 50,000 words from people talking about those handful of posts.  50,000 words?!?  I actually cut and pasted all the comments from this same time period into Word and counted.  Seriously.  I just did that.  51,420 words of people opining their hearts out.  And that’s just in the past year we’ve been writing our Books We Love reviews.

Sod all that, we just realized we’ve sold more RABBIT HUTCHES than we have had viewers of our Books We Love posts!  Bah!  But even though we will say all this, we have enjoyed doing these Books We Love reviews more than all the other posts and comments combined.  We love reading.  We love finding new books.  We love digging for more and more and more books.  So even though we seem upset that no one is reading these posts, it really is OK.

But, even saying this, December’s Books We Love post will be the last we do here at Taylorholmes.com.  We will obviously continue amassing lists of books that we love.  And we will continue piling books on our proverbial bedside table.  But we just won’t take all the extra time to list them out here formally anymore.  We met the goal we set for ourselves, a single year of book reviews.  So pardon us whilst we pat ourselves on the back a bit for that small pyrrhic victory.  But I would love at least ONE comment before we are done.  That would be just lovely.  Cough.  heheh.

Regardless, here is our swan song books list for December.  We probably will do a year end review wherein we will review for you the best books of the year for our 300 some odd readers.  Can’t let you guys down!  hahah.

We at Books we Love adore books that work against the standard grain.  And if you enjoy a book that runs uphill while everything else is accelerating down???  This might work for you too.  October List runs backwards over the course of a three day weekend.  At the beginning of the novel (the end of the timeline) Gabriela McKenzie is awaiting word from the kidnappers of her six year old daughter.  She will be paying $500k and will also be handing over the mysterious October List.  As the timeline works backwards the reader will have to reevaluate the details we already have been told until we all have a collective shock of recognition.

A Book Fetishist’s dream. This book is set in Hay-on-Wye. Anyone?  It’s only the greatest town in all the world.  If you don’t know it, maybe you should read more about it here.  Regardless, our young hero, Peter Byerly has recently relocated after his young wife passed away.  Upon opening an eighteenth-century study of Shakespeare forgeries, Peter is shocked when a portrait of Amanda tumbles out of its pages. Obviously it isn’t his wife because its an old Victorian painting.  But this pulls Peter into a trail of mystery back to Shakespeare’s time.  And he might even discover that Shakespeare has truly written all his plays at the same time.

The only major dilemma we had with this book is that we are a staunch supporter of the Sir Francis Bacon is Shakespeare camp.  If you are completely adrift in this particular topic – you can quickly come up to speed here as well.  Regardless, we truly adored this gorgeous Hay-in-Wye run down book lover’s lane.

The Dark Voyage by Alan Furst

May 1941. At four in the morning, a rust-streaked tramp freighter steams up the Tagus River to dock at the port of Lisbon. She is the Santa Rosa, she flies the flag of neutral Spain and is in Lisbon to load cork oak, tinned sardines, and drums of cooking oil bound for the Baltic port of Malmö.  From Alan Furst–whom The New York Times calls America’s preeminent spy novelist–here is an epic tale of war and espionage, of spies and fugitives, of love in secret hotel rooms, of courage in the face of impossible odds. Dark Voyage is taut with suspense and pounding with battle scenes; it is authentic, powerful, and brilliant.

The Skies Belong to Us – Brenden Koerner

Did you know that from 1968 to 1972 airplane hijackings were routine occurrences?  Neither did we.  They used to happen once a week they were so routine.  This is the story of the years of the wild wild west skies.  This particular book is about the longest distance hijacking in American history. We couldn’t believe it.  Any of it really.  Great telling of a fascinating period of the American Aviation history.

When She Was Gone by Gwendolen Gross

What happened to Linsey Hart? When the Cornell-bound teenager disappears into the steamy blue of a late-summer morning, her quiet neighborhood is left to pick apart the threads of their own lives and assumptions. Linsey’s neighbors are just ordinary people—but even ordinary people can keep terrible secrets hidden close. There’s Linsey’s mother, Abigail, whose door-to-door searching makes her social-outcast status painfully obvious; Mr. Leonard, the quiet, retired piano teacher with insomnia, who saw Linsey leave; Reeva, the queen bee of a clique of mothers, now obsessed with a secret interest; Timmy, Linsey’s lovelorn ex-boyfriend; and George, an eleven-year-old loner who is determined to find out what happened to his missing neighbor.

The Theory of Everything by Stephen Hawking

Buckle up, because you are in for a crazy ride!  In this series of lectures Stephen W.Hawking tries to give an outline of what we think is the history of the universe from the big bang to black holes. The first lecture briefly reviews past ideas about universe and how we got to our present picture. One might call this the history of the universe. The second lecture describes how both Newton’s and Einstein’s theories of gravity led to the conclusion that the universe could not be static: it had to be either expanding or contracting. This, in turn… oh you get the idea.  If you stopped reading after the first line, pass.  If you continued on, give it a go.  We loved it.  Hawking is a brilliant mind who makes it pretty easy to digest despite the complicated topic.

The Repeat Year by Andrea Lochen

After a year of hardships, including a messy breakup with her longtime boyfriend Phil, the prospect of her mother’s remarriage, and heartbreaking patient losses at the hospital, Olive Watson is ready to start fresh. But when she wakes up in her ex-boyfriend’s bed on New Year’s Day 2011—a day she has already lived—Olive’s world is turned upside down.  Shouldering a year of memories that no one else can recall, even Olive begins to question herself—until she discovers that she is not alone. Upon crossing paths with Sherry Witan, an experienced “repeater,” Olive learns that she has the chance to rewrite her future. Given the opportunity of a lifetime, Olive has to decide what she really wants. Should she make different choices, or accept her life as she knows it, flaws and all?
Scatter, Adapt, Remember by Annalee Newitz

As a species, Homo sapiens is at a crossroads. Study of our planet’s turbulent past suggests that we are overdue for a catastrophic disaster, whether caused by nature or by human interference. It’s a frightening prospect, as each of the Earth’s past major disasters—from meteor strikes to bombardment by cosmic radiation—resulted in a mass extinction, where more than 75 percent of the planet’s species died out. But in Scatter, Adapt, and Remember, Annalee Newitz, science journalist and editor of the science Web site io9.com explains that although global disaster is all but inevitable, our chances of long-term species survival are better than ever. Life on Earth has come close to annihilation—humans have, more than once, narrowly avoided extinction just
during the last million years—but every single time a few creatures survived, evolving to adapt to the harshest of conditions.