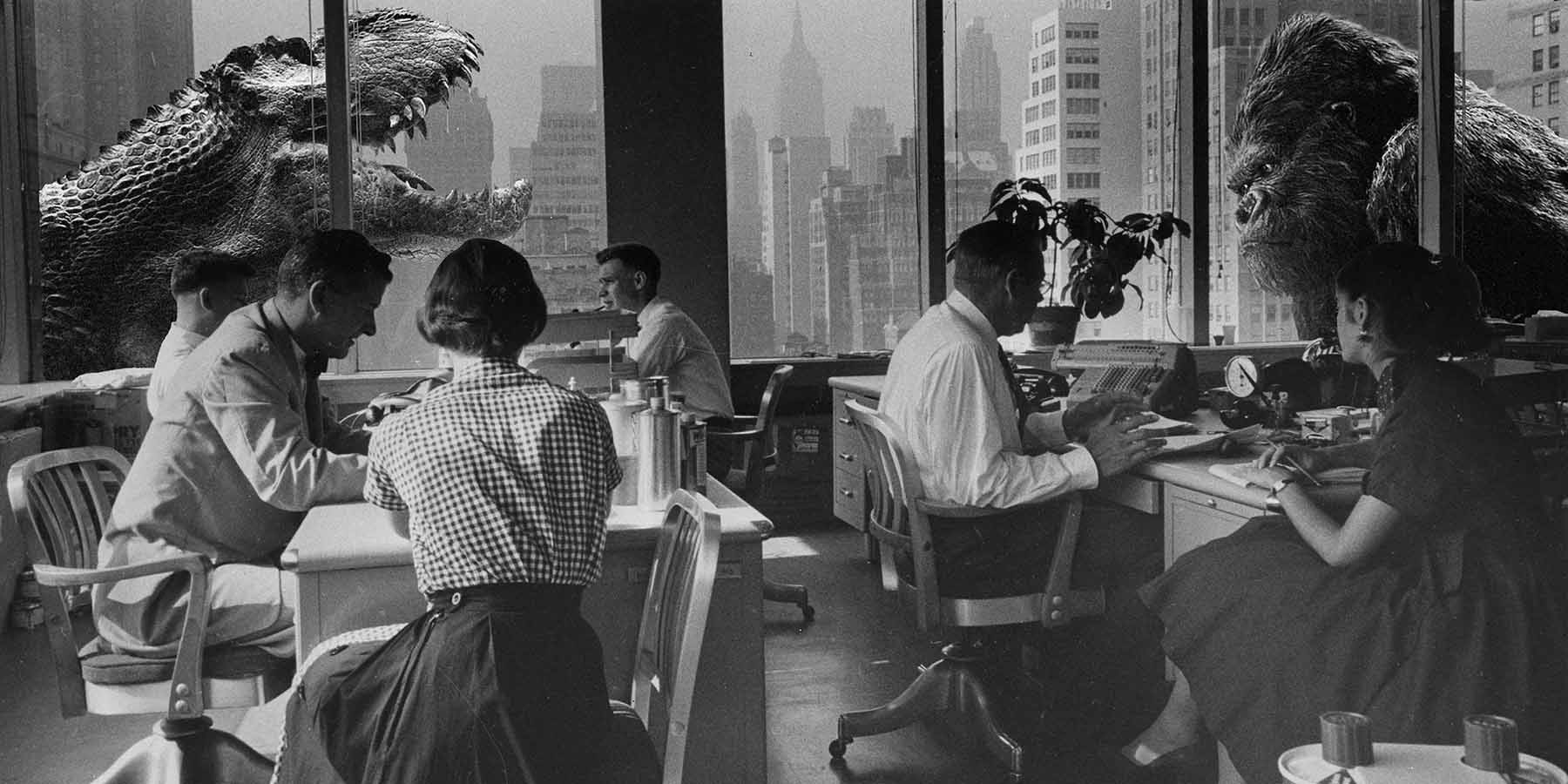 Life has been really crazy the past month or two on the THiNC. front. If you are new here, you can just bounce, and maybe read this movie spotlight, this show recommendation, or this movie recommendation instead. This probably won’t matter much to you. Which, I get. No stress. No harm, no foul. But we would like you to hang out all the same. We do, after all, share the same love for crazy movies, crazy mindjobs, and awesome indie films. (How do I know this? Well, the only reason you got here was because of that movie search you just did over on Google. I loved that movie too – most probably anyway! hahaha.)

First, a quick update to those of you that weren’t in the loop. About a month or two ago, I popped a flare letting you guys know that my job over at Compassion International had come to an end. I had been there over fifteen years, had had a ton of fun helping kids around the world. I mean, I was a poverty eradicator… um, coolest job ever. Seriously hero-sized portions.

But that cool little job ended and since then I had heard from a number of you, all of you offering awesome tips, ideas, and advice about how to abscond with a job in one clever way or another. Some of you mentioned jobs at your local place of employment. Some of you connected me with presidents of organizations, or various contacts you had at other companies. A couple of you were local – friends of friends sort of a thing – and we had lunch, or threw emails back and forth. It was really cool. And first, I just wanted to say thank you for the outpouring of support I got from all of you. You have all been really fantastic.

Can I opine for a moment about the world that is interviewing and the ‘normal’ that is a job hunt? This is coming from someone that is DECIDEDLY outside of the system. My first job, (first real job), I sent in one, physical application, in an envelope, stamp, the works. My second job I just bugged the hell out of a few people at the new company until they capitulated. I might as well be an alien in the world that is now the job hunt arena.

The moment I knew I was going to be sans a job, I blew it up starting to look. And all of it was wrong. Every single thing I did was wrong. But it was because it felt to me like I was back in high school, hoping to get a seat at the jock’s table. However, with a physical application process, where I would walk up to the table and try to prove to them I had what it takes to sit at that particular, fairly elitist, table. “No really guys, I know a LOT about New Kids On The Block, you will be amazed by my NKOTB knowledge. Ah. Not your thing? oh. Um. What about the differences between centrifugal and centripetal forces? Nope. Got it. What about rolling a wicked good doobie? Ah, now we are getting somewhere? Yeah, I actually don’t know anything about that. But you knew that already. Perfect.”

And that we, as a society, have decided that this is the best way to hire? It’s ridiculous. Like, just unbelievable to me. And after 5, or 6 hours of chatting about boy bands and the like, a decision pro or con is arbitrarily made. The funny thing about it all is the fact that I have hired a literal metric butt-ton of people. Contractors. Full-time. And I actually really prided myself on being really good at it. Well, there was that one time I hired Jake. But, I mean, you don’t hit literally every pitch out of the park. That’s not possible. And yet, I had literally no idea about how brutally ruthless the hiring process can be. None. Zero. Tip to those looking for a job… go find a job you don’t want, something beneath you, and just get interview reps under your belt. Like 10 or 15. Practice swings before you even take your first real pitch. It literally annuls the pain and stress of it. By that 15th one, you sort of just giggle at the stress of it. Whatever. Literally, I had recruiters telling me, yeah, you’ll be interviewing with 2 people for an hour. I was like, really? That’s all? Okay. I’m game. But it is, by definition, a gauntlet. And it’s built that way intentionally. Why? I don’t know. But it’s that way intentionally.

In the past couple of months specifically, the race really went to ‘ludicrous speed’ all of a sudden. For a little while there, a month plus ago, I was really seriously considering kicking off an LLC doing consulting work for nonprofits (nonproft.com – there’s no i in nonprofit. heheh. I know, clever, huh? hahahah. In unrelated news, If you’d like to buy the domain name nonproft.com, it’s for sale!) or maybe getting my PMP certification and going back to doing project management work… which I had done at the beginning of my career. I just didn’t know what I was going to do. It wasn’t that there weren’t options – there were too many options. I even started talking with several developers about kicking off an internet SaaS startup. (Trust me, it was a super clever idea. But I can’t tell you because I don’t have enough non-disclosure agreements to go around. And I still might build that thing… we’ll have to see.) But, then, out of nowhere, it was like this unholy race started out of the blue. There were background conversations with Adobe, and a cool little non-profit doing educational stuff. But ultimately the conversations came down to Wells Fargo, which was first to the table with an offer. Then it was the non-profit firm. And Adobe was pushing for a decision suddenly. But there was still a white whale out there on the horizon that really had my serious interest. Guess I consider myself something of a Captain Ahab. Does that mean I have a death wish? Yeah, maybe? That is how that story played out, didn’t it?

So instead of doing the obvious thing, and taking one of the offers on the table, I asked the hiring managers to… um, wait. Now, I don’t know about you, but hiring managers don’t take well to being told to wait. But instead of becoming offended, they increased their salary offers. Which, I’m not sure why, I didn’t see coming. So, now things started getting tricky. Why? Because I had only had one preliminary conversation with the white whale. You understand how stupid this was? The interviews really hadn’t even started yet. And in the week after I asked them to wait, I’d found myself starting to have regular, and sustained, panic attacks. hahaha. Yes, I understand that I have a flair for the hyperbolic. But I am not kidding here. There was one positive though to what was going on. The month prior, I had taken to rethinking my career entirely. That there was no way in any real universe that I would land a Product Management role for a large company. (Which was my goal at the time.) Just didn’t seem like my non-profit bonafides were significant enough to convince hiring managers I could help them. And this new phase convinced me to stick with it… and most importantly, to not compromise. To chase the job that looks best, no matter the mental cost. (Oh, there have been mental costs.) Now, here I was… only one conversation in, and I was telling other offers to wait? Yeah, I’d completely lost my mind.

Only fellow product managers that have gone after hardcore product manager roles will understand this next bit. So I will take a moment to explain a few things. (Don’t worry, I didn’t understand this either seeing as though I became a Product Manager accidentally, and through osmosis, not through training.) Well, apparently… Product Managers in the technical world are really the quarterbacks of the internet world. They create/birth products and then bury them. They define minimum viable products, and launch/go to market. They rack and stack priorities. They work with the development teams to manage bugs, and solve them. They keep all the various teams in motion – and everyone moving towards the end zone. So when I started knocking on doors, and asking employers if I could be their technical quarterback, I got quite a few laughs at first. But then I had an interview over at Indeed, and it changed everything.

To say that the interview went poorly, is to put it surprisingly lightly. He asked me two questions. And expected the interview to last an hour. And the questions were simple. “If Indeed didn’t have remote job information, how would you determine the hiring managers who wanted to see those looking for remote work exclusively?” And I answered the question correctly. He said so. But I answered the question in 3 minutes. No. That isn’t how it works. How do I know? Well, there are literal BOOKS written on the topic of the cracking the Product Manager interview. Here’s one (that I read), and another (that I read), and another (that I read)… and there are more. Trust me. The funny thing is, I felt like I was only just starting to get a handle on what I needed to learn in order to become good at being unemployed… and looking for a job. And I’m realizing that becoming an expert at interviewing becomes self defeating. You know? “Hi, I’m Fred, and I’m a professional interviewer. I prefer the term, ‘recidivist interviewer’.”

It was interesting – this process – and the chaos that is a job hunt. I think I was really seriously chasing a job for only about 75 days. And even that about broke me. I mean, I guess that is hyperbole. You do what you have to do. And we have all figured this out. We just do the interview thing because that is how the system works. What would the alternative even be? Poetry readings? Jousting to the death? I mean? I guess it is the system we have, and it works. Maybe professional test drives? 2-Day test drives? It’s a two-way test, where you just log in, and join the meetings, contribute, offer ideas, ask questions? Meh. That could be dangerous… no? We could firewall the organization for safety precautions? So we need to have the 11 o’clock meeting in the interview container. But I need those security diagrams! Nope… no security diagrams for you.

Anyway – I’ve lost the thread of this story. Like, worse than normal. Oh, well. So yeah – I was offered a job at CVS. I’ll be working with a fantastic group of digital product managers, and will be managing CVS’ the digital transaction systems, as well as their Care Pass program. (Think Amazon Prime).

So thanks everyone, thank you for your well wishes, your support, and your words of encouragement. Thanks for those of you that bought me lunch, or shared a beer, and talked through your company, or other options. It meant a lot to me. Regardless, I’m guessing my availability for movie watching, movie thinking, movie writing, will all go down for the next couple months as I get in the saddle over at CVS. Please bear with me as I figure this new gig out. But know that I’ll eventually figure that work/life balance thing out again. Thanks for being so understanding over the past few months, and in the future as well. Appreciate you guys. Until next time.